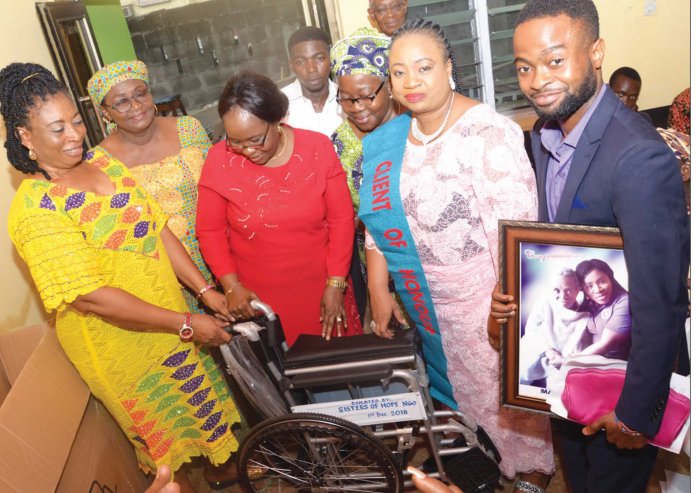 A forum for the elderly people, organised by Beachmore Homecare and supported by Sisters of Hope organisation, brought some relief and reminded them of good life at old age, writes Ferdinand Ekechukwu

“One obvious challenge is awareness. It’s even a general thing in Nigeria. Awareness that it’s a foreign idea in Nigeria that Africans we don’t dump our parents. Like its alien there’s a kind of myth that when you entertain homecare then it means you are neglecting your loved ones. And through interpersonal and programmes like this, we are able to now begin to educate people that it’s not a myth; it does not abandon, it extends life which you can see from the look of things”, Folakemi Olofinjana passionately relates to this reporter the challenges faced running a homecare for aging parents penultimate Saturday at the 2018 Annual Elders Day Forum organised by Beachmore Homecare For The Elderly.

The centre she runs caters for the elderly. Olofinjana, a UK trained health and social care assistant on this occasion of her elders’ day event, continued, “From the look of things I have two people on that seat that have been in coma and they have recovered because of care; attention that’s what is all about and love. Love does all things. Total love and care does all things in the area of health and longevity of life. Another challenge is obviously finance. Because to give the elderly the best, you really need to power it and then some of them are on some diets and some of them are on special needs drugs. Some of them need aids, like wheel chair they need adaptive instruments to help them maneuver.

“So those things are expensive given the nature of our country so we obviously would need sponsors or we would need people who are motivated with this kind of mind to collaborate with us so that we can bless the elderly as most of these elderlies have actually spent the better part of their lives to serve society.” The atmosphere at the occasion entraps the unstinting aura expected of such gathering as a verse in the bible was taken to drive home the essence and fundamental thoughts in line with living attributed to God. The verse from Psalm 71:9 reads, “Do not cast me off in the time of old age; do not forsake me when my strength fails,” reminding one that the Lord does not forget the weak.

She narrates the case of an elderly woman found faced down on the floor in a pool of blood in her bathroom. she survived it. That incident attracted the highpoint of the day as the survivor, Mrs. Ogunyemi, 85, was recognised and presented with Client of Honour as a model of sort. “We treated her. some think she might not be able to walk. And then mummy Ogunyemi still walked. All about four five series of attacks she survived all. She survived diabetes, high blood pressure, she even survived coma.

The occasion was in conjunction with Sisters of Hope, a group of six like-minded women who believe in giving back to the society through human support programmes of various kinds to the needy and hopeless, hence the theme of the programme, ‘Bringing Hope and Care to Our Elders’, which synergies with what they do. In the words of the president of the Sisters of Hope, Dr. Dora Ofobruweta, “we started this organisation about seven years back. It was a vision that we got. In our kind of world and kind of society, there are a lot of problems; there are a lot of challenges.

For Olofinjana who described herself as a child of old age, the journey caring for the elderly started thus; she was born when her father was in his 50s and her mum too. So and as the last child of her mum, she had taken care of them with her younger ones. So “it had been in me but it became identifiable when six years after I got married in 2004, we relocated to England because my husband had to take a course so I had to join him with my son. Though I had studied Agric-Economics in Nigeria, I had to get into some sort of vocation to make ends meet as foreigners in that land. So in the course of arriving in England in 2004, I joined an organisation called Connection, it’s an agency and I was trained and redeployed to work in Middlesex Hospital in Central London as what you can maybe called a chamber maid.

“I worked there for about five months and I was training at the same time. So in the course of the training, and then I got enrolled, one of my managers identified that I had the quality to care for people. So she, a white lady then advised me to try and enroll with this training for the care of the elderly. So in five months after I arrived in England, I think I arrived in June, and then by December I was already having a preliminary training in health and social care of the elderly. So I enrolled with London Progressive College, and I privately had to fund myself in that training then. So shortly after I enrolled, I got trained within that five months then I got a certificate level one to work as a care assistant.

“So the agency now got me posted to an organisation called Beachmore Homecare for The Elderly in Bromley London. I arrived at this organisation in 2004 December as a Young Health and Social Care Assistant. Upon my arrival in the organisation, within three months I was identified again and recommended to further my vocational studies so I was recommended and I began my level two training, level three and level four in health and social care of the elderly.”
A year after she returned to Nigeria following the end of her spouse’s prorgamme in UK in 2010, arrival in April 2010, she discovered that this kind of area of her occupation is not rampant in Nigeria. So along the line, within about four months after she stumbled into an organisation that runs domiciliary care for the elderly here in Nigeria and then she put in application which they turned down but two months after, they called her for an interview and asked her if she could work with them as a manager, she did picked up the job with the organisation.

However for some personal reasons after about eight months in the job she resigned. Two weeks after she resigned in January 2012, she got a call from somebody in Alausa, saying she should come and care for her mother. While she was busy receiving various calls like that, she had planned to refer them to well-care when one of her children then said ‘mum that is the way you can start your own’, and that was the beginning of it all in 2012 in a property space donated by an elder in her church called captain and Mrs. Adekoge a retired pilot. And then she started the domiciliary care.

“I started as an agency. I would recruit minimum standard of maybe auxiliary nurses or people with school certificates or science oriented youth. Then I would orientate them; train them how to provide domiciliary care for the elderly. Then I get them screened; police report, affidavit of good conduct and then I will ask them to bring their guarantor then I screened them health wise with the help of my husband who is a medical doctor. I get them screened to make sure that they have no hepatitis B, HIV or any transmittable disease. So this is how I get my workers ready. And then also, I ensure that the first prerequisite is that they have the passion and the compassion because working as a care assistant for the elderly, you are now to be trusted in all ways.

“So trust is the first prerequisite, compassion is the next one and then we envisioning into taking care of this vulnerable people. So it all happened like that. So what we have today is the second phase of the vision; the vision is to eventually have a nursing home where they can live we will have to all standard where they can still pick up their bits and pieces and live a normal life till the end of life. I had to break it into three facets because of finance. The finance made me to start as a domiciliary care, giving them the care in their homes, meaning that most people we are caring for are people who can actually own their own homes or who live with their own children that can give them a home. Then all I do is to provide a homecare assistant and then I supervised them and provide all other professional assistance and people give me whatever they can give me in a way of donation.

“Then the second stage is I now saw that they were living too sedentarily, they needed activity to go on because some of them started to recover fully; some recovered fully, some are recovering to a state of maintenance. So now with this space, I thought of we could make the best use of this little space because it’s also in a lucrative area in Adelabu Street Surulere and then we can have it opened for the elderly. They will come here and reminiscence, they will go into all this little things they have been doing before for relaxation, games, sometimes we can even have fellowship, sometimes I could have motivational speakers in area of health and social workers to come and motivate them and keep their lives going. So it’s all about living life gracefully in old age until the end of life. So the third stage to be envisioned as God prospers us is where I will be able to accommodate them and then they can finish off gracefully there.” 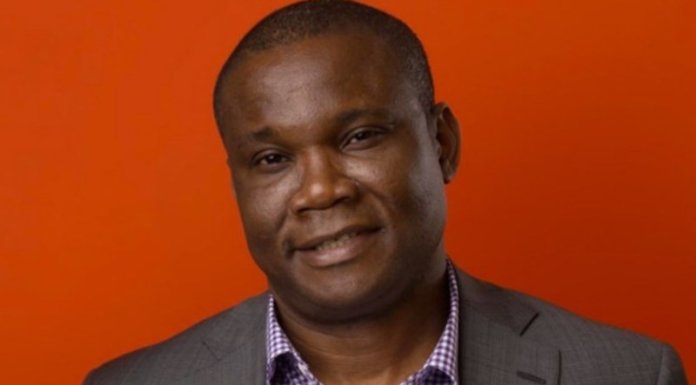