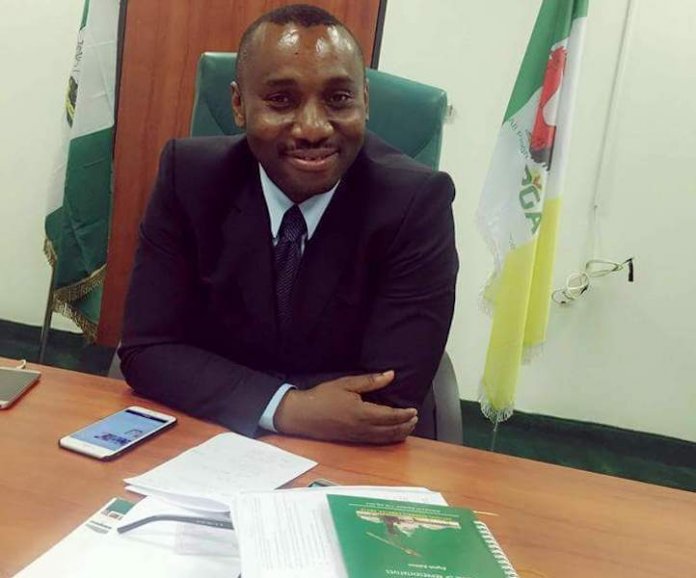 The most popular definition of Democracy is that it is Government of the people, for the people and by the people. When a group of people, through popular votes expresses its trust and confidence in their leader, at regular intervals, Democracy is said to be very much at work.

The recent primaries of various political parties aimed at electing candidates for the 2019 General Election was a platform to test the popularity of aspirants for various political offices. Those of the All Progressives Grand Alliance (APGA) the party in power in Anambra State were very keenly contested. Various aspirants campaigned vigorously especially in the social media, convincing delegates to the primary elections about their abilities to represent the people better than the incumbents.

One such seat where aspirants came out and sought to dethrone Hon Dozie Nwankwo the incumbent was the Dunukofia, Njikoka and Anaocha Federal Constituency in Central Senatorial District of Anambra State. Regardless of the fact that the incumbent Dozie Nwankwo was a very popular politician and philanthropist who had endeared himself to the people through his empowerment programmes and especially his Medical Outreach which had saved many lives and considerably reduced the number of otherwise blind men and women in the state and further reduced the cost of medicare for hundreds of thousands of people in the state, a few money bags and politicians who felt that black mail, conspiracies and intrigues would do the magic of unseating, Nwankwo tried their best to defeat him at the party primaries held on 5th October, 2018.

In the end, Nwankwo alias Onyendozi, not only defeated all the other contestants but did so with a very wide margin. The delegates gave popular vent to Prof Soludo’s well-reasoned advice during the Anambra State Governorship Campaign in 2017 – if it’s not broken, why mend it? They decided that since their representative in the Federal House, Onyendozi, was doing very well the only way to encourage him to continue his good works in the House was to re-elect him and make him a ranking member in 2019. With their massive votes, the delegates gave him a very clean Bill of health in preparation for the electoral contest with candidates of other political parties in 2019.

In terms of his score card in the House of Representatives so far, Nwankwo also displays an outstanding performance.
He has proposed the following bills for legislative action: Bill for an Act to amend the Sherriff and Civil Process Act, and Bill for an Act to Repeal Nigerian Development Bank Guarantee Act which will enable business men develop the economy without too many obstacles. Similarly the motions he proposed in the House include: Need to investigate accruals, management and disbursement of Nigeria Content Development Fund, motion on the need to ensure that all local and International markets in the Federal Capital are fortified with the prevention and firefighting gadgets, motion to repeal the provisions of Export Prohibition Act CAP E22 Laws of the Federation 2004 and Related Matters, motion on urgent public importance over the ban on exportation of dried beans to European countries from Nigeria by the European Union, motion calling attention to the poor state of infrastructure and abandonment of Federal Health Centers in Dunukofia, Njikoka and Anaocha Local Government Areas, his constituency in the Federal House and finally motion to tackle the devastating gully erosion in the same local government areas. In response to this motion, members of the House Committee on Environment led by Obinna Chidoka visited the Federal Constituency a week ago and personally assessed the extensive damage done by gully erosion in the area.

Nwankwo has undertaken numerous constituency projects in all the 51 wards and 22 communities that comprise the Federal Constituency.
The projects are in the form of donation of motorcycles, tricycles, grinding and sewing machines to various beneficiaries, construction and renovation of town halls, installation of motorized boreholes, construction of primary health centers and Doctors Quarters and in some instances donations of cars and as economic empowerment projects to some deserving indigenes of the constituency.

A legislator who performed these feats within less than 3 years in the House of Representatives will definitely take his constituency to a new level in the next legislative year and since such public spirited philanthropists and patriots are not easily available the people of Dunukofia, Njikoka and Anaocha Federal Constituency should consider themselves lucky and privileged to have Dozie Nwankwo as their Representative in the National Assembly.

Nwankwo, a native of Enugwu Ukwu in Njikoka Local Government Area of Anambra State holds a B.Sc degree in Accounting of the University of Port Harcourt and a Post graduate M.B.A degree from the University of Liverpool, England. Such high quality legislators are indeed what the electorate in Nigeria need as we prepare for the 2019 general election.
One can only wish Nwankwo every luck and success he deserves in his legislative duties and urge him to add more grease to his elbows.
–––Chike Okeke is a media consultant based in Abuja.