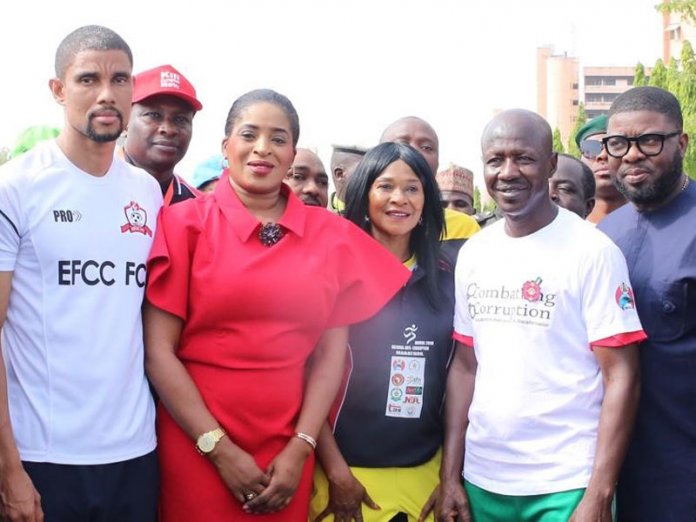 The maiden edition of the National Anti-corruption marathon has received commendations from participants and stakeholders in the country. The marathon organised by the Economic and Financial Crimes Commission (EFCC) in partnership with Bet9ja was staged in support of the Federal Government’s fight against corruption as well as in commemoration of the United Nations World Anti-corruption day.

Speaking on the success of the marathon, the Chairman of EFCC, Ibrahim Magu, applauded sports enthusiast and national heroes – Mary Onyali, Samson Siasia amongst others for lending their support to the initiative.

“Every effort must be made by Nigerians to sustain the anti-corruption fight of the government. No one should ever think of bringing corruption back to the country. It destroys our integrity as a people and as a nation,” Magu said.

He enjoined everyone to take the anti-corruption crusade as a serious war that must be won to save the country.

On his part Chief Executive Officer of Bet9ja, Ayo Ojuroye, said, “anti-corruption war can only be won through an inclusive strategy that involves public private partnership. This should not be left for the government alone to champion. Everyone, especially the organized private sector must join the movement to rid Nigeria of corruption.”

“How far we go as a country in driving socio-economic growth and development is a function of how well we are able to tackle the menace of corruption,” Ojuroye added.

He further said that Bet9ja saw the opportunity to join this movement by advocating the right values among youths and adults alike.

“It is a core belief of Bet9ja that organisations must contribute and be part of the solutions to socio issues confronting its operating environment, with the aim of creating a society that enables everyone to prosper genuinely,” the Bet9ja CEO concluded.

The Winner of women category of the marathon, Deborah Pam, said that through platforms of this nature, there will be general awareness on anti-corruption issues to enable people know the negative impact it has on the development of the country.

Since its inception Bet9ja has achieved rapid growth across Nigeria, with over 80 Retail Outlets and national staff strength of over a 1000.

The company continues to take deliberate steps to remain the number 1 Sports betting company in Nigeria that would bring innovation and definition to the future of betting services nation-wide while adding value to all stakeholders. 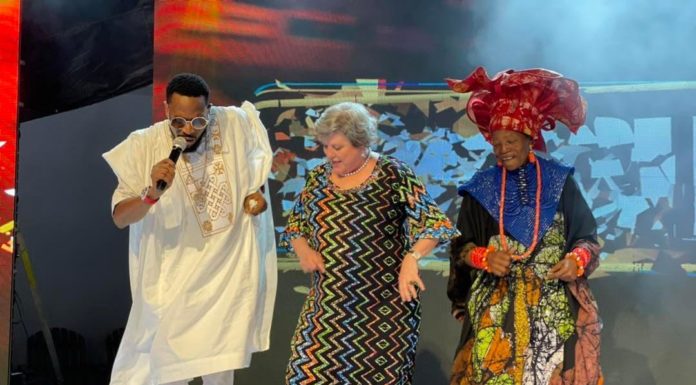 A VOTE FOR HARMONY AND STABILITY