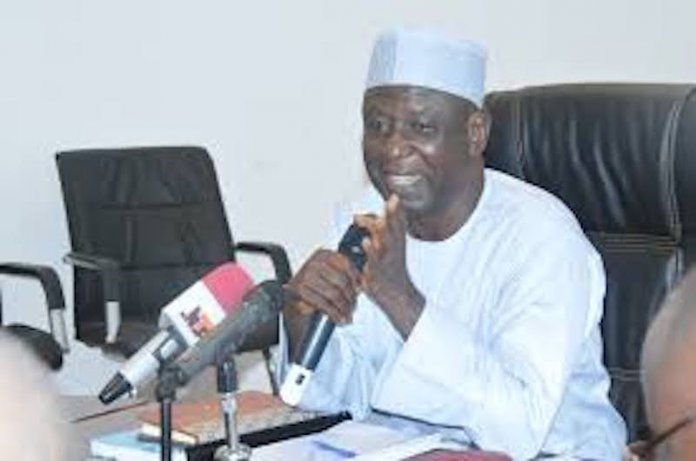 The Executive Secretary of the Petroleum Technology Development Fund (PTDF), Dr Bello Gusau, has said steady availability of liquefied petroleum gas (LPG) to communities especially up north might help minimise the frequent clashes between cattle herders and farming communities.
Gusau, explained that the frequent clashes were linked to receding forest resources which both parties need to survive.

He, therefore, urged experts and operators in Nigeria’s LPG market to look beyond the business and technical issues involved in the production of LPG for household use, to proffering solutions to the political and social challenges which create energy crisis in the country.

He said this at the recent eight edition of the Nigerian Liquified Petroleum Gas Association (NLPGA) annual conference and exhibition in Abuja.
He attributed the conflicts between farmers and herders to the struggle for household energy sources.

Gusau, equally pointed out that, there are strong and strategic national imperatives regarding the LPG initiative beyond economic issues which should be given adequate priority.
An example, he said, was firewood, which according to him was becoming scarce and expensive as an energy source and therefore the cause of conflicts.

“I will tell you one thing; virtually in the whole of the North East and the North West, the forest resources have been exhausted and partly because there is no other alternative fuel for households.

“Just take a trip from Abuja to Kano, if you pay attention, a large number of the trucks moving on the road are carrying firewood. Most of the farmers and herders’ clashes are largely attributed to the fact that there is a big struggle for forest resources,” he said.
According to him, until the country’s LPG initiative addresses the dearth of alternative energy sources for households, there was no way the conflicts going on across the country could be averted.

In his remarks at the meeting, the Minister of State for Petroleum Resources, Dr. Ibe Kachikwu, who was represented by his Special Assistant on Downstream Infrastructure, Brenda Ataga, advised the association to embrace a synergistic approach to addressing the impediments to safety, standardisation and technology which he described as precursors to the growth and sustainability of the sector.

In his address, President of NLPGA, Mr. Nuhu Yakubu, said the meeting would touch on policy initiatives aimed at supporting LPG sector growth, as well as generate diverse ideas from experts within and outside the country.

Meanwhile, a leading Australian academic and research institution, at the University of New South Wales (UNSW) in Sydney, has indicated its desire to collaborate with the PTDF in petroleum and energy research, as well as other related areas of academic activity.

A statement from the PTDF, explained that UNSW’s Vice President for External Relations, Fiona Docherty, led a team of the university faculty on a courtesy visit to PTDF, and said the institution wants to work with the PTDF, as the leading agency of the Nigerian government for capacity building in the oil and gas industry.

Docherty, explained in the PTDF’s statement that Nigeria’s global reputation informed the university administration’s decision to list it among the countries in Africa they are desirous of strengthening academic ties with.
“I have been to Uganda and my colleagues are coming from Kenya but my first option has always been Nigeria because Nigeria has a global reputation. We are here to acknowledge that and to understand how we might deepen ties between Australia and Nigeria.”