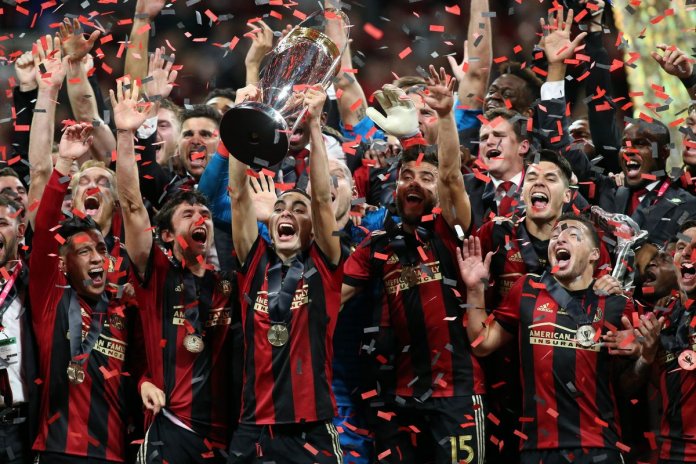 Atlanta United early hours of yesterday won the MLS Cup in only their second season in the competition with a 2-0 win over Portland Timbers.

MLS Most Valuable Player, Josef Martinez, opened the scoring on 39 minutes with his 35th goal of the season and Franco Escobar added a second after the break.

It was Atlanta boss Gerardo Martino’s final game in charge before he becomes head coach of Mexico.

“We won it, it feels good,” he said. “If I had to choose a way to leave somewhere, this is the best way.”

Venezuela international Martinez broke the deadlock for the Five Stripes when he rounded Timbers goalkeeper Jeff Attinella before slotting the ball into an empty net.

The Timbers, featuring former Aston Villa, Birmingham and West Brom defender Liam Ridgewell, started the second half strongly but were soon undone when Martinez won a free-kick for Atlanta.

Miguel Almiron’s set-piece was flicked on by Martinez into the path of Escobar, who fired into the bottom corner.

“For me personally, this is up there with the top moments,” said Atlanta goalkeeper Brad Guzan, who previously played for Aston Villa, Hull and Middlesbrough.

“You never know if you’re going to have this opportunity again.”

Atlanta – who finished second in the Eastern Conference in the regular season – were formed in 2014 and started playing in the MLS in 2017.