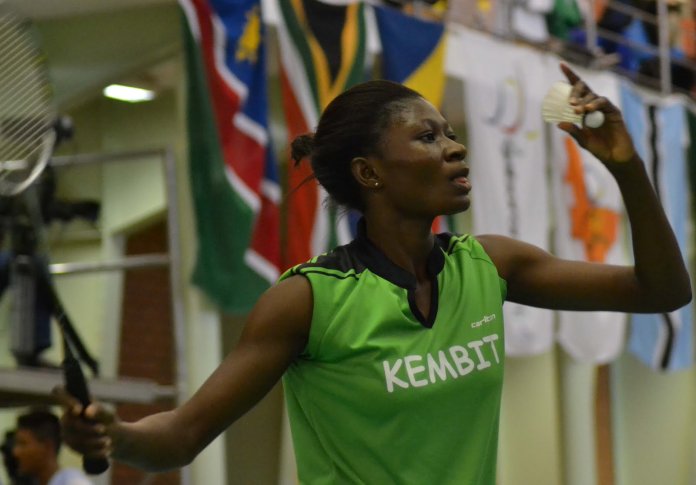 Nigeria’s Dorcas Adesokan one again did the country proud in Cape Town when she defeated Domou Amro of Jordan 22-20, 21-12 to emerge the champion of the South Africa International Badminton Championship, which ended yesterday.

In the first set, Adesokan saw off an impressive Amro by two points, but the Nigerian dominated the second set to win by nine points. The Jordanian had no answer to Adesokan’s incisive play in the second set and could only watch as the Nigerian went home with the top prize.

Adesokan said she was very happy she won the championship especially with the challenges they had to surmount as well as the effort and sacrifices made by Badminton Federation of Nigeria (BFN) to ensure they played at the championship.

She promised to continue putting in her best effort while flying the flag of Nigeria.

“First, I must commend the BFN for doing everything possible to get us to South Africa. Without their effort, it wouldn’t have been possible.

“The championship was keenly contested but I am happy to have emerged victorious. We had many top players at the event but the experience I have garnered at various international tournaments helped me a lot. I promise to continue doing my best for my country,” she added.

An elated President of the BFN, Frank Orbih expressed happiness over Adesokan’s feat as she has become the most dominant force in female badminton in Africa.

“I am elated and really happy with the victory. Dorcas is stamping her authority as the most dominant force in female badminton in Africa. She has been very hard working and consistent. She really deserves this victory and it will be a source of inspiration to our other female players to see one of them performing well at this level.

“This will also spur the federation to more action by leaving no stone unturned in making sure Nigeria returns to the number one position in Africa,” Orbih added.