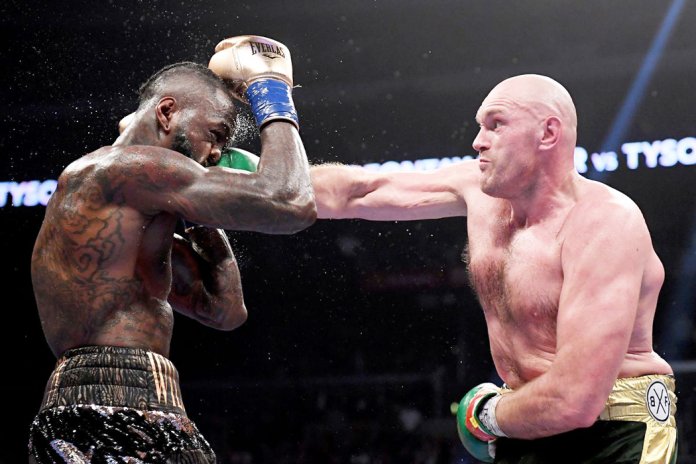 Tyson Fury has leapfrogged Deontay Wilder in the Ring Magazine’s heavyweight rankings and is now rated second in the world by the histori boxing outlet.

The two heavyweights’ recent title fight ended in a disputed draw with many believing the Gypsy King should have got the decision – including every member of Ring’s rating panel.

Ring Magazine have their own independent ranking system, compiled by their editorial board and rating panel.

The institution also awards a famous title and have been doing so for almost a century, having first presented a heavyweight belt to Jack Dempsey in 1922.

That very title ended up in Fury’s hands after he defeated long-time champion Wladimir Klitschko in 2015, though he later lost it due to inactivity.

Now the belt is vacant and can traditionally only be awarded when the top two fighters in a division face each other.

During Fury’s absence, it appeared this would only happen if Joshua fought Wilder, however, now it would almost certainly have to be an all-British clash to stake the title.