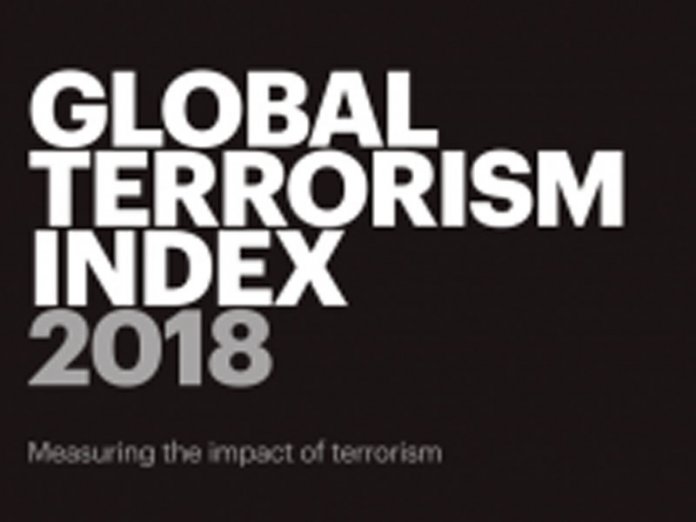 For the fourth year running, Nigeria has retained the third most terrorised country in the world, according to the 2018 Global Terrorism Index, blaming the spate of terrorism in Nigeria on the “increase in violence involving Fulani extremists and thousands of deaths committed by the deadly terrorist group, Boko Haram.

Meanwhile, the International Criminal Court (ICC) has commenced investigation into deadly clashes between Fulani herdsmen and farmers in North-central Nigeria to determine if war crimes have been committed.

In the report released Wednesday night, Nigeria is ranked only below Iraq and Afghanistan, which also retained their first and second positions respectively.

The deadly activities of Boko Haram and Fulani herdsmen were said to have caused the death of thousands of Nigerians, saying the state that were worst hit in the attacks are Plateau, Benue, Zamfara, and Taraba, among others.

The report, however, noted that when compared to the peak of “terrorist deaths” in 2014, “the largest falls in the number of deaths occurred in Iraq, Nigeria, and Pakistan, with falls of 6,466; 5,950, and 912 deaths respectively.’’

According to the report, ‘’Boko Haram, once the world’s deadliest terror group, has experienced a significant decline since its peak in 2014.

However, the group remains the most active terrorist organisation in Nigeria and until 2017, was the deadliest terror group in sub-Saharan Africa.

‘’Nigeria’s counterterrorism response in combating Boko Haram has been interrupted by the emergence of other extremist groups, most notably the Fulani herder extremists.

‘’The Fulani herder extremists have attacked civilians and military forces in the country.

However, the sizeable drop in deaths and terror incidents since 2014 indicate the success of Nigeria’s Civilian Join Task Force and international coalitions.

‘’Alongside its counter-insurgency plan, the Nigerian government also struggles with negotiations and reintegration efforts regarding its long-term strategy to deal with Boko Haram and its associates.”

The recent deadly activities of Boko Haram and armed men led to the killing of over 100 troops in Metele, Borno State and dozens of policemen in Zamfara State.

In another development, the International Criminal Court (ICC) has commenced investigation into deadly clashes between Fulani herdsmen and farmers in north central Nigeria to determine if war crimes have been committed.

In its 2018 Report on Preliminary Examination Activities released yesterday, the Office of the Prosecutor, ICC stated that between 2017 and 2018, new crimes were alleged in the context of the armed conflict between Boko Haram and the Nigerian Security Force (NSF) and with respect to communal violence in Nigeria’s North-central and North-east geographical zones.

The report summarised the preliminary examination activities conducted by the Office between December 1, 2017 and November 30, 2018.

In a report it released last year, the court found that both Boko Haram and Nigerian security forces had committed war crimes.

The 2018 report is a continuation of the earlier investigation conducted by the ICC. The new report obtained by our correspondent states: “Furthermore, the Office received communications on attacks allegedly carried out by Fulani herders and Christian settlers in the context of the violence in Nigeria’s North-central and North-east geographical zones.

“This violence, which has been observed by the Office since 2016, is often referred to as a conflict between Fulani herders and Christian farmers, stemming from limited access to water, land and other resources. “The escalation of violence in late 2017 and 2018 is reportedly the result of the rise of ethnic militias and community vigilantes and the passage of grazing laws in some of the affected states that reportedly imposed restrictions on herders, among others. Militias are also reported to have clashed with NSF deployed in the affected area to address the deteriorating security situation.

“Some of the attacks on civilians were allegedly committed by criminal gangs involved in cattle-rustling that were subsequently blamed on Fulani herders.

“The Office has reviewed these communications and continues to gather additional information to determine whether there is a reasonable basis to believe that the crimes allegedly committed in this context fall under ICC jurisdiction.”

ICC also noted that Boko Haram continued to engage in conduct that fell within the potential cases identified by the Office in 2015, relating to the commission of crimes against humanity and war crimes under the Rome Statute.

This, it said, included “attacks against women and girls and attacks against education (including schools, teachers and schoolchildren). UNICEF estimates that in the last nine years, at least 2,295 teachers have been killed and more than 1,400 schools have been destroyed in northeastern Nigeria. On February 19, 2018, 113 girls from the Government Girls’ Science Technical College in Dapchi, Yobe State, were allegedly abducted by Boko Haram. The group later released 107 of them, while five reportedly died during the abduction and one remains captive. Boko Haram also reportedly continued to intentionally target buildings dedicated to religion.

“For example, on November 21, 2017, an alleged Boko Haram suicide attack on a mosque in Mubi, Adamawa State, reportedly conducted by a young boy, caused the death of at least 50 persons.”

The report also said that there were further allegations on new crimes by Boko Haram, such as attacks against personnel involved in humanitarian assistance and taking protected persons as hostages.

It stated that on March 1, 2018, Boko Haram members allegedly attacked the town of Rann, Borno State, killed, among other victims, three humanitarian workers and abducted three female health workers, two working for the International Committee of the Red Cross (“ICRC”) and one for UNICEF. Reportedly, the ICRC health workers were then murdered in September and October 2018.”

In particular, different sources reported on alleged sexual violence against women and girls in camps of internally displaced persons in the north-east Nigeria which are under the control of the NSF and the Civilian Joint Task Force.

The crimes allegedly committed in this context fall under ICC jurisdiction. ICC noted that armed conflict in Nigeria continued during the reporting period.

It stated that at least three factions of what is jointly referred to as Boko Haram currently operate in Nigeria and the Lake Chad region bordering Niger, Chad, and Cameroon. These include the Boko Haram faction led by Abubakar Shekau, the Ansaru splinter group and the ISIS-supported Islamic State West Africa province led by Abu Musab Al-Barnawi.

It said: “Whereas the intensity of the hostilities between the NSF and the different Boko Haram factions was lower than in previous years, military operations against Boko Haram in the North-east of Nigeria continued under Operation Lafiya Dole.

“Boko Haram also continued to engage the NSF and to launch further attacks against the civilian population. It is estimated that the armed conflict resulted in over 2,000 deaths during the reporting period, including combatants and civilians.

“In addition, from January to June 2018, over 1,300 people were reportedly killed as a result of violence between herders and settlers in Plateau, Benue, Nasarawa, Adamawa and Taraba States and about 300,000 persons were displaced.”

ICC also estimated that the armed conflict resulted in over 2,000 deaths during the reporting period, including combatants and civilians.

It said that despite some co-operation by Nigeria, it observed that the country had not demonstrated a will to hold security forces to account because “the Nigerian authorities tend to deny any allegation against the security forces.” 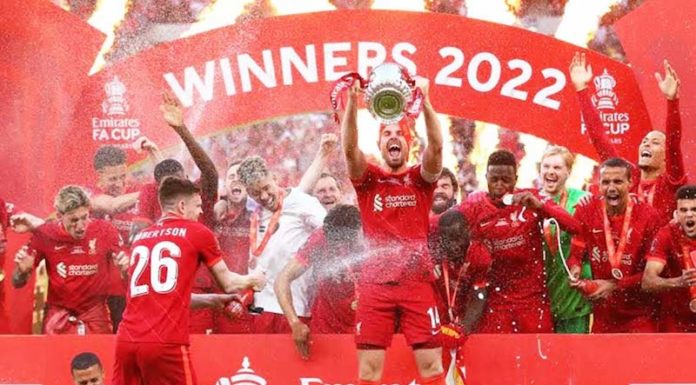 Tosin Adarabioyo Will He Join Three Lions’ Party to Qatar?