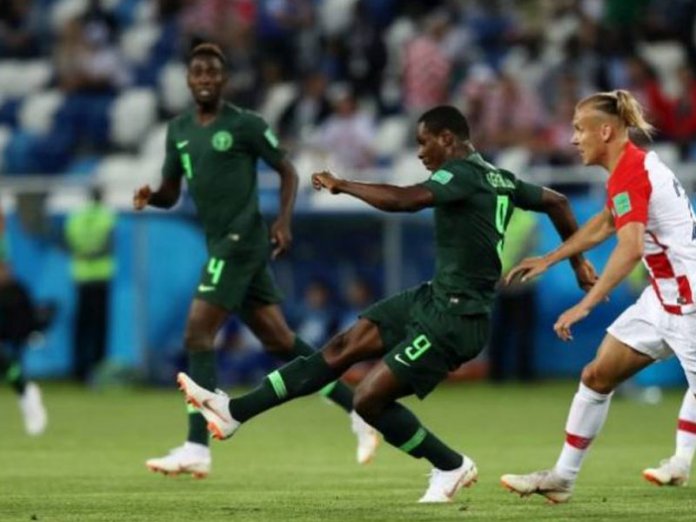 AFCON 2019 qualifiers leading scorer with six goals, Odion Ighalo, has joined the long list of past and present stars of the game to feature in ‘The Match: A Celebration of Excellence in Sport’ project scheduled to hold March 16, 2019 at the Onikan Stadium in Lagos.

The Changchun Yatai player in the Chinese Super League who is likely to return to Europe in the January Winter transfer window following the relegation of his team to the lower division was reported to be excited with the prospect of joining some of the biggest names in the game in the continent in extolling the giant strides made in sports development by Lagos State Governor, Akinwunmi Ambode.

Also listed to have accepted to be in Lagos is former Is Ivory Coast defensive midfielder for 14 years, Didier Zokora.

Zokora left Tottenham Hotspur to join Trabzonspor in the Turkish topflight. It was not long ago that Zokora who is the most capped Elephant dumped Indonesia club, Semen Padang, to end his club career.

From the home front, ex internationals like Samson Siasia, Nwankwo Kanu, Austin Jay Jay Okocha, Joseph Yobo, Julius Aghahowa and several others have been listed to participate in the African All-Stars versus Nigerian Legends.

In all, 21 African football legends including Drogba and Liberian President, George Weah, have been selected to participate in ‘The Match’.

Speaking at a media parley in Lagos recently to announce the project, Akanni who along with Samson Siasia are the chief architects of The Match, said Gov Ambode has made laudable sports development in Lagos that he’s worth celebrating.

“As internationals, we have seen the infrastructural developments in Lagos under Gov Ambode. The Onikan Stadium that has been abandoned over the years is under reconstruction to meet FIFA standard. Teslim Balogun Stadium is undergoing similar reconstruction while the Agege and Epe Stadiums are in fantastic shape not to talk of the Maracana Sports complex in Ajegunle.