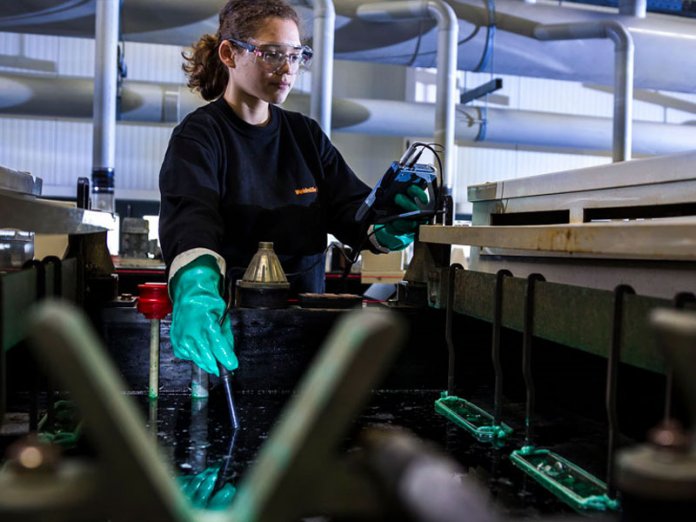 Despite some progress, the gaps in labour force participation between men and women remain large. To take just one example, no advanced or middle-income economy has reduced the gender gap below seven percentage points.
This uneven playing field between women and men comes at a significant economic cost as it hampers productivity and weighs on growth.

A recent IMF staff study finds that barriers to women entering the labour force—think of tax distortions, discrimination, and social and cultural factors—are costlier than suggested by previous research and the benefits from closing gender gaps are even larger than thought before. Policymakers should therefore focus on removing such barriers urgently.

Gender Diversity Matters
Our analysis springs from the observation—supported by considerable microeconomic evidence—that women and men bring different skills and perspectives to the workplace, including different attitudes to risk and collaboration. Studies have also shown that the financial performance of firms improves with more gender-equal corporate boards.

Surprisingly, previous studies have not looked at the macroeconomic implications of this micro evidence.
In the standard textbook analysis, the labour force is the sum of the headcounts of male and female workers. Because replacing a man by a woman in this sum does not affect the labor force, there are no gains from gender diversity: men and women are assumed to be perfectly substitutable.

But our evidence—from macroeconomic, sectoral, and firm-level data—shows that women and men complement each other in the production process, creating an additional benefit from increasing women’s employment on growth. In other words, adding more women to the labor force should bring larger economic gains than an equal increase in male workers (reflecting the fact that, in economists’ jargon, the elasticity of substitution between women and men in production is low).

The implications of this finding are significant.
A bigger boost to growth: Because women bring new skills to the workplace, the productivity and growth gains from adding women to the labour force (by reducing barriers to women’s participation in the labour force) are larger than previously thought. Indeed, our calibration exercise suggests that, for the bottom half of the countries in our sample in terms of gender inequality, closing the gender gap could increase GDP by an average of 35 percent. Four fifths of these gains come from adding workers to the labour force, but fully one fifth of the gains are due to the gender diversity effect on productivity.

Higher productivity: When interpreting past data in situations where the gender gap has been narrowing over time, the contribution to growth from improved efficiency (or total factor productivity gains) is overstated. A portion of the gain attributed to productivity is actually due to the increased participation of women over time.
Higher male incomes: Our results suggest that men’s wages will also increase as a result of greater inclusion of women in the labor force since productivity will increase. This is important because these higher wages should strengthen support for removing barriers that hold women back from decent work.

A bigger payoff to reducing gender barriers along development paths: The rise of the services sector driven by economic development brings more women into the labor force. But our work shows that barriers to women’s employment slow this process. These barriers vary across regions and countries, and are very large in some parts of the world—equivalent to tax rates on women’s employment of up to 50 percent. And the corresponding welfare losses (which take into account consumption and leisure time) are large, even when allowing for the fact that “home production” is reduced when women enter the labor force. For example, we find that welfare costs exceed 20 percent in the Middle East and North Africa region and in South Asia.

Reaping the benefits
While there is no silver bullet, there are several policies that can help narrow gender gaps. These include enacting laws to ensure that women have equal rights to own property and access credit. Reforming taxes (for example, by replacing family taxation with individual taxation and providing tax credits) can incentivise labour force participation among low-income earners. Tackling gender inequality in education and health care, including publicly financed maternity and paternity leave, expanded childcare, and elder care availability can increase women’s participation in the labor market. Improving access to transportation, electricity, and water infrastructure can also help lift women’s participation in the workforce.

The big picture
These are not all new concerns, but there is a renewed sense of urgency. For years, the IMF has been at the forefront of policy analysis highlighting the economic costs of inequality and possible remedies. We know that the un-level playing field between women and men has substantial economic costs and can impede the economic health of nations. What we are now learning is that these costs are even larger than we thought. Now that we see the full picture, the case for greater gender equity has become even more compelling.