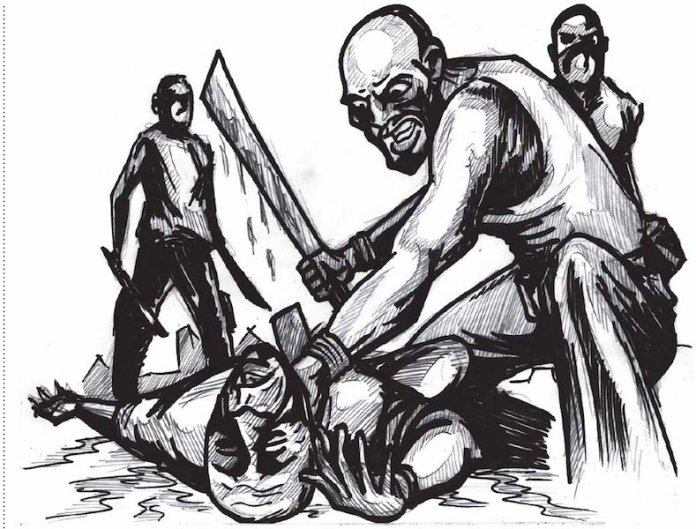 The rate of mob justice is surging. We must all work within the law

In all civilised societies, disagreements between individuals and groups are settled through the judicial process. That is essentially because the rule of law, as opposed to that of the jungle, presupposes that whatever may be the situation, everybody is entitled to a fair trial before punishment could be meted if found guilty. But as more and more Nigerians shun the instrumentality of the law in the settlement of disputes, many innocent citizens are getting maimed and killed. It is all the more worrying that those who are licensed by the state to carry guns now abuse their powers to enthrone impunity by taking the laws into their own hands.

Nothing depicts this state of lawlessness in Nigeria today than the murder last week of a Lagos State Traffic Management Authority (LASTMA) official and the jungle justice meted to his assailant, an operative of the Federal Special Anti-Robbery Squad (FSARS) who died two days later. Stopped for violating a traffic law, the FSARS police inspector reportedly drew his gun and killed the LASTMA official before the mob descended on him. Even though he was rescued by his colleagues, he died on the way to the hospital from the beating he received from the irate mob.

While the Lagos State Police Command has stated that the late inspector will be tried post-humously and dismissed from the force, it should worry those in authority that Nigerians now find it easy to take the law into their hands. The pertinent question that arises from such ugly development is: When and how did we sink so low as a society?

Meanwhile, the latest in a series of extrajudicial killings should not be treated in isolation of several other similar cases. It is important for the police authorities to get to the root of why many of their men and officers exhibit a warrior culture that more or less emphasise brute force over reason. That is why they behave like licensed thugs and kill at the slightest provocation.

For years, there were grave allegations of brutalisation of citizens by men and officers of the SARS (now FSARS) that have always been associated with indiscriminate arrests and detention of citizens as well as extrajudicial killing of suspects. It is within the context of that lawlessness that we can situate the killing last week of the LASTMA official by the FSARS operative. But it is also worrisome that Nigerians now find easy recourse in jungle justice given the manner the FSARS operative was given a dose of his own medicine. In civilised societies, the police officer would have been disarmed and subjected to citizen arrest, not jungle justice.

It is therefore important that Nigerians rein in all impulses to violence, self-help or any other form of extra-judicial killings in the settlement of disputes. While our society will forever carry the bloody stigma of the unfortunate incident of last week, we should all resolve that such a tragedy never happens again. Under the rule of law, it is the sacred duty of the judiciary to safeguard the rights and liberty of the citizens. Respecting such rights forms the bedrock upon which the society lays claim to civilisation. And the right to life is the ultimate measure of all rights.

The frequency of extra-judicial killings by agents of state as well as reprisal attacks by the mob vividly demonstrates that we are teetering towards a lawless society, with all the frightening implications for peace and security in our nation. The authorities, at all levels, therefore need to sit up to address these concerns before our nation descends into anarchy.