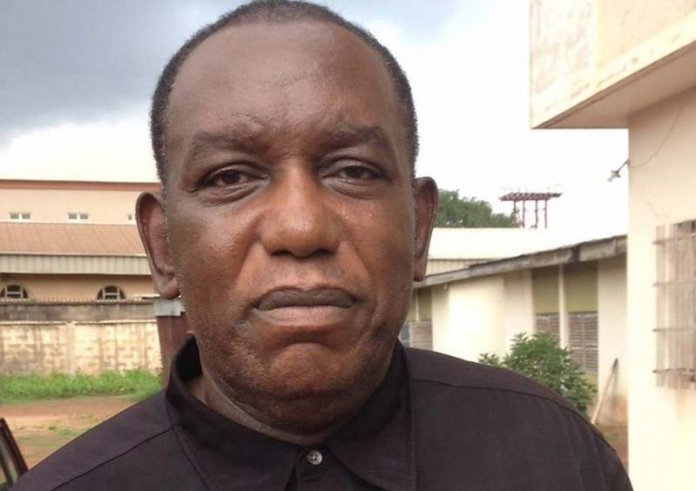 For the Enugu-based Delta Publications (Nigeria) Limited, Tuesday, November 27 marks a major milestone. The book-publishing company will be celebrating the 10th anniversary of its annual Coal City Book Convention. But this year’s edition of the event will be low-keyed, offering only a simple banquet. This is a departure from the previous larger-than-life diverse literary activities. “We are going to give it a rest this year,” the Delta Publications CEO Dillibe Onyeama says. “The staff and members of the planning committee will have a morning session of brain-storming to finalise on the way forward from next year, pursuant to our policy of continuous improvement. Over the years, we have been penning down ideas for radical change in people-oriented strategies to enhance fulfilment and expand the horizon of enlightenment for stakeholders in the book industry. That way, hopefully, we would increase sales of our titles and magazine.”
Considering the challenges facing the book-publishing industry, the outfit has not fared badly in the past decade, even when Onyeama says “We could have done better.”

The logistics of setting up an annual book fiesta on the scale of Coal City Book Convention are financially challenging. Onyeama disclosed that the maiden outing in 2009 was able to take off with government sponsorship on the platform of the Enugu Centenary Celebrations Committee. “The government gave us money, free use of the hall at Nike Hotel Resort, feeding for 50 guests, six free suites to host guests from other states, free transportation, and free publicity on both national network radio and television to advertise the convention. We didn’t get off to a bad start. Since then we have been pretty well making our own way from the proceeds of our book publishing activities, although a few good Samaritans like former Vice-President Alex Ekwueme bankrolled us every now and again and personally attended several of our conventions.”

Somehow, public interest and patronage of the literary activities have been most encouraging. This explains how the annual conventions invariably yielded handsome profit in terms of cash intake from sales of books and its magazine. Moreover, the impressive attendance by the literati cutting across all sections of society has been helpful. “Our plan now is to forge ahead with strategies that are unique to this company, as has been the case. For instance, it was resolved that we should take the celebration of the book to beyond the frontiers of Enugu State; and we have done that with ‘The Capital Territory Book Convention’ in Abuja, and Profiles at the Lagoon’ in Lagos, both successful maiden outings and both to be annual celebrations,” he adds.

The decision to opt for a low-keyed celebration this year is an obvious reaction to the depressed economy. After brain-storming sessions, the organising team of the annual convention will retreat to Onyeama’s private residence for a buffet lunch. Later that day, the still-surviving winners of The Olaudah Equiano Life-Award will be treated to a sumptuous repast at an evening banquet, during which a few words will be said in remembrance of those awardees who have passed on.

Hatched in 2009 on the platform of the state government’s Enugu Centenary Committee Celebration, the convention has been organised by the company’s subsidiary outfit The Delta Book Club. It has been canvassed by the organisers as “the biggest ever literary extravaganza east of the Niger”, and characterised by a three-day fiesta in words, drama performance and music to celebrate literary excellence among the Igbo people of Nigeria. It has maintained a permanent base in Enugu as the traditional capital of the genus Igbo.

It will be recalled that the reason given by the company for the creation of Coal City Book Convention was predicated on the perception that the first black author in the history of literature was Olaudah Equiano (also known as Gustavus Vassa the African), who was Igbo. He was captured as a slave circa 1745 aged 10 from his Isseke homeland in Anambra State, and taken to England, where ultimately he gained his freedom and published his book of memoirs in London in 1789 with the title The Interesting Narrative of the Life of Olaudah Equiano.
A description in Equiano’s book of his early life in Igbo land served as evidence to the organisers of Coal City Book Convention of a very definite existence of aesthetic literary expression among the Igbos since before the dawn of time. “We are almost a nation of dancers, music and poets”
From this information the organisers included a programme of song and dance that paid homage to the captivating poetry inherent in Igbo music. Hence every year of the convention has witnessed a drumming rendition of the ancient Igede rhythms, and the winners of the Olaudah Equiano Life-Award were compelled to entertain with their dance techniques in sweet congruity.

Some of the awardees who have passed on, and to be remembered at the banquet, include revered priest, author and Proprietor of Coal City University Stan Ani, Permanent Secretary Bernice Agbo, heroic children’s medic Winifred Kaine, and fiery researcher Catherine Acholonu.
Manuela Charlotte, On-Line Editor of The Delta Book Club, says, “Events like this are more meaningful and fulfilling when they are celebrated in the name of some legendary hero that the people can identify with. That was the strategy also applied in Abuja and Lagos, where we celebrated the Northern literary hero Abubakar Gimba, and the Yoruba literary legend Amos Tutuola.”
In the case of Igbo land, there was the additional source of inspiration for the organisers rooted in the notion that Igbo authors constitute some 70% of Nigerian literature in the English language, capped by the credit to ‘Ndi-Igbo’ as being in overall control of marketing and trade of the book industry throughout the West African sub-region.

Moreover there was euphoria in the fact that literature in Black Africa first attained its highest revolutionary flourish from 1947 in the boom years of a phenomenon that has become celebrated as the ‘Onitsha Market Pamphlet Literature, from which such literary legends as Cyprian Ekwensi and Ogali A. Ogali sprouted long before later juggernauts-of-the-pen like Chinua Achebe, Wole Soyinka, Christopher Okigbo, John Pepper Clark, Gabriel Okara, James Ngugi and George Awoonor-Williams etched their own names in gold.