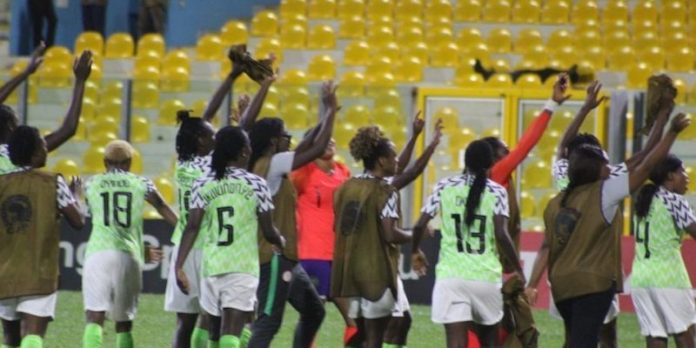 After 120 minutes of energy sapping encounter which ended goalless, it was Super Falcons defender, Ngozi Ebere’s well taken penalty kick that shoots Nigeria ahead of Lioness of Cameroon into the final match of African Women football tournament (AWCON) but more significantly earned the country a World Cup ticket next year in France.

The feat also puts Nigeria as the only country on the continent to appear in all the editions of the tournament since the maiden edition in China in 1991.

Like it was in the opening group B matches of the tournament, the team will face the Bayana Bayana of South Africa in the final match on Saturday and both teams will have a lot to play for with Falcons seeking a revenge while the South Africans will aim at conforming their prowess as the new champion on the continent.

The win against Indomitable Lionesses of Cameroon however did not come that easy as their determined opponent played a more robust football and controlled the early part of the match played at the Accra Sports Stadium and certainly looked quite skilful against the Cup holders, but the experienced Super Falcons held them at bay, and when the defence got breached, goalkeeper Tochukwu Oluehi was there to keep things tidy.

Cameroon came close to score as early as the 4th minute through Ongene whose rising shot almost cut Nigeria’s goalkeeper on wrong foot but her intuition saved the situation and some minutes later, the Lionesses were on the prowl again with a firm header, but Oluehi again was alert. In the 10th minute, Gaelle Enganamouit tested the Nigeria goal with a snap shot. Again Oluehi was aware.

In the closing stages of the first period, Nigeria pushed forward a bit, but an attempt by Francisca Ordega to steal the ball from two defenders was fruitless, and Asisat Oshoala’s crisp shot was well saved.

In the second half, the fit and technically savvy Cameroonians tried to pull strings from the midfield, only to meet their match in Halimatu Ayinde, Ngozi Okobi and Rita Chikwelu. Okobi wasted a glorious chance in the 54th minute and at the other end, Oluehi again came to the rescue as Ngo Mbeleck’s chip appeared headed for the net.

Both teams hung on in a tedious, tiring extra time, with players spending quality time on the floor.

In the penalty shootout, Njoya Ajara and Raisa Feudjio scored for the Lionesses, with Onome Ebi and Rasheedat Ajibade netting for Nigeria, but Enganamouit’s effort was caught by Oluehi and after Oshoala scored to put Nigeria ahead, the tireless Ngo Mbeleck saw her kick fly past the goalpost.

Defender Ngozi Ebere then put her effort firmly past goalkeeper Ngo Ndom to put Nigeria in the final and earn a ticket to the 2019 FIFA Women’s World Cup in France.

In the other semi final match, goals from Thembi Kgatlana and a rocket from fullback, Ramalepe sealed the final spot for South Africa against Mali.

Either the Lionesses of Cameroon or Mali can still qualify for the World Cup, depending on which of them win the losers’ final in Cape Coast on Friday. 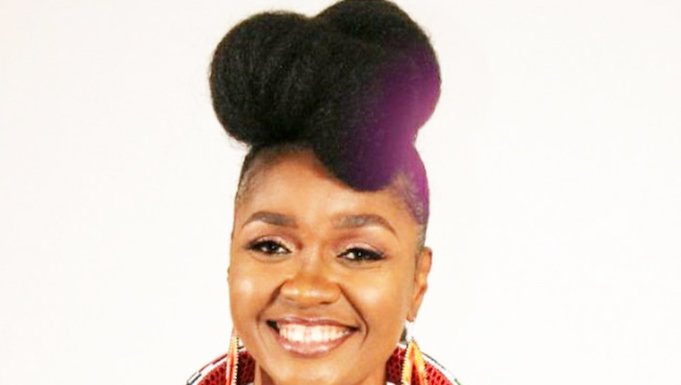