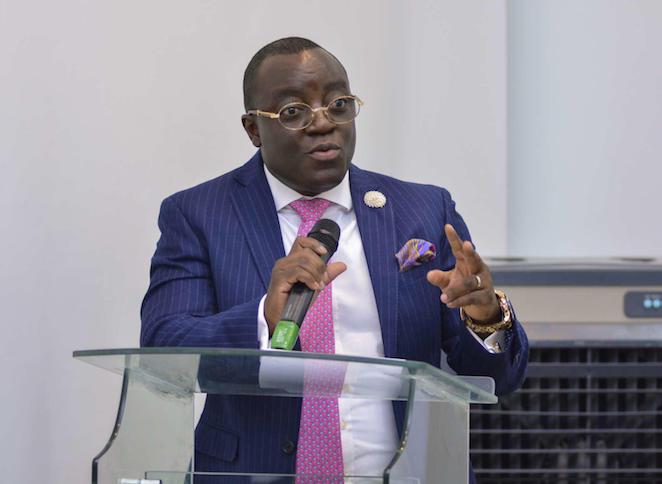 The Managing Director/Chief Executive Officer of Coronation Merchant Bank, Mr. Abubakar Jimoh, in this interview speaks about opportunities in the merchant banking sub-sector as well as how developments in the economy are affecting stocks listed on the Nigerian Stock Exchange. Obinna Chima presents the excerpts:

What is the state of merchant banking in Nigeria presently?

You know that historically, merchant banks or investment banks generally are designed to operate in the wholesale sector of the economy and also to help significantly with capital market development and in the advisory space. That was what used to be the case even before the exit of most of the merchant banks in the past. Now that the merchant banks are back, we are playing that role. It is a sector that takes time to develop. It is not something that will bring about massive profitability for the operators and shareholders in a short period. Having said that, the five merchant banks that are in operation have done very well. Because we are also not so bullish in terms of taking risk, the quality of assets in the sector is quite high, compared with what is obtained in a commercial bank. So, the health of the merchant banking sector is quite strong and that is good for the economy.

Some have argued the capital market is literally dead considering the low level of activity. Do you agree with that?

That does not mean the market is dead. So, if you are going into the stock market, you have to be ready for some capital loses. But in the long-run, you make more money than just putting your money in savings. However, as capital market operator, we operate beyond that. So, capital market operation includes to be able to raise money for people that operate in the economy. So, in the last three years of our operation, we have raised more than $300 billion for operators in the market. That means there is still strong support of investors for those companies. We have structured very innovative products that have helped companies that would not ordinarily be able to raise money in a secured manner, on their own. We are happy to have participated in those kinds of offers. So, there are many parts of the capital market and of it is the stock market.

What is your share of the merchant banking market in Nigeria?

In a number of areas where we play, in the last three years, we have demonstrated that we are leaders in the sector. So, if you take federal government bond trading, we are number three by FMDQ league table, including all other banks and not just in the merchant banking sub-sector. If you take trading in treasury bills, we are about number seven, this also includes every bank in Nigeria. That means we have established ourselves in the area we decided to operate. Even as a small merchant bank, we are controlling more than two per cent of trade volume in Nigeria today. That is significant given the size and age of the bank.

If you are doing more than two per cent of the trade volume, what is your outlook in terms of numbers in the medium term?

What do you think should be done to encourage lending by banks?

Lending is not just based on the fact that one wants to lend. The environment has to be supportive. I think the level of lending that we are seeing in the banking sector is a reflection of the economy. You lend with the hope that you are going to be able to collect your money back. If the environmental factors do not support that view, then you see people pulling back from lending. Having said that, banks are still lending. Maybe the growth rate is not as high as it should be. Maybe after the election and there is more visibility on the direction of the country, I am sure more banks would expand their portfolio in terms of lending.

What are the reoccurring risks to lending?
The risk is as much as is in the economy. So, if the economy is not very strong, that means the people that are coming to borrow have higher risks of default. That will influence the kind of decisions that people make on the volume of lending they are going to do. Remember, banks’ monies don’t belong to the bank. A significant portion of it is depositors’ money. And the first responsibility they have is to protect that money, because you don’t want a case where you need to pay your customer and the loan you used the money for has gone bad. It has a bigger negative impact on the economy. So, you are better off to protect the money, do the reasonable lending you have the capacity to and then you hope that the future gets better and you can expand on your lending book.

As a merchant, are you permitted to lend to the agriculture sector?
As a merchant bank, you are permitted to support all sectors. However, you have to determine your risk appetite and the area where you are able to operate. As I mentioned before, we are wholesale bank. So, when I am lending in agriculture, I am lending to wholesale firms like Olam and not the retail farmers that operates at the retail level.
What are your key areas of interest?
We are in the areas where the central bank wishes to support. So, we are very strong in manufacturing, agriculture and we have sizable representation in Fast Moving Consumer Goods.

What is your medium-term outlook for the sector?
The merchant banks are going to get stronger, bigger and continue to contribute to economic growth.