The United Nations has said that it has embarked on measures, in collaboration with its partners, to stop further shrinking of Lake Chad, caused largely by the effects of climate change and other human activities.

Tens of thousands of drought-resistant trees were being planted with the support of the UN in the Lake Chad region to restore vegetation cover around the lake, the UN Development Programme (UNDP) said.

The measure, the UN development agency said, would help farmers to adapt to climate change and support women’s economic initiatives.

Lake Chad – which originally reached from Chad into Nigeria, Cameroon and Niger – has lost 90 per cent of its surface area due largely to unsustainable water management and climate change.

UNDP said it was helping to hold back the advance of the Sahara desert and provide conditions for local people to farm sustainably, boost availability of food and carry out income-generating activities.

Just over 200 kilometres north of the Chadian capital, N’Djamena, Lake Chad is one of the oldest lakes in Africa.

It supports nearly 30 million people living along its shores in Nigeria, Chad, Cameroon and Niger but also in other neighbouring countries.

However, the lake, which used to spread as far as the eye could see, has been declining for the past 50 years, and most part are now covered with sand.

UNDP said: “Since the early 1970s, the lake has lost 90 per cent of its original surface area to unsustainable water management and climate change.

“Everywhere, the consequences of climate change are clearly visible: cattle carcasses on the roads, dusty skies, sand dunes and dry polders testify to the impact of successive droughts and the proximity of the Sahara Desert.

“In addition, the shallow waters of the lake, at most seven metres deep, make it dependent on seasonal rains and very susceptible to evaporation.

“Human pressure also contributes to the fragility of this unique ecosystem.

“The Boko Haram insurgency in northeastern Nigeria and neighbouring countries has displaced more than two million people and led to massive destruction of basic infrastructure, such as roads, medical centres and schools, as well as housing and farms.”

Food security has deteriorated, with more than seven million people facing the threat of famine and half a million children suffering from severe acute malnutrition, according to the UN Office for the Coordination of Humanitarian Affairs.

It is estimated that in 2020, the number of people depending on the lake and its resources would reach 35 million.

Together with its partners, UNDP said, it carried out development projects focusing on natural resource management and the rehabilitation of Lake Chad ecosystems.

The UN development agency said: “Reforestation is one of the solutions supported by France, as part of the commitments made at Conference of Parties (COP) 21 and COP 22 climate conferences.

“Then Ministry of Ecology signed a $1.2 million partnership agreement with UNDP to restore vegetation cover around the lake, support women’s economic initiatives and help adapt agricultural practices to climate change.”(NAN) 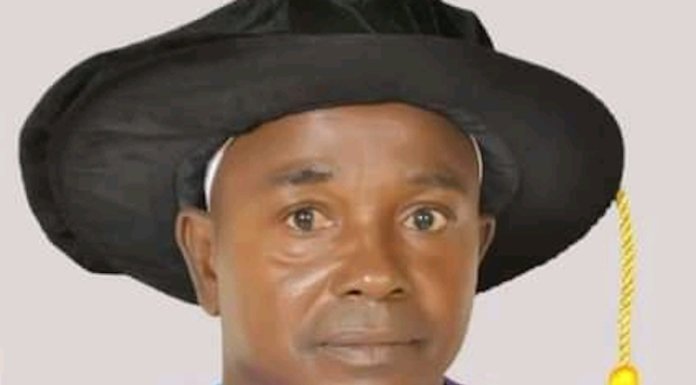