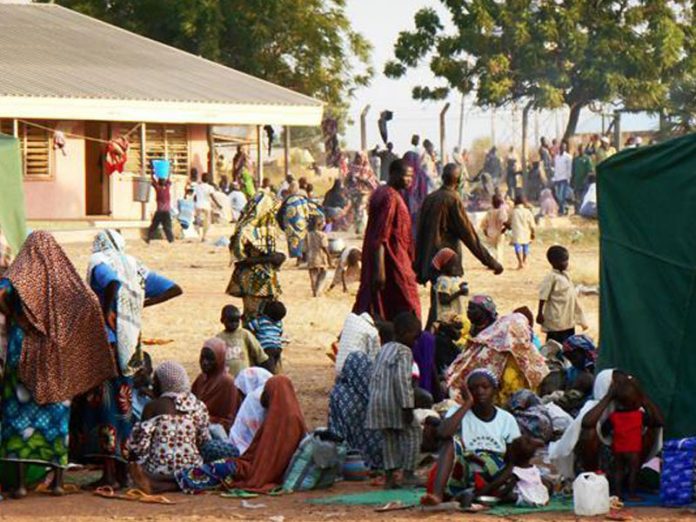 Norway has supported the energy needs of the internally displaced persons (IDPs) in Borno State.

According to the Food and Agriculture Organisation of the United Nations (FAO), the Northeast Nigerian households face alarming fuel and energy needs.

In Borno State, the most affected by the Boko Haram conflict in the North-east region, it is estimated that 95 per cent rely on firewood and charcoal for cooking food and lighting homes.

This has made households with limited access to fuel and energy resources at greater risk of food insecurity and owing to low electrification, face numerous protection risks.
As a negative coping strategy, some households are forced to undercook their meals or sell portions of an already insufficient food supply to purchase wood fuel.

FAO, in a statement by its spokesperson in the North-east, Patrina Pink, said the Food and Agriculture Organisation of the United Nations and the Borno State Ministry of Environment are offering more sustainable cooking and lighting solutions to resource-poor households in the Ngala Local Government Area.

She disclosed that on November 22, 2018, “FAO began the distribution of lightweight fuel-efficient stoves and solar lanterns to internally displaced people in Ngala’s International School Camp. In total, about 2,500 families within this camp will receive these items as part of an Emergency Safe Access to Fuel and Energy (SAFE) kit financed by the Government of Norway.”

Pink said in the statement shared at the launch of the Emergency SAFE kits, the Commissioner for Environment of Borno State, Sunday Gadzama, stressed that wood fuel use mounted an immense pressure on the natural environment, in turn leading to deforestation.

Gadzama said: “It has been long established that firewood collection burdens natural resources, especially in areas with a large number of Internally Displaced People (IDPs).”

Gadzama, who was represented by the Director of Planning, Research and Statistics at the Ministry, Bukar Zanna, said the cooking stoves allow for a drastic reduction in firewood collection by requiring about 65 per cent less wood fuel.
The solar lanterns distributed do not require wood fuel or any other resource, and as such as made daily life easier for IDPs.

The FAO Representative in Nigeria, represented by his deputy, Nourou Macki-Tall, at the occasion in Ngala noted the limited mainstreaming of energy issues in humanitarian responses and called for more agencies to employ the Safe Access to Fuel and Energy Approach.

He said: “The low access to fuel and energy has led FAO to establish energy and fuel-related activities in the North-east. FAO’s programme in the region aims to address the challenges related to limited energy and fuel access in three ways. Firstly, by reducing the demand for firewood, followed by increasing the supply of firewood and finally through promoting sustainable livelihoods”

He also stressed that FAO’s programme in remote Ngala, symbolised the organisation’s commitment to support ‘hard to reach’ areas.
To aid in implementation, FAO engaged the Adventist Development and Relief Agency (ADRA).