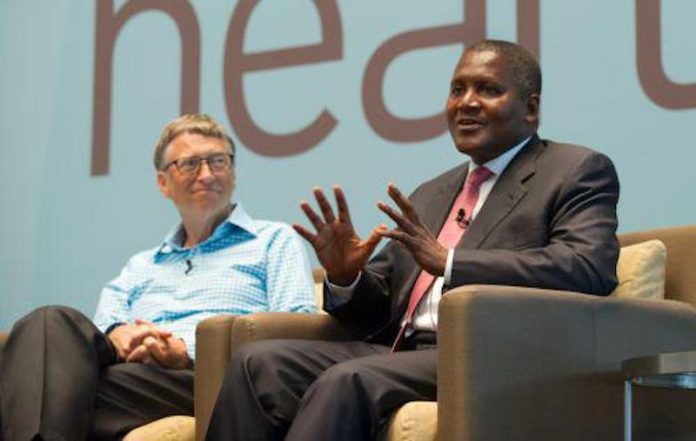 Of the six states where Bill and Melinda Gates Foundation (BMGF) and Dangote Foundation have signed Memorandum of Understanding (MoU) for the promotion of routine immunisation, Yobe State has shown the greatest improvement over the recent period, the Founder of BMGF, Bill Gates, has said.

In a video-conference end-of-year review meeting with Yobe State Governor, Ibrahim Gaidam, other officials of the state, and a team from BMGF and Dangote Foundation, Gates said the progress was encouraging.

The virtual meeting took place with the Yobe State team in Damaturu, Bill Gates in Seattle, USA and the Managing Director of Dangote Foundation, Zuwaira Yusuf joining from Lagos.

“This looks like we are immunising more children, but it looks like there is still around a third (of children) that are not getting fully vaccinated. So, Yobe is definitely on the right track but with more work to do,” Gates said.

The technology billionaire and philanthropist urged the state to sustain the tempo, especially with elections, which could take attention away from the issue of routine immunisation, coming soon.

“Your Excellency, with elections coming up, it will be critical to make sure we don’t lose the momentum on routine immunisation. So, we ask that you think about how we can make sure the work continues to get the priority you have shown up to this point.

“We think that the data we are getting particularly from the LQAS should guide our activities. Certainly, we have some LGAs that are very high performing. We feel like there is probably some best practices in those LGAs that will help show the way. So, we can learn from that and bring additional focus to the LGAs where there are still substantial quality issues. We hope that the health commissioner can focus on how we can spread those best practices”, Gates added.

On her part, Yusuf lauded the “very solid progress” Yobe has made so far.

She, however, called on the state to do more work on community engagement and bring on board more community leaders to be part of the ongoing effort.

On his part, the United Nations Children’s Fund (UNICEF) Chief of Field for Borno and Yobe States, Mr. Geoffrey Ljumba said the progress Yobe State made recently was a result of the fact that routine immunization has been integrated into the larger scheme of primary healthcare development in the state. “This is the way to go,” he said.

Ljumba urged other states to build routine immunisation into the larger mix of their primary healthcare systems too.

On his part, Governor Gaidam, who thanked the Dangote and Bill and Melinda Gates Foundations for their continuing support, said the state will continue to take an all-hands-on-deck approach to healthcare, where partnerships are sustained and deepened for the benefit of the people of the state.

The Emir of Fika and Chair of the State Council of Chiefs, Alhaji Muhammadu Abali Ibn Muhammadu Idrissa, promised that traditional institutions in the state would continue to partner with all stakeholders to ensure more children are immunised and that all communities continue to participate in routine immunisation.

He congratulated the governor and other stakeholders for the progress recorded so far.