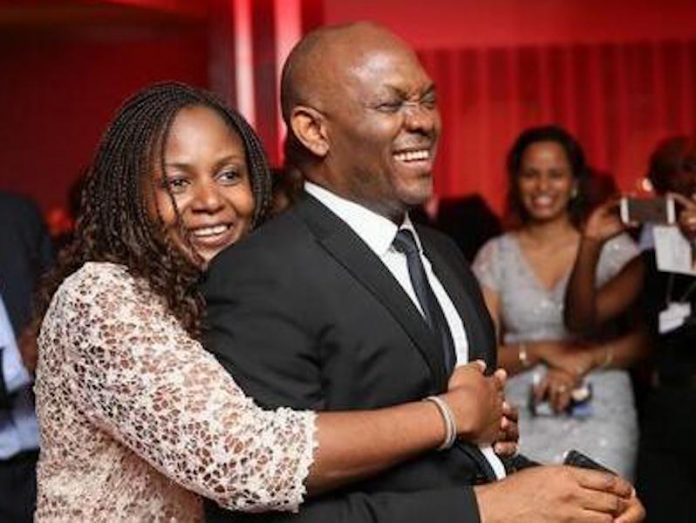 For Tony Elumelu, every new dawn unrolls on quixotic wings in October: his supple heart skips to the paring of love’s foliage and his soul stirs to receive gladly, the crackling of fire beneath his wife, Awele’s silver moon.

Octobers brings fresh tidings of bliss and re-invigorated passion to the boss of United Bank of Africa (UBA). And the reason is not far-fetched; it is the month in which he tied the nuptial knot with Awele, 25 years ago. Hence the aura this ember month brings is priceless. For the banking Czar and his wife, the month dawns with promises of love’s golden harvest and its plentiful reap.

If Tony is autumn and Awele is spring. And somehow the combination fits just right. Together, they dreamed the future on love’s mountain and knew they were matched for life. From the moment they met, they talked to each other every day, diving into the words they inspired each other to say.

It was essential that they learned everything; who the other really was and what to bring to a lifetime for two individuals, determined to keep the relationship in the middle. They found nothing to be wary of. They were both imperfectly perfect.

And despite the challenges of love and matrimony, Tony and Awele determined to stay committed thus consigning doubts and doomsday tales to the back seat.
Some days ago, they celebrated their 25th wedding anniversary. it’s 25 years of love for the couple and they feel it’s like the planets aligned by heaven’s grace to bless them in some kind of personal Age of Aquarius. Since Tony, the miracle-working UBA Chairman married Awele, a medical doctor in 1993, their love has known no break.

Blessed with a lifetime of love and seven children together, they emerge as a super couple. There is no doubting the couple’s affection for each other; they are always together at public events and despite his hectic schedules, Tony still finds time to celebrate his beautiful Awele, who has been there for him through thick and thin. Awele a great manager, has also been taking care of the home-front, whenever Tony is not around. They understand each other. Tony, a sweet father, he doesn’t joke with his children especially the beautiful daughters, scratch that, his love for his new set of twins, boys, is out of here too.

He is truly a family man. More significant, unlike most reality couples, there is no scandal about the duo. Their deportment and grace in private and public space remains an inspiration to generations of Nigeria’s power couple.