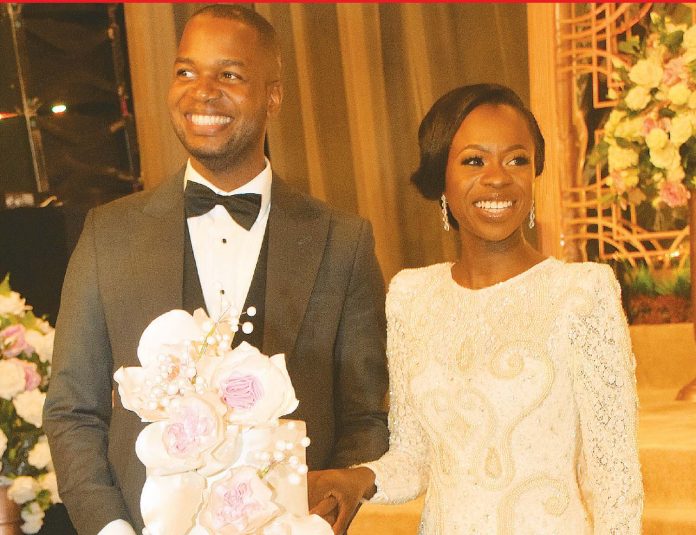 The feast of the rich are never for the faint-hearted; glamour and lyre, pageantry and cut stones are simply flashes of the cache unapologetically put on display; there is always more treasure to be showcased, more pleasure to be had. Lagos won’t forget in a hurry, penultimate Saturday, November 10, the day Amena Imasekha, the beautiful daughter of Chief Henry and Bukola Imasekha and Shola Ladoja, the son of the former governor of Oyo State, Alhaji Rashid and Titilola Ladoja got married.

No doubt, both wedding ceremonies were undoubtedly exhibition of pageantry and class; the Imasekhas and Alaibes notable by their reputation for being subtle threw subtlety overboard, in honour of their children’s blissful ceremony. Ebitimi and Ifeanyi have entwined their hearts where fortune melds with acclaim. Add power to the mix and you have a perfect picture of a union forged on earth, approved by mortals and sanctified by the blessed breath of heaven.

For the first dance, the groom stared into the eyes of his bride as if he meant to rediscover a familiar treasure trove. Ebitimi stared into Shola’s eyes wondering how many wonders subsist in the two shiny orbs and windows into her soul. Shola too looked like he would mesh with Ebitimi. She looked even more ready to interlock with him in body, mind, spirit and soul. The couple filled up each other’s glances with muted affectation of undying love.

Their story is the stuff dreams of grandeur are made of. Ifeanyi hails from an enviable pedigree; the son of a top politician, presented as a wonderful hunk worthy of the love, high lust and devotion of several rich, glamorous heiresses. Ebitimi is ravishing and lovable. By the end of her wedding day, she had provoked endless streams of well wishes, accolades and the way her curves flared in her dazzling bridesmaid’s dress.

The wedding and reception took place at Landmark Event Centre, Oniru, Lagos.
At the ceremony, treasures and wonders were much in evidence. As the dark-haired bride, floated down the aisle in splendid silk, Ifeanyi eagerly awaited her arrival, standing on his pew to get a bird’s-eye view of his ravishing bride. She looked every bit a princess.

Even so, she cut a different portrait from the deviously glorified pony show of a princess that is spoon-fed to girls at a very young age. The reception at the much-talked about Landmark in Oniru, was taken to a new level of extravagance with flower and light decorations covering up the entire space including the ceiling, walls, and pillars.

The result was a perfect fairy-tale scene. In the midst of splendor rarely seen in this part of the world, the bells pealed, crowds cheered, the expensive flowers that ornamented the venue bloomed like it was in its habitat at winter, even the sun put in a timely appearance to felicitate with the couple.

Adorned in the most exquisite finery, the carefully invited guests walked into the venue and the waiting arms of very pretty ushers who led them to their appointed seats smilingly. Every guest was given the royalty treatment; as they were treated to the choicest brands of champagne; from the most expensive champagne, Armand de Brignac Brut Gold (Ace of Spades) to Domaine de la Romanee-Conti. Asides the expensive wines, cognacs and champagne, the guests were also treated to sumptuous meal that sufficiently wetted and sated palates. 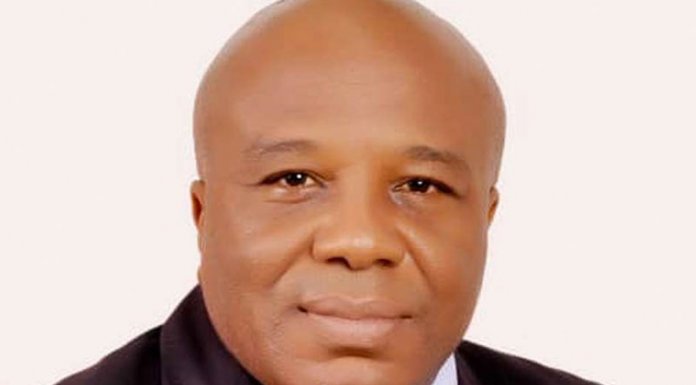