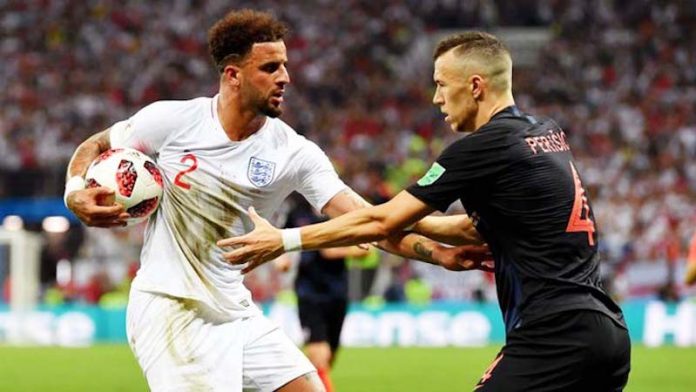 World Cup semi-finalists England play World Cup finalists Croatia for a place in the semi-finals of the Nations League. However, a loss for either of the teams will get them relegated.

Croatia’s dramatic 3-2 win over Spain in Zagreb on Thursday night has thrown Group A4 wide open, with a winner-takes-all clash in store when England and Croatia meet for a third time in the space of just four months.

England are still to get the better of Zlatko Dalic’s team, losing 2-1 in July’s World Cup semi-final in Moscow, before a goalless draw behind closed doors in Rijeka in last month’s Nations League encounter.

However, victory today would see England win the group and earn a place in the semi-finals to compete for the inaugural Nations League title.

The Three Lions come into this clash on the back of an impressive 3-2 win in Seville against Spain in this tourney and would be brewing in confidence – as they seek to go top of the group with a win.

Despite Spain seemingly walking into the sunset after the first two games in Group A4, Croatia and England are both in with a chance of claiming the top spot.

Spain’s destiny is out of their hands now, as a win for either the Three Lions or the Croats will mean that they are eliminated at this stage, although it’s impossible for them to be relegated.

A draw would mean that Spain will advance, a goalless one meaning that Croatia are relegated, however, a score draw will send Gareth Southgate’s side relegated.

Last Thursday, Croatia upset the odds to beat group leaders Spain, despite the home side losing the reverse game 6-0 earlier in the campaign.