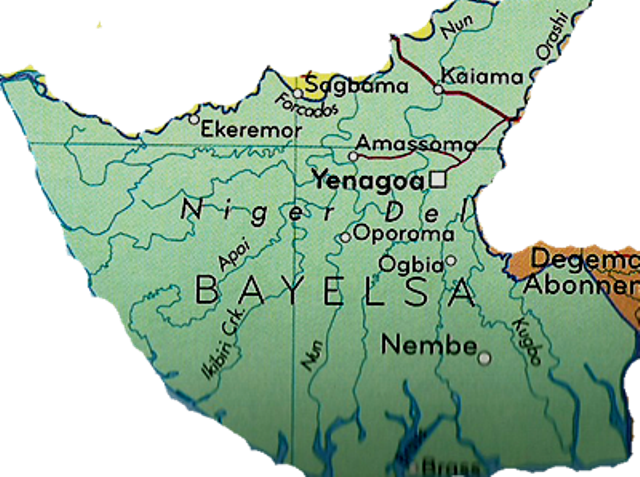 The fight over who influenced the deployment of at least seven Police Commissioners to Bayelsa in about 10 weeks has become messier, with allegations and counter allegations between the state government and opposition elements.

The controversy deepened yesterday even as Bayelsa elders, cutting across all the eight local councils of the state, rejected an alleged plan by the Inspector General of Police, Ibrahim Idris, to disband the state-funded security outfit, Doo Akpor, for reasons they described as suspicious.

Coming under the Forum of Restoration Caucus Chairmen, the elders comprising mainly octogenarians, said the move was not only unpatriotic, but would further degenerate the security situation of the state.

The state has recently been under the siege of cultists and armed robbers, who have killed and maimed residents, which the government attributed to the frequent change in deployment of Commissioners of Police in the state.

Leaders of the forum, headed by Chief Thompson Okorotie, a lawmaker in old Rivers State, told journalists in Yenagoa that planning to ban the outfit for political reasons was not only unpatriotic but capable of compromising the entire security architecture of the state.

They maintained that the plan of those prodding the IG to scrap the security outfit, was to make the state ungovernable in preparation for the 2019 election.

“ We, therefore urge the Inspector General of Police not to allow himself to be deceived, instead he should continue to allow the outfit to do the good job that it is currently doing for which the Nigeria Police is the major beneficiary,” the elders said.

They also bemoaned the posting and reposting of at least seven police chiefs to the state in the last 10 weeks, maintaining that it had negatively affected security of the people in the state.

In the meantime, the Minister of State for Agriculture and Rural Development, Senator Heineken Lokpobiri and his party, the All Progressives Congress (APC) had denied influencing the posting and redeployment of the Commissioners.

The state government, the Peoples Democratic Party (PDP) and other stakeholders had recently accused the Minister, former Governor Timipre Sylva and the APC of using their connections with the powers in Abuja to install their lackey as the police chiefs in the state to rig next year’s elections.

But reacting through a statement signed by his Media Aide, George Oji, Lokpobiri described the situation as a needless cry of wolf by the PDP and the Bayelsa government.

The Minister wondered why the PDP was jittery and unsettled over what is otherwise a purely security matter and seeking to score cheap political point out of the issue.

“Senator Heineken Lokpobiri is appalled that some unscrupulous politicians and elected political office holders in Bayelsa State instead of facing the serious issues of governance, go about maliciously associating his person with the postings going on in the police force.

“ For the avoidance of doubt, the minister wishes to remind these rumour mongers that it is entirely the prerogative of the Inspector General of Police to deal with all matters concerning the posting of senior police officers in the force.

“The Minister is most shocked with Governor Seriake Dickson who as a former police constable ought to be familiar with the fact and practice that the posting of Commissioners of Police to the States are purely the responsibility and prerogative of the Inspector General of Police” the statement said.

On the allegation that the police are targeting the disbandment of the state Doo-akpor security outfit, the  Minister reminded the ‘rumour mongers’ about the recent directive of the National Security Adviser (NSA) to all the security chiefs in the country to immediately disband all illegal and unauthorised security outfits.

Also, the APC in Bayelsa State has dismissed as “deliberate and unnecessary insult” to the people a resolution by the State House of Assembly criticising the recent postings of Commissioners of Police to the state.

The APC said in a statement signed by its Spokesman, Mr. Doifie Buokoribo, in Yenagoa that the resolution, which came a few days after Governor Seriake Dickson made a similar criticism, showed that the assembly had become a gathering of Dickson’s footmen

“The All Progressives Congress (APC) in Bayelsa State unreservedly condemns the resolution of the State House of Assembly concerning the posting of Police Commissioners to the State. It is a deliberate and unnecessary insult to our collective intelligence.

“By this resolution, the state assembly has shown its complete lack of legislative independence and respect for the rule of law. The assembly has once again proved to be a poodle of Governor Henry Seriake Dickson” the statement noted.