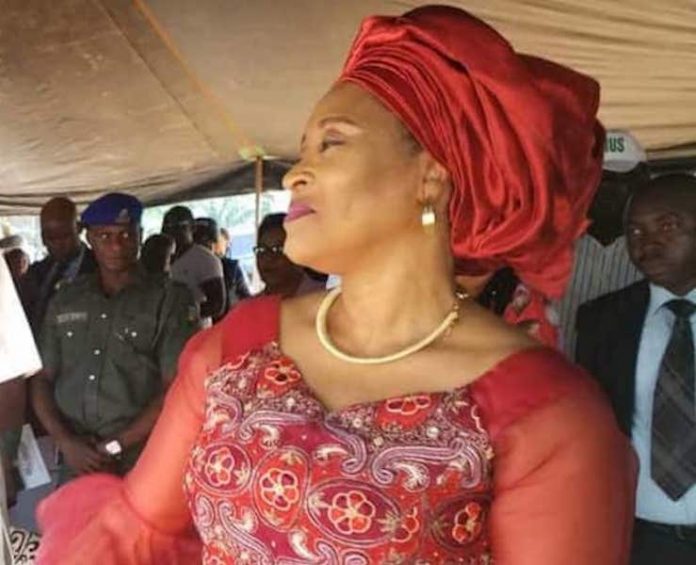 The wife of Senator Jim Nwobodo, a former governor of old Anambra State, Mrs. Pat Nwobodo, has described Governor Ifeanyi Ugwuanyi as “Junior Jim”, who has exhibited outstanding leadership qualities similar to that of her husband when he was governor.

Mrs. Nwobodo added that she was proud to call Gov. Ugwuanyi “Junior Jim” and speak well about him because he remembered and accorded past leaders of the state their due respect.

Mrs. Nwobodo, who spoke during this year’s Annual Constituency Outreach/Empowerment programme of the Deputy Leader of the Enugu State House of Assembly and member representing Enugu South Rural Constituency, Hon. Onyinye Ugwu, also commended Gov. Ugwuanyi for entrenching peace and security in the state, saying that “everybody now has rest of mind”.

She equally applauded Ugwuanyi for his recent benevolence to the family of the highlife musician, Chief Mike Ejeagha, stressing that such rare gesture depicts the governor’s humility and why she calls him “Junior Jim”.

Mrs. Nwobodo maintained that Ugwuanyi had unique leadership qualities of humility and compassion for the people, recalling: “I opened a newspaper few days ago and I saw our governor and Chief Mike Ejeagha as they were seated on a chair. Who would have remembered such a person? That is humility, that is why I am here”.

She also thanked the governor for giving Hon. Ugwu the opportunity to serve the state and equally appreciated the organiser of the empowerment programme for her contributions to the upliftment of the wellbeing of the downtrodden in the community, pointing out that such gesture was in tandem with the vision and leadership style of the governor.

Responding, Gov. Ugwuanyi thanked Nwobodo’s wife for her kind words, saying that “I am proud to be a Junior Jim – one of our foremost and revered leaders”.