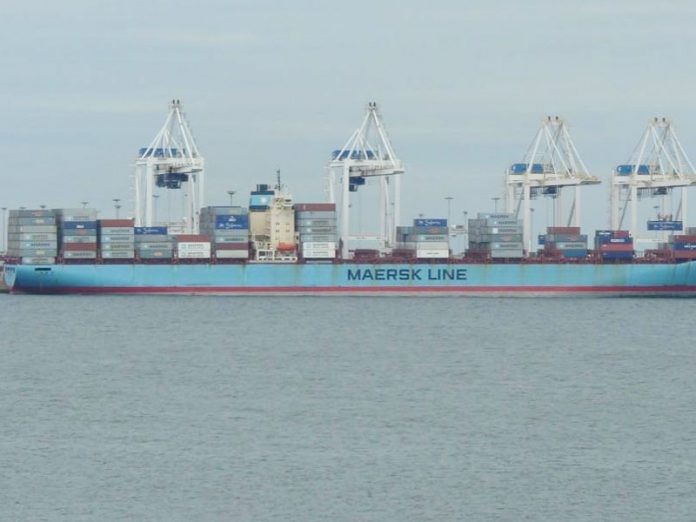 The Delta Ports are a quadruplet of seaports sited along the Niger delta coastline in the port towns of Warri, Sapele, Koko and Burutu, all in Delta State and in theirnamed order of sizes. The ports belong to second generation Nigerian ports, coming after the Lagos Port Complex and the Port Harcourt Port. They were created as national emergencies to handle the excessivepost-war reconstruction cargo that the Lagos Port could not absorb in the aftermath of the Nigerian Civil War which spanned 1967 to 1970. Prior to the war, the OldWarri Port was owned and operated by Holts Transport, a British colonial shipping firm while Burutu Port was owned and operated by the United African Company of Nigeria (UACN). All four ports were subsequently rehabilitated to the standard of national ports under the management and control of Nigerian Ports Authority in the 1970s.

From that modest beginning of serving national exigency purposes of the post-war era, the Delta Portsaccomplished tremendous economic feat for Nigeria during the oil-boom years, which saw the ports handling captive cargo destined for the southeast and the south-south regions. Equipment for oil exploration, oil production and oil servicing used by international oil companies (IOCs) dominated the ports’ traffic forthe most parts of the 1970s up to the 1990s before the rival Onne Port in Rivers State competed away the traffic. This period also saw to the ports’ improvements and upgrading in different measures.

Delta Ports remain unique with enormous capacity yearning for development. First, because of their strategic location in the heart of Nigeria’s oil and gasmineral deposits and their proximity to the Atlantic,they are adjudged as the port of the future, which would fit snugly in the country’s agenda of oil and gas industry deregulation as they would serve as the hub of modular oil refineries and marine transportation of petroleum products to neighbouring countries and beyond. Besides this, the ports are strategically located to serve as logistics bases for the export of gas by the Escravos Gas-To-Liquid (EGTL) facilities that areabout to commence production with a capacity next to non in sub-Saharan Africa – converting more than 325 million cubic feet of natural gas per day to GTL (gas-to-liquid) diesel and GTL-naphtha. By the time theETGL project is actualized, Delta Ports and their host towns and surroundings are certain to become neweconomic growth poles that will attract investors, professionals and artisans seeking opportunities to harness. Trade and commerce are certain to follow such huge enterprise in the region as a natural consequence.

In terms of hinterland accessibility, Delta Ports provideabout the shortest routes for cargo haulage tocatchment states of Anambra, Imo, Enugu, Delta, Edo, Kogi, Ondo, and Benue, when compared with other operational ports. The ports proximity to these states is an aid to freight logistics and distribution planning.The east-west road’s arterial connection throughprimary and secondary lateral roads to the named statesengenders quick turn-around time for trucks to and fro the ports.

However, going by indices of port productivity andperformance, particularly ship traffic and tonnage of cargo handled per given period, on aggregate, the Delta Ports have performed sub-optimally due to low vesselpatronage for more than a decade, ostensibly out offear by ship owners of damage to keel and hull of shipscalling the ports due to the ports’ low water depths and unsafe harbours. Reports have it that the Escravosbreakwater is submerged and the channel silted, having been last dredged in 1997. Over the past five years, clarion calls have been made to the federal governmentrepeatedly by pilots and other stakeholders that make use of the Escravos channel for it to be rehabilitated.

Paradoxically, the Western Ports of Lagos continue to be congested, mainly because nearly all of the traffic that should be handled by the Delta Ports get stemmedat Lagos, only to be transported by road to their various destinations in the Niger Delta and environs. The costsof this circumvention of the Delta Ports to the economyare only too obvious – higher landing costs to importers, higher risks of loss and damage to cargo with higher insurance premium (that is where goods are insured at all), heavy damage to interstate highwayswith resulting short life span due to pressure fromarticulated vehicles, and loss of productive man-hours amongst other costs that are not quantifiable.

Hence it is considered revolutionary news for industry watchers to hear that life is being breathed back to the Delta Ports via dredging of the Escravos channel and rehabilitation of its breakwater. The company that has been saddled with the responsibility of accomplishing the dredging works is no less than Dredging International Services Nigeria Ltd (DISN), a firm known globally for its technical expertise and experience in providing marine and waterway solutions. Having been carrying out similar and much more complex port and harbour projects all over the world . Since 1991, DISN has continually and successfully delivered turn-key port and marine construction projects for various clients in Nigeria, key amongst whom are the Nigerian Ports Authority, Nigeria LNG Ltd, Rivers State Government, Oil and Gas Companies, NIWA, and the Dangote group. The company is already on site working in the Escravoswith its dredger “MELLINA”, “MARIEKE” and is also replacing Aids to Navigation. With such expertisedeployed to handle dredging works, DISN will soon make the Escravos Channel accessible to all sizes of ships to navigate to all the Delta Ports.

As ports are globally acknowledged as development agents and growth drivers, it goes without saying thatfixing the Delta Ports will not only reverse theirfortunes as sea-land interface structures but will once again revive the once active but now dying market outposts which the port towns of Warri, Sapele, Koko and Burutu