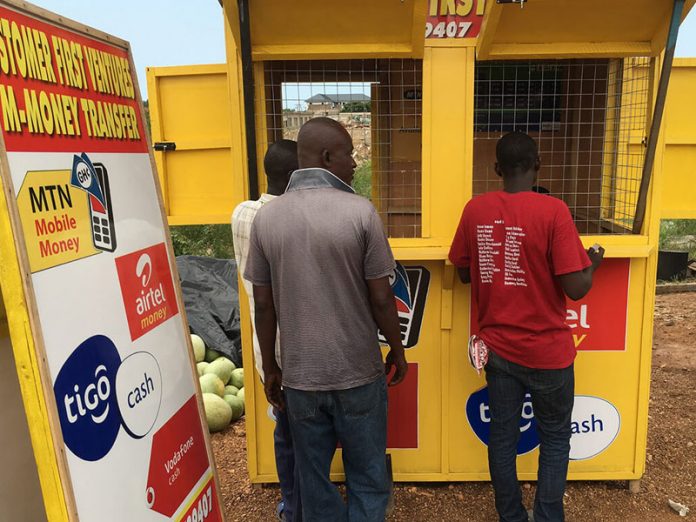 Participants at the third annual conference of the Association of Mobile Money Agents in Nigeria (AMMAN), which held recently in Lagos have said that mobile money agent network remains one of the key platforms to help reduce financial inclusion gap in the country, if properly managed.

According to them, there was need for data harmonisation of all mobile money agents generated by the Nigerian Interbank Settlement System (NIBSS), the Central Bank of Nigeria (CBN) and the telecoms operators, in order to have a good knowledge of the exact number of mobile money agents in the country and what exactly each one is doing.

Addressing the participants, President of AMMAN, Mr. Victor Olojo, said the with the theme of the conference: “Driving Inclusion-Exploring Agency Banking with Shared Network,” the association seeks to review contracts, and discuss challenges of mutual interests among agents, operators, regulators and the stakeholders across the country.
Discussing the many challenges of mobile money agents in Nigeria, Ondo State Chairman of AMMAN, Mr. Ali Akinsegun, spoke on police incessant harassment and arrest of mobile money agents in the state for alleged cases of financial fraud, using Point of Sales (PoS) terminals, and called on government to come to the rescue of mobile money agents in Nigeria.

“The Police who later discovered the source of the series of debit on the customer debit card, could not trace the actual perpetrator, but rather preferred the arrest of the agent from where the customer also had transactions, weeks after her card was swapped and used to defraud the customer,” Akinsegun said.

Head, Lagos State Police Special Fraud Unit (PSFU) Mr. Gbenga Adeoye, who represented the Lagos State Police Commissioner, said in order to avoid police harassment, agents must identify with the Police and ensure they register with the Police Command in their area of operations, to enable the security agent have full knowledge of their line of business.

He said the police has to do its work and make some arrest to begin investigation, when a case of financial fraud is reported to the Police.

“So online financial fraud is on the increase globally, just as technology solution is evolving at a very fast rate,” Jumah said.