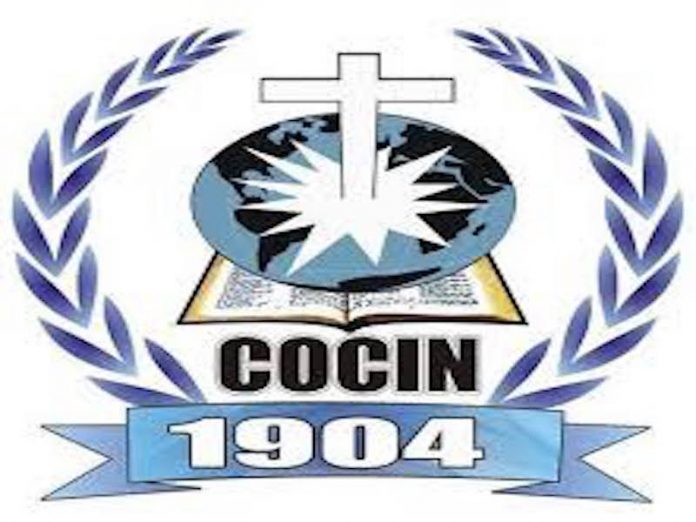 Church of Christ in Nations (COCIN) has alleged that the Church in Nigeria is under siege adding that Nigeria is adjudged a country where Christians suffer persecution more than anywhere in the whole world.

President of COCIN, Dachollom Chumang Datiri, who disclosed this yesterday at the Church’s 95th General Church Council (GCC) in Jos, Plateau State, added that “a dangerous jihad has been launched against the church and is rightly termed both conventional and stealth jihad.”

He warned that: “The sooner we realise this and take action the better. This stealth jihad can be seen also in the blatant refusal by most Northern states governors to allocate land for church buildings or grant titles for such lands. We call on the President of the Federal Republic of Nigeria to direct such state governments to desist from this religious discrimination and bias.

“Another form of stealth jihad is the suspension of Christian Religious Knowledge subject in public schools in most Northern states. We call on the federal government to direct the Minister of Education to ensure it is allowed.”

On the fight against corruption, Datiri, who recently led a delegation of the church to visit President Muhammadu Buhari at the Villa, said “We heralded the fight on corruption of the Buhari’s government when it started. As a church we cannot associate ourselves with any fight against corruption that is biased. We call on the federal government to regain the confidence of Nigerians by being fair and just in this fight.”

But the Minister of Sport and Youth Development, Solomon Dalung, has reassured that the Buhari administration “attaches importance to the voice of the body of Christ i.e. the Church, in Nigeria.”

He said “Do not be discouraged or distracted by those who, on the expediency of their political considerations, tried to twist your visit to the president and give it a coloration that best suits their self-centered narrative. The voice of the Church cannot be silenced! The Church has for centuries been a key factor in governance either at the centre or as an indispensable partner.”

The Minister added that the President has directed the Inspector General of Police (IG) to come and explain the security issues raised by COCIN during the visit and the alarming figures involved.

Dalung observed that “The signature policy of the Buhari administration is the fight against corruption and insecurity. At the heart of corruption is sin and godlessness. If religious organisations, which all preach peace and righteousness, succeed in their divine assignments therefore, the task of this administration would be drastically reduced.

“I call on all religious organisations to partner with government in the fight against corruption. Most of those who loot the public treasury claim to belong to one religious organisation or the other. It is time Churches and Mosques started naming and shaming any such indicted corrupt individuals who seek refuge under religion.

“Similarly, religious organisations are urged to join hands with government to bring lasting and sustainable peace in troubled spots in the country. This, the leadership of these organisations can do by reigning in people, especially clerics with extreme ideological or radical tendencies in their midst.

“Article 38 of the Nigerian Constitution guarantees freedom of religion but we can only be free to practice our religion if there is a country in which to practice it. We must therefore collectively reject anything that is capable of undermining the unity and peaceful co-existence of this country.

“This call becomes even more critical as the imminent campaigns for the 2019 general elections flag off across the country. We must all do our best to ensure that we have peaceful polls in 2019.

“To achieve this, religious tolerance and harmonious co-existence among our multi-religious and multi-ethnic society are key ingredients. Churches, Mosques, traditional institutions and civil society organisations must all join hands to promote peaceful electioneering and hitch free polls.”

Dalung also called on the National Emergency Management Agency (NEMA) in the meantime to step up the supply of crucial relief materials to IDP camps, especially in the light of the imminent harsh weather associated with the oncoming harmattan season.