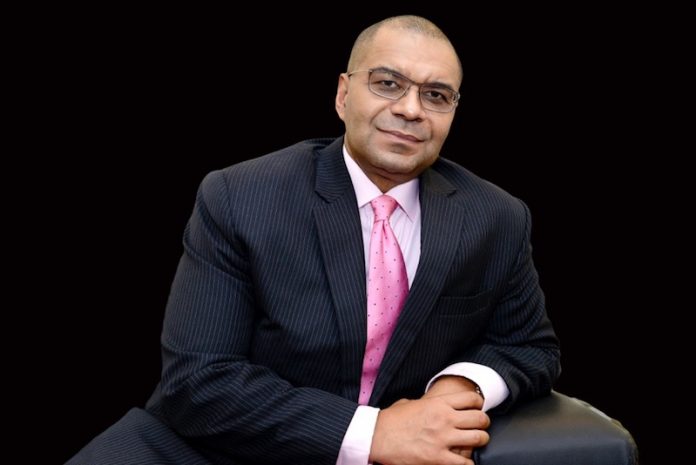 Former President and CEO of the Africa Finance Corporation, who is currently a Non-Executive Director at the CDC Group Plc, Mr. Andrew Alli in this interview speaks on how Nigeria can be competitive in attracting foreign investments, as well as on other economic issues. Nume Ekeghe presents the excerpts:

What are your thoughts about the theme on this year’s CFA Investment Conference?
The theme today is really around ethics and corporate governance and I think there is very clear evidence that companies that operate under good corporate governance are actually valued more highly in the market. And that valuation premium can range from 10 per cent up to almost 40 per cent depending on the country. So that shows that corporate governance isn’t just something that should be done because it is a nice thing, but actually because it adds value to companies. There are many implications of this and many issues around this, but given this is a CFA conference, I would focus on the fact that it is very important that the CFA society in their exams and in their training really emphasises this right from the beginning. Because you can learn all the technical techniques, but if you are not using them properly in an ethical manner, you don’t have a good end result.

For Nigeria to be competitive and to be able to attract investments, what should the country put in place?

I think one of the problems is that we always look for short cuts and we always try and treat symptoms rather than going back to look at the fundamentals. If your government is borrowing so much and they are paying 13 per cent or almost 15 per cent to borrow money for one year, how do you expect anybody else to borrow more cheaply in the long run on a more sustainable basis? It is not possible. So we need to start looking at how we manage our macro-economy. It may sound very boring, but how are we spending our money? How are we earning our money and is there a proper balance between the two? What is our inflation rate and again if the inflation rate is between 11 to 12 per cent, how can anyone expect to borrow at less than that in the long-run because no one is going to lend and then see the value of their money in purchasing terms erode? So what are we doing to fight inflation and what are we doing to become a more open economy? How do we expect investors who want to come to this economy if we are not demonstrating to them that we really want to be an open economy and we really welcome investors? I am thinking of some of the recent events with a certain telecoms company for example, and also things like us not signing the Africa Continental Free Trade Area Agreement (AfCFTA) send signals that maybe we are not quite as open for business as we would like to think. The point I’m making is that while we like people to come in and bring money, whether foreign or local investors are driven by the same thing the foreign investors are driven by.

So we sort of focus on what it is we are going to do to get people to bring in money. But we are not looking at the wider contest to what are they bringing money into and what are they investing in and we want people to come and invest in this country for 10 years, but what can you predict is going to happen in 10 years’ time? That is, are we going to be having same polices and are we going to have similar taxes and what is the exchange rate likely to be. So if you can’t predict with a reasonable degree of certainty what’s going to happen in 10 years’ time, then how can you be expected to invest in something like a power station where you are looking at 10 to 15 years’ investment? So I’ll go back to say that if you want to develop the country as a long-term sustainable destination for investments, for both foreign and domestic investments, we need to go back to the basics and really work on those fundamentals.

What are your thoughts on Nigeria’s debt profile and the rate at which the country is raising debts?
I think we need to be very careful about what we are doing in terms of our borrowing. There are all kinds of arguments but to me, I think the fundamental thing is that we are spending a large proportion of government revenue just servicing debts. And certainly, by the time you add what we are spending on servicing debts and what we are paying as salaries, that is more than the revenue we are earning as a country today. Borrowing itself and this is some of the arguments people are using, is not a bad thing as long as you are borrowing in a sustainable way that you can payback in the long-term. One of the ways of ensuring your borrowing is more sustainable is by making sure that when you borrow, what you use that money for is increasing the revenue base which is why I guess some people are saying that you should tie it specific projects.

My own view is that right now, it seems to me that we are not in a situation of debt distress, but it seems to me that when we are borrowing to pay salaries then we have potentially some trouble brewing and we need to take a look at that situation and figure out a way to reverse it. One way is that and by no means the only way, is that if you look at what the government earns as revenues, it is really quite low compared with other countries. Government revenue as a share of the country’s Gross Domestic Product (GDP) is about seven per cent in Nigeria and in many countries in Africa, it is closer to 20 per cent and in western countries, it is closer to 40 or 50 per cent. So our government is essentially not taxing us enough. Now they need to be creative in terms of how to raise more revenue because given the large informal economy that we have, just trying to tax better using the current way of taxing which involves companies submitting accounts and so on is not going to capture a trader who may be very rich, but who doesn’t have a formal business for example. So we need to think of more creative ways of taxing and we also need to think about what government is spending.

So if you look at it on a high level basis, our spending perhaps isn’t too high. That is, government spending on a proportion to GDP is actually not that high, but are we sure that the quality of what we are spending that money on is really good? I think many people would say no. Our spending could be a lot more efficient and that we are probably spending a lot on salaries and those salaries could not be leading to much productivity. So I think we also need to look at that and how can we improve the productivity of the funds we are spending.

Lastly, is the current debt management strategy in Nigeria the right approach?
It is hard to say something is in black or white. Essentially, one of the strategies that it seems that we have been following is to borrow in dollars rather than to borrow in naira. And the reason for that is the nominal interest rate. So we pay about six to seven per cent when we borrow in dollars and it is lower than the nominal interest rate of about 13 per cent when we borrow in naira. So as long as the exchange rate remains constant, then it would be cheaper to borrow in dollars. The problem is of course that the exchange rate remains constant over the long term and typically we would devalue. So if the exchange rate devalues, then obviously, it is better to be in naira than to be in dollars at that point whichever way you look at it. Because if you look at it in dollar terms, the naira debt has come to a smaller number and if you look at it in dollar terms, the dollar debt would go up at that point. So, I think in the long run, if we control inflation and if we control spending, then rates in naira would come down and we wouldn’t have to run this foreign currency exposure by borrowing abroad to reduce our nominal borrowing rates.