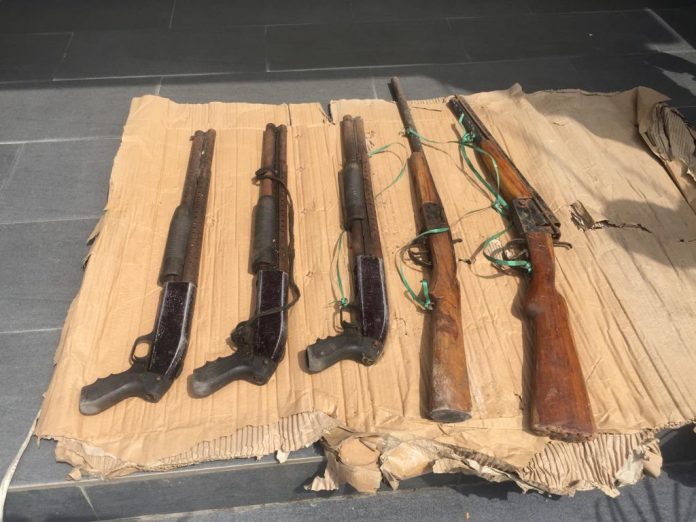 The officers made this discovery on November 9, while on targeted raids of uncompleted, unoccupied houses and plots of land, at Road 1, Block 1, Plot 7, Victory Park Estate, Osapa London, Ilasan.

The State Commissioner of Police, Imohimi Edgal, has directed the SCIID Panti Yaba to commence  investigation into the case. He, however, assured that the ‘ember’ months would remain peaceful in Lagos.

The CP pledged: “The Command will continue to carry out intelligence and purpose-driven raids on all identified criminal spots in the state”.

According to Edgal, the Command will continue to enforce the Inspector General of Police directive on mopping up of illegal and prohibited firearms, warning that anybody found in possession of such  weapons would be diligently prosecuted.

This is coming after 11 armed robbery suspects were arrested at their hideouts at Elemoro. Upon searching their den, detectives recovered one berretta pistol and two locally made pistols. “Progress made in the investigations will be made public as usual,” the CP added.