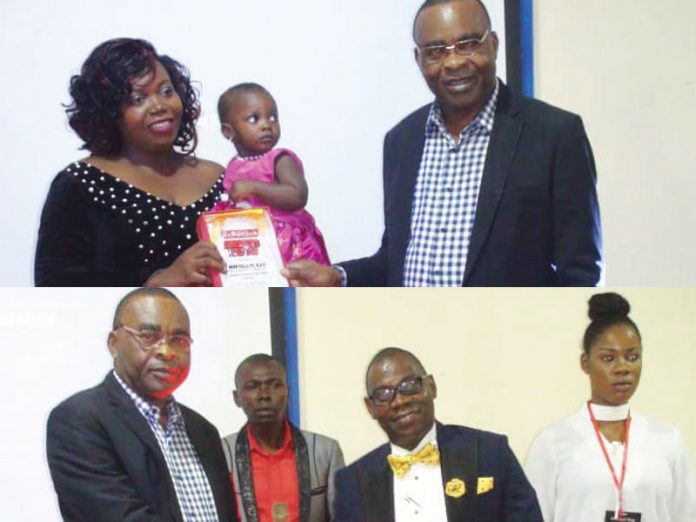 At the 2018 National Crime Watch Awards recently held in Lagos, two editorial staff of THISDAY Newspapers carted laurels for their contribution to security and judiciary

The National Crime Watch Award night might have come and gone but the memory does linger, especially in the minds of the two members of the editorial team of THISDAY Newspaper. The reason is not far-fetched, the paper was the highest winner of the night as it carted two awards in the crime and judiciary categories.

In her speech, Ezeobi lauded the organisers as the nomination itself came and surprise. According to her, having covered the crime and allied beats for over eight years, each laurel that comes in the line of reporting was one to be cherished as it depicts hardwork and sacrifice. Nonetheless, she pledged to work harder in the male-dominated beat despite having been promoted to an editor in June this year. According to her, once a reporter, always a reporter. She also commended THISDAY Newspaper for giving her the platform as a rookie reporter fresh from NYSC to cover crime and security beat, adding that they also took it a notch further and also appointed her to head a desk as a female.

For Akinwale who is the second term running Chairman of the National Association of Judiciary Correspondent (NAJUC), it was a pleasant surprise to have been nominated too. Stating that he was not even aware that someone somewhere was watching his deeds, he said this was his first award, adding that it will push him to do more. He however acknowledged his media platform, THISDAY for giving him the space to excel.

The duo was presented their awards by Captain Joseph Nnodim, the representative of the Chairman of the event, Wale Olaoye of Halogen Security Limited.

Tagged the National Crime Watch Awards 2018: Celebrating 15 years of pioneering crime reporting in Nigeria, the event started off with a red carpet at the conference room of the Murtala Muhammed Airport in Ikeja, Lagos. After the opening prayer and National Anthem, the Publisher National Crime Watch, Mr. Tony Okpe took to the podium to deliver his welcome address, which was followed with the keynote address by Mr. Frank Oshanugor.

In between the comic and musical performances, the award edition was unveiled leading to the cutting of the 15th anniversary cake. The highlight of the evening however was the official launch of the Tony Okpe Foundation, which is a budding passion of the publisher to reach out to inmates in prison.

That soon set the tone for the event as professionals cutting across the media, judiciary and security were recognised for their dedication to duty. Top among the awardees were
Justice Mojisola Dada, of the Special Offences Court, and Adenike Adeniyi-Coker of the Lagos State High Court Division, who were recognised as the National Crimewatch Judge of the Year 2018 and Outstanding Judicial Personality of the Year, respectively.

Commending the latest edition of the magazine, Dada said, “I am elated as It is worthy to unveil the brain storming session of sleepless nights put into producing this beautiful publication too. It is really, highly commendable. The publisher is going to find a lot of support from God and man and Nigeria will be blessed for it.”
Also, Coker in her brief speech noted that there has been lot of work put into the publication, adding that “they will grow from strength to strength, more support will come for his company and his family.”