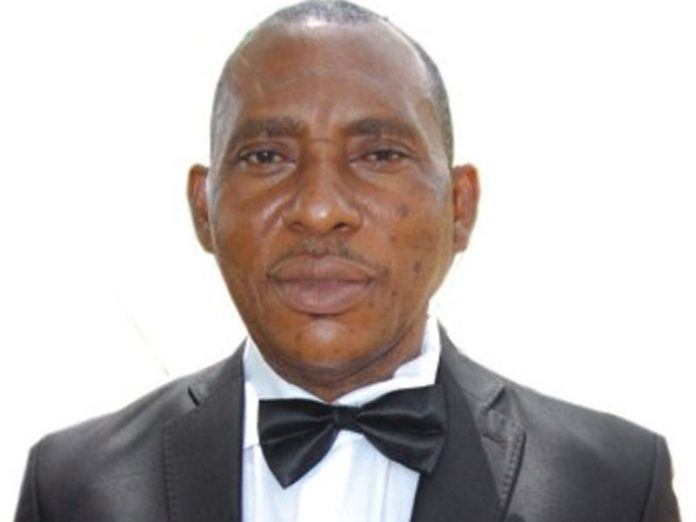 The crisis rocking the Imo State Chapter of the All Progressives Grand Alliance (APGA) over the shoddy manner State Chairman and National Working Committee (NWC) of the party handled the primary election to various positions for the 2019 general elections, some members of the state executive committee have unilaterally passed a vote of no confidence on the State chairman, Peter Ezeobi and thereby suspended him indefinitely.

In his place, the State deputy Chairman, Chima Nwosu takes over the affairs of the party in order to forestall sanity and to make sure that their members do not decamp to other parties in the face of the crisis confronting the party at the moment.

However, the aggrieved aspirants and other members of the party have dismissed the national reconciliation committee headed by the party’s Vice Presidential candidate, Jerry Chukwueke as they described the committee as “an effort on illegality since those who set it up were the ones that created the problem ab intio.

In his swift reaction on the suspension, Ezeobi told THISDAY on phone that those who claimed they were state executive members of the party do not have such powers to suspend him and described it “as unserious move”.

In a three-page document read out to the press by the State Deputy Publicity Secretary of the party, Kenneth Onyenagorom and signed by over ten members of the exco and local government chairmen accused Ezeobi of running the party aground which had made the party to lose focus and key members due to maladministration and financial rascality.

They recalled that the party in 2015 general election recorded very poor result without winning any single elective position in the state and credited it to the mismanagement and high-handedness of the state chairman.

According to the statement, needless to say that Ezeobi’s primary goal is the money he makes from the party and not to win elections for the party, hence you have consistently harassed everyone who expressed a different opinion from yours.

“You unilaterally ordered that 35 percent of all monies raised at any level of the party be paid to you without records. Recall that 26 governorship aspirants paid at least N1 million each for the purchase of party cards, Fifteen senatorial aspirants paid about N1million each, fifty eight House of Representatives aspirants paid N300,000 per local government under their constituency, whereas over two hundred and fifty House of Assembly aspirants paid N250,000 each.

“Your ant-party activities came to a climax in defiance of party guidelines to conduct congresses and elect adhoc delegates. Instead you chose harmonization of delegates’ list with the sole purpose of manipulating the process of electing candidates for the party. The reputation and the entire hope of the party have been dragged to the mud and the entire party tickets sold out to APC members”, the statement said.

On the weight of these allegations, they however, apologized to APGA members and other Imo citizens to forgive what Ezeobi and his cohorts did by dragging the name of the party in the mud