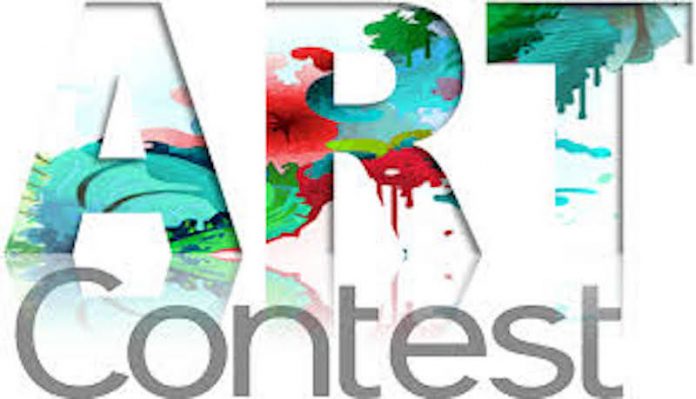 With the theme ‘The Nigeria of my Dream’ this year‘s NNPC/CNL Joint Venture National Art Competition for Nigerian Secondary Schools, like previous editions, has encouraged junior and senior secondary school students across the country to proffer solution to some of the problems confronting the country through their paintings/drawings.

The beautiful and interesting art works of the 10 finalists in each category, which were displayed at the grand finale in Lagos, showed that the students are aware of the current challenges and are hopeful of a better future for the country.

In the senior category, Mr. Chijioke Nnadi, a senior secondary three student of the Government Technical College, Enugu State emerged the overall winner with the work titled ‘The Future I See for Nigeria’

He painted a beautiful and organised city on one part and two children on the other side, one of them holding the Nigerian flag; both were admiring the beautiful city and longing to be part of it.

The 19-year-old said the future he sees for Nigeria is brighter, adding that Nigeria will one day become one of the developed countries. “Even though the country is poor at the moment, I know that it will become great tomorrow because Rome and Dubai were not built in a day.”

For his effort he was presented with a cheque of N100,000 and other gift items. The first and second runners-up were Ugoeze Eche-George and Prosper Omiponle, both of Charles Dale Memorial International School, Port Harcour, Rivers State, they received an annual scholarship of N75,000 and N65,000 respectively.

In the junior category, Osize Iluebbey of UNIBEN Demonstration Secondary School, Edo State emerged winner and got N100,000 annual scholarship; the first runner-up was Chidubem Njoku of the same school; while the second runner-up was Harry Majekodunmi of Murtala Muhammed Airport, Ikeja School, Lagos. The first and second runners-up got N75,000 and N N65,000 respectively.

Speaking at the event, the Managing Director, Chevron Nigeria Mid-Africa Business Unit, Mr. Jeff Ewing said the competition is an enduring investment in education that enables students to think outside the box, move beyond boundaries and seek different ways to proffer solutions.

He described art as a delightful means of self-expression and a window into the human mind. “Art helps in mental, physical and creative language development of children. This points to the fact that the more we motivate these young ones to recreate their beautiful thought-provoking imaginations in a visible form, the more they grow to become problem solvers for our society because problem-solving requires creative thinking.

Ewing, who was represented by the General Manager, Policy, Government and Public Affairs, Mr. Esimaje Brikinn, said this year’s theme was chosen “to stimulate the creative and problem-solving goldmine in our Nigerian kid-artists. For our nation to move forward, we need the minds of our kids to be stretched to the point where they begin to undertake challenges as champs. This will lead to a better Nigeria.”

In his remarks, the Group General Manager, National Petroleum Investment Management Services (NAPIMS), Mr. Roland Ewubare, commended the NNPC/Chevron Joint Venture who in partnership with the government and other stakeholders has made the yearly competition possible.

“Also, the education support strategy has been significant to enhancing access to education for all Nigerians. This project has contributed to an increase in participation in fine art among our children and a rising interest of the public to art appreciation. I urge us to continue to nurture and sustain this partnership.”

Ewubare, who was represented by Mrs. Olubunmi Lawson, noted that the NNPC/Chevron joint venture is focussed on unlocking the potential of Nigerian youths and fostering creativity. “Through the creativity involved in this project, we have been able to promote patriotism for Nigeria in every child from an early stage.”

Also speaking, the Minister of Education, Mallam Adamu Adamu, who was represented by the Principal, King’s College, Lagos, Mr. Kolawole Isaac, commended the winners for the feat, adding that the Federal Ministry of Education would continue to collaborate with the companies to sustain the competition.

He said the ministry would evolve policies that will support a revolutionary change in education, adding that the federal government will continue to cherish such support for giving Nigerian youths a future.

He also commended NNPC/CNL and other joint ventures for the strategy in inspiring youths through the art competition, which he said is a means of creating employment and reducing poverty which is also the vision of the President Muhammadu Buhari administration.