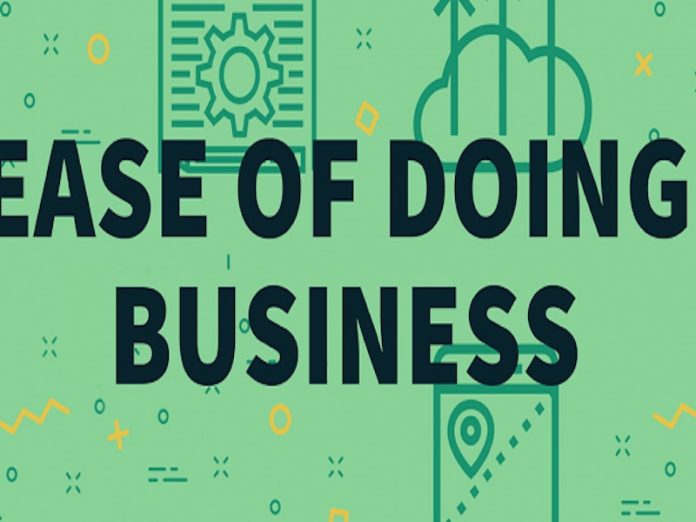 Operators of businesses in Plateau state have lauded the Governor of the state, Simon Lalong, for creating enabling environment for their firms to thrive.
This, according to them led to the improved Ease of Doing Business (EDB) in the state.

The business community gave the accolades when the Governor hosted its members to a dinner organised by the trio of Plateau Investment and Property-development Company (PIPC), Plateau State Small and Medium Enterprise Development Agency (PLASMEDA), and German Development Agency (GIZ), in Jos.

The governor, who was encouraged by the business reports in the state, expressed confidence that, with the various measures being put in place by his government, the growing EDB in the state would even improve, and compete favourably with other leading states in Nigeria.

Lalong, said that with the application for the establishment of Police Mobile barracks at Gashish, a trouble spot in Barkin Ladi Local Government Area of the state recently approved, cattle rustling that had been one major cause of crisis in the state would be tackled as all rustling routes will now be adequately blocked.

He added that with peace in the state and good weather to complement, investors would naturally take advantage of the many business opportunities to invest in the state.

Members of a 5-man panel made up of Commissioner for Justice, Barr Chris Ahmadu, Commissioner of Commerce, Mr. Idi Usman, Commissioner for Lands/Survey, Barr Festus Fatuer, Chairman of Plateau Revenue Board, and Director of PLASMEDA, each took turn to x-ray how the feat of improved EDB was achieved in the last three and half years.

While disclosing that Alternative Dispute Resolution‎ through the establishment of mechanism for seamless settlement of business disputes was the secret, Ahmadu added that, “This is fast and less costly.”
He said the state was training mediators to build up a pool of resource persons to draw from, when the need arises, adding that the state was building Mediation Centres for such purposes.

Fuante, revealed that unlike in the past when issuance of Certificate of Occupancy (C-of-O) had several bottlenecks, with the new administration, over 2000 C-of-O had been given to land owners, with 50 per cent discounts and special waivers for major companies to make it bearable for them.

Usman, who identified the recently concluded Trade Fair‎ as a clear testimony of the return peace in the state, said the recent establishment of One-Structure in the state, in which all business agencies are domicile in one place, registration of businesses has been made much easier.