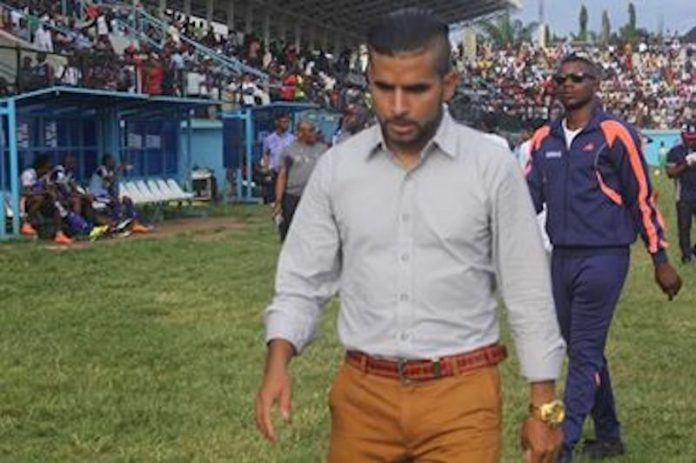 The management of the Akwa United Football Club (FC) of Uyo has settled with the former FC Ifeanyiuba of Nnewi coach, Rafael Everton as the new coach of the state darling team.

Until his latest engagement with the Akwa United FC, the Brazilian coach was with the Abia Warriors FC of Umuahia.

At a ceremony to unveil the new coach of the team, the Akwa United FC chairman Paul Bassey said yesterday that Everton fitted into the plans and visions the management has for the team.

He said other coaches were also interviewed for the job explaining that the club needed a coach who would not be distracted by national team duty.

“We needed a foreign coach with a lot of Nigerian experience, we also eliminated some coaches in Nigeria for certain reasons before we settled for coach Everton.” Bassey stressed.

Bassey lauded the former coach, Maikaba for the excellent job he did by introducing a new playing philosophy and making the team a brand within his two years stay with the “Promise Keepers.”

He called for support from stakeholders for the new coach and commended the media for the role they have played in making the team better equally noting that the fan base of the club has increased in recent times.

Responding, the new coach, Everton promised to continue with the “Tiki Taka” brand of football he inherited in the club adding that he would fully utilize the present crop of players in the club before deciding on whether there could be new additions.

The coach solicited for the support and cooperation of all stakeholders especially the fans in attaining the dreams of the owners of the club.

In the 2017/2018 NPFL season which was concluded prematurely due to reported crisis in the Nigerian Football Federation, Akwa United FC finished second on the table.