Laolu Senbanjo arrived at Victoria Island in an entourage, quite typical of pop musicians. His face was partially painted, while his t-shirt bore his hand-made paintings as well. Senbanjo had suddenly influenced the popular culture with his creativity. Yet, his fame across the globe didn’t come from his music or his lawyering skills. It came from being a centre-stage visual artist, in high demand by international brands for being able to paint on virtually everything. His body art is seen in Beyonce’s Sorry music video, from the Grammy-winning album, Lemonade.
The mystery of African thought patterns forms the core of his “Afromysterics’’ style. It is unique for bringing contemporary interpretation to Osogbo art-inspired techniques and his Afrocentric influences from the likes of Fela Anikulapo-Kuti.

Senbanjo was born on October 19, 1980 in Ilorin, Kwara State. His father, a lawyer wanted his to be a lawyer as well. Hence, Senbanjo proceeded to the University of Ilorin where he eventually obtained a law degree in 2005. He worked for five years at the National Human Rights Commission in Abuja as a senior legal officer, and the vulnerables, women and children, were his interests.

In 2010, Senbanjo left the legal work and established the Laolu Senbanjo Art Gallery in Abuja. Three years after, he moved to Brooklyn, New York to practise his art. His adventure paid off. Nike, Grammy Museum, Beyonce and Smithsonian Institution had commissioned him to paint. Senbanjo painted on shoes, jackets and human skin.

During a brief chat with him at the Belvedere Vodka Limited Edition bottle unveiling, he revealed how his ingenious creation on the bottle gives life to it, making it a worthy cartable installation, and a subject of his recent concept tour across Nigeria.

“It opens up a new discussion in the diaspora and elevates us as a people using the tour culture,” he said. “It is something that a lot of people don’t see on the mainstream, that is our mythology. People talk about Zeus, Thor and Venus. Why can’t we talk about Yoruba mythology as well? For instance, you can talk about the history of Ife and the Ooni of Ife and other things that are cultural and indigenous to us a people and elevate to national discourse. I am really happy to be doing this at this point in time and I think it is needed for us as a people.”

Needless to say, Senbanjo has broken the boundaries for showcasing art. While many still go to galleries and museums to see art works, Senbanjo plants his art everywhere you go.

“I am expressing art on the bottle. You can have art on a car or on your body,’’ Senbanjo said as he nurtures the ambition of painting on a space ship. “Art is not one-sided.’’

Though resident in the US, Senbanjo is a member of the Society of Nigerian Artists (SNA) and had worked with Oliver Enwonwu and some other artists in his home country. With a solo exhibition in 2009, he looks forward to more exhibitions in Lagos.

White and Black patterns is one of his prominently used techniques of painting and he tied this to his legal background. Though he is no longer a practising lawyer, his interest in protecting human rights especially for women and girls remains.

“It is important for everyone to know that the proceeds from every Belvedere Limited edition bottle sold actually goes to RED, an organisation that gives back to the community. They help to fight HIV/Aids and they give back to the society. It is Bono’s organisation but they do a lot for the African nations and they have an office in Lagos. They give medication to mother and children to prevent mother-child transmission of HIV. As a human rights lawyer, this project is about bringing together my passion and my art.”

Senbanjo thinks that his sojourn to US was not about getting something from there but giving to it. While he admitted that there are enabling structures for artists in the US, he never got a grant or scholarship to move his art to world centre-stage. All it took was a lot of hard work matched with consistency and originality.

“The initial stage was about finding myself and understanding my style and honing my craft, appreciating our art and not following trends,” he said. “As an artist, there is a point in time when everyone looks at you as if you are odd and all of a sudden you become a trend and everyone starts to copy you. I have always been true to myself. I have always loved detailed patterns to tell different stories with my art.” 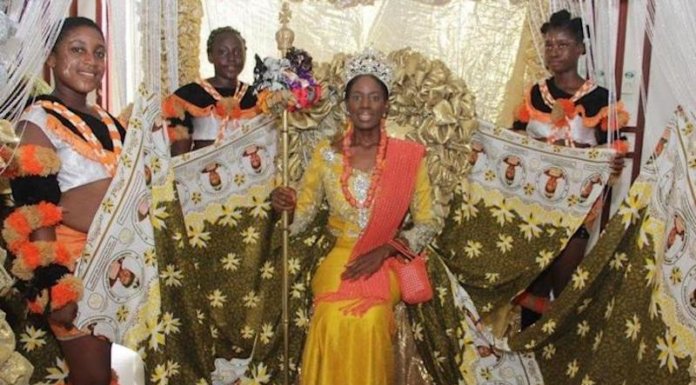