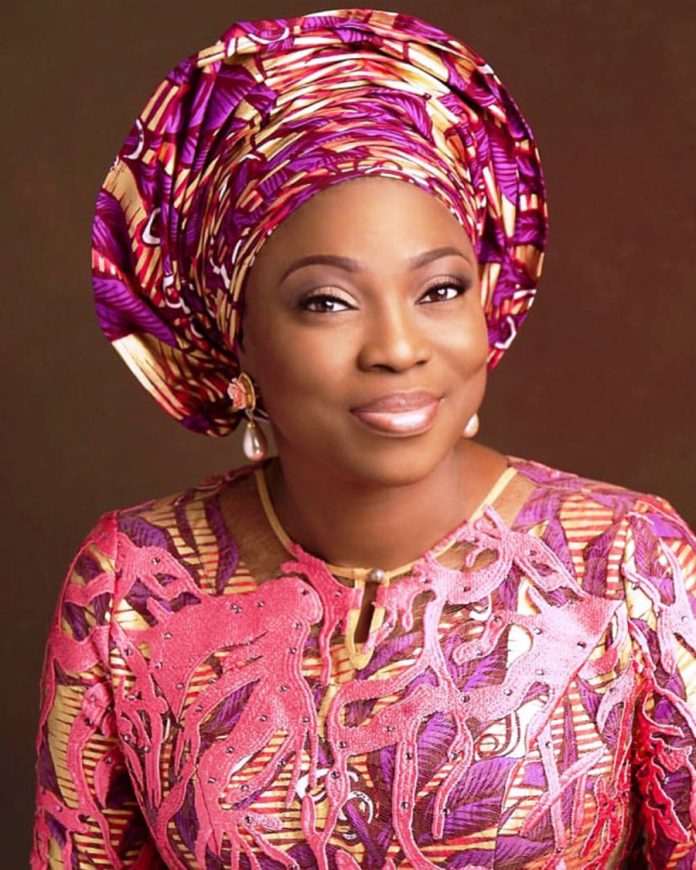 Lagos State First Lady, Bolanle Ambode, has shown evidence of a privileged woman blessed with a heart of gold. All her actions in the past years point to the fact that she shares in her husband’s vision, which is to further change the face of Lagos State, while also bettering the lives of the indigenes. As  Chairman of the Committee of Wives of Lagos State Officials (COWLSO), she has initiated countless activities to promote mother and child care.

Speaking  at the just concluded  COWLSO conference, she urged women all over the world to be pillars of growth and development of their countries. Ambode, who lauded COWLSO for a being pacesetter, added that the  quest to continually improve the welfare of women and sustain the vintage position of Lagos State in the federation was one of the key objectives behind the annual gathering.

She also urged women to learn to come together to support one other and discard unproductive habits, adding that “there is advantage in numerical strength.”