By now Nigerians should be wise to the antics of those who make a habit of looking for what is not lost. It is a strategy of kangaroo debate deception otherwise known as sowing false trails or laying red herrings. Foremost in this category in Nigeria today are those who venture in vain to dress the proposal for constitutional review (towards reclaiming the federalism heritage of Nigeria) aka restructuring, in all manners of ill-fitting garbs and apparels. They strain so hard to say nothing, to obfuscate, confuse, distort and play around with words. The most dangerous of this lot are those who are actually intellectually equipped to know the truth but have deliberately chosen to put this attribute to the service of self-abnegation. We are speaking of the absurdity of experts cultivating and propagating confusion and ignorance in the bid to perpetuate ephemeral political advantage. Of course it gets worse when such informed and knowledgeable individuals are constitutional scholars to boot.

Beyond the penchant for deliberate obtuseness, constitutional restructuring has no need of ponderous circumlocution. It simply means the restructuring of power relations among the two tiers of government namely the federal and the state governments-decentralisation and devolution of powers in this instance. Once this principle is accepted, further details are self-prescriptive and amenable to negotiation in the spirit of give and take. Now, in order not to fall prey to the antics of mischief makers who pay lip service to federalism, it is necessary to predicate the advocacy on the irreducible minimum of commonality of agreement in principle. Once it is agreed in principle, the details can be worked out within the framework of mutual interest-believing that there is nothing good I want for myself that I do not wish for my neighbor. What a government that is not lacking in good faith should then do, especially one that made a prior commitment in its manifesto, is to encourage and facilitate engagement among Nigerians to arrive at a working consensus. Rather than do this, the government has appointed itself the defense advocate of a plea that has not been entered.

By the way what is wrong with taking Nigeria back to ‘regional governments’? Was that not the norm under which this unfortunate country once flourished? Are we implying here that the chain of events set in motion by the January 1966 military coup that terminated the first republic has served the country well? Was the independence constitution (as predicated on regionalism and federalism) not the best articulated formula (yet) for the development of Nigeria? Was the termination of the first republic not a tragic accident that has sentenced Nigeria to the living hell it has become? What has been the history of Nigeria since 1966 if not a standing admonition against increasingly veering away from the path of rectitude and nationhood? Despite the mounting exorbitant cost in human carnage and socio-economic regression, is it not criminal that we still continue to bury our heads in the sands?
The tragic irony of contemporary Nigeria is that there is no better illustration of the structurally inherent incapacity of the operative pseudo federalist framework than the failure of the Buhari government-made worse by the individual incompetence and primordial insularity of top government functionaries. Haven served notice early in the life of this administration that his notion of national unity precludes and forecloses the reinvention of Nigerian federalism, Buhari has ceded further public engagement on this issue to his deputy, who, providentially is trained in the ability to argue from both sides of his mouth, to reprobate and approbate, to make a virtue of countervailing logic and ambiguities, to persistently argue with himself on what restructuring entails-from economic restructuring to geographic restructuring and all imaginative larceny that lie in between. In his career as end time Nigerian nationalist, Osinbajo started on the false and tragic note of pointing accusing fingers right back at home and argued with a propensity for showmanship:

As a student of Nigerian politics with particular affinity for Nigerian federalism, I felt personally assaulted by this crude demagoguery and stigmatisation. I felt affronted by the inherent disservice to the memory of the late Chief Obafemi Awolowo-who stood head and shoulders amongst his peers as the foremost proponent of federalism. After repeated indulgence in this unwarranted rebuke by no less a personality than one married to his granddaughter I lost whatever illusions I initially entertained on the character of Osinbajo. How do you condemn a man for making the valid observation that Nigeria was little more than a geographical expression in 1948-on the basis of which he proceeded to propose and articulate the constitutional panacea of federalism, let alone by a person who, if nothing else, owe him a filial obligation for fairness?

What a pathetic effort! The first illogical implication here is that all restructuring entails is lying dormant and inherent in the present constitution and all it requires is for brave and enlightened states like Lagos state to charge forth and extract it from the judiciary; that the restructuring we are questing for lies in the applicability of the 1999 Constitution! What a wonderful discovery this is. Why seek what you already have? But how successful was Lagos state in this solo effort to rewrite the constitution of Nigeria? Is the number of local governments in Nigeria not specified as 774 in the Nigerian constitution? Can Lagos state acting judicially and on its own alter that number? Would the aspiration not require a constitutional amendment? And is this not one of the distortions of federalism that we seek to rectify through a holistic review of the constitution? Does fighting for the right of Lagos state under the present constitution amount to making anyone a practitioner of restructuring? Can you practice what is non-existent?

Haven falsely arrogated to himself the status of a restructuring conquistador, he then proceeded as he always does, to set up a false contrast with whichever figure captures his antagonism, mostly former President Goodluck Jonathan, but this time it is the presidential candidate of the PDP and former Vice President, Atiku Abubakar. And this tendency is something worrisome about the public interventions of Osinbajo-this persistent proclivity for puerile altercations. Does it lie within the power and authority of Atiku as Vice President to embark on policy initiatives or constitutional pursuits autonomous of his principal? Could the deputy governor of Lagos State have instructed Osinbajo to go to court as he was directed to do as attorney general?

There is even the exculpatory observation that nowhere in the PDP manifesto was any commitment made to seeking return to true federalism as it was deceitfully and plainly stated in the APC manifesto. Did Obasanjo and Atiku campaign on seeking constitutional review towards the devolution and decentralization of power? It is this kind of mentality that partly explains the dysfunction of the Buhari government. You never know when functionaries and officials of the government are speaking or acting in personal or official capacity. Accordingly and in reality, we may not know in what capacity Osinbajo speaks on restructuring. Is it as Vice President, former Attorney General of Lagos state or Professor of law?

STOP PRESS
I hope Osinbajo and others with elastic capacity to bend the truth have read the Mo Ibrahim governance ratings index. Other than the bribery induced inanity of so called Forbes Africa, the international community is near unanimous in returning a verdict of the most degenerate governance culpability, especially in the aspect of corruption, in the experience of this country, on the Buhari government. Only God knows the extent of the stench that lies buried in the innards of a government that has been consistently indicted for grand corruption by acclaimed non-partisan International organizations. Unfortunately, having too much to hide will prove a desperate disincentive for this government to give way regardless of the outcome of the 2019 elections. 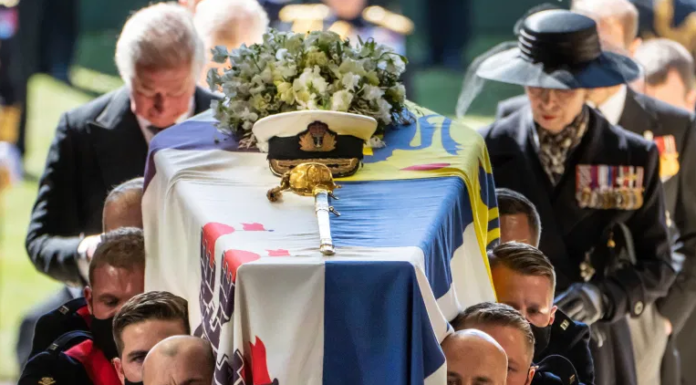