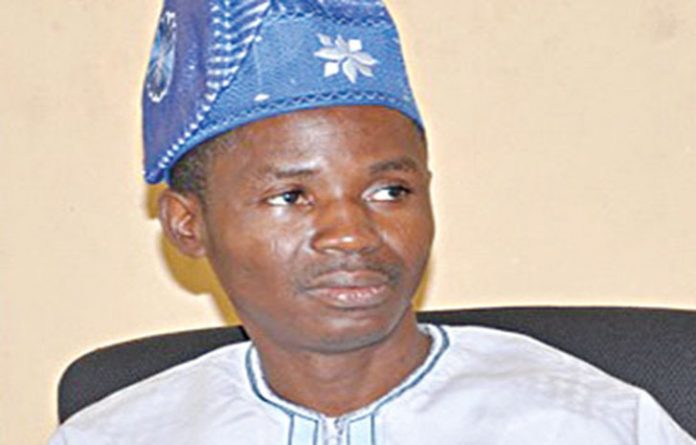 The Senior Special Assistant (Media) to the Governor of Ogun State, Opeyemi Soyombo has described as false claims made by the acting National Publicity Secretary of the All Progressives Congress (APC), Mr Lanre Issa Onilu, on the outcome of the governorship primaries held in Ogun State, recently.

Soyombo said, in a statement yesterday, the comments that were allegedly made by Mr Onilu were untrue and therefore misleading.

He noted that Mr. Onilu was not yet the Publicity Secretary when the primaries took place, stating that his account of the primaries was drawn from the briefing he received from the same personalities who perpetrated the alleged fraud “they seek to foist on the good people of Ogun State.

“For the avoidance of doubt, we state for the upteenth time that there was no gubernatorial primaries in Ogun State order than the one held on October 2 that produced Hon. Adekunle Akinlade as governorship candidate.

“The attempt by Mr Onilu to confuse the issues is therefore belittling of someone holding a position of publicity secretary of a reputable political party. His attack on eminent members of the party as governors raises concerns about his agenda in the APC, if not that of a fifth columnist for the PDP under which he strived unsuccessfully to become a minister in the last years of President Goodluck Jonathan.”

The guidelines of the APC, he said are clear on the roles of the state party executive and the NWC committee on the conduct of primaries. “The claim by Mr. Onilu of a phoney court injunction restraining Ogun State Executive committee from participating in the conduct of the primaries is a fabrication to defraud the people of Ogun State. Which court gave the injunction and when? Who are the parties in the case? If at all there is, did the national secretariat bring it to the attention of the state executive committee of the party? Was the injunction given at a weekend or on the public holiday of October 1 because the national secretariat engaged the state executive of the party on the primaries all through the weekend leading to the October 2 primaries.

“It is instructive that while the video footage of the October 2 primaries in all the 236 wards in the state had been put in public domain, the so- called Dapo Abiodun primaries remain only in the imagination of these perpetrators of fraud.

“Where did Dapo Abiodun cast his vote? Where did Chief Segun Osoba cast his vote? It is instructive that when this question was put to Prince Segun Adesegun who claimed there was such a primary on a national television network programme, he could not mention a single venue where their conjured primaries took place.”

According to him, there are 236 wards in Ogun State and only 12 election committee members were sent in from Abuja. “Did 12 panel members conduct primaries simultaneously in 236 wards? Did the panel assemble a local election committee as provided by the party guidelines without the knowledge and input of the governor and the state, local government and ward executives of the party?

“Three gubernatorial aspirants namely Hon. Adekunle Akinlade, Senator Gbenga Kaka and Mr. Jimi Lawal have all declared that there was no other primary other than that which produced Akinlade. So, where did Onilu and his pay-masters get the result that purportedly produced Abiodun?

“Onilu alleged that Gov. Amosun resorted to self-help hence the non-recognition of the October 2 primaries. The question is whether the declaration of primaries result by the Chairman of APC in the same exercise in Lagos State different from what happened in Ogun State. Besides, where and when did the one whose result was announced in a hotel room in Lagos conducted?

“If the gubernatorial primaries were cancelled because of the allegation made by Onilu, what was responsible for the tampering with the outcome of the National Assembly and State Assembly primaries conducted by the panel set up by the National Working Committee led by Col. Ali Ciroma?”

He alleged that Oshiomhole removed four of the nine winners of the primaries and replaced them with acolytes of Chief Olusegun Osoba and Dapo Abiodun. “Was the election conducted by the NWC panel also rejected because of self-help? This level of arbitrariness hardly has precedence in the annals of party politics in Nigeria.

“The imbroglio over the primaries of Ogun State has brought to the fore the danger APC faces in the hands of Comrade Adams Oshiomhole and few members of the NWC like Issa Onilu who are in cohorts with him.

“We assure them, though, that the people of Ogun State are too enlightened to allow willing tools in the national secretariat to hand over our state to some expansionist adventurers who are in desperate search for additional territories for their insatiable economic exploitation.”

The members of APC in Ogun State, he said have thus urged leaders of the party “to call Comrade Oshiomhole to order before he puts the chances of the party in the 2019 elections in jeopardy.

“Senator Ibikunle Amosun remains committed, and will work for the second term election of President Muhammadu Buhari. No provocation by Oshiomhole and his co-travellers, who are working against the interest of Mr President and the overall interest of the party, will change that,” the statement said.