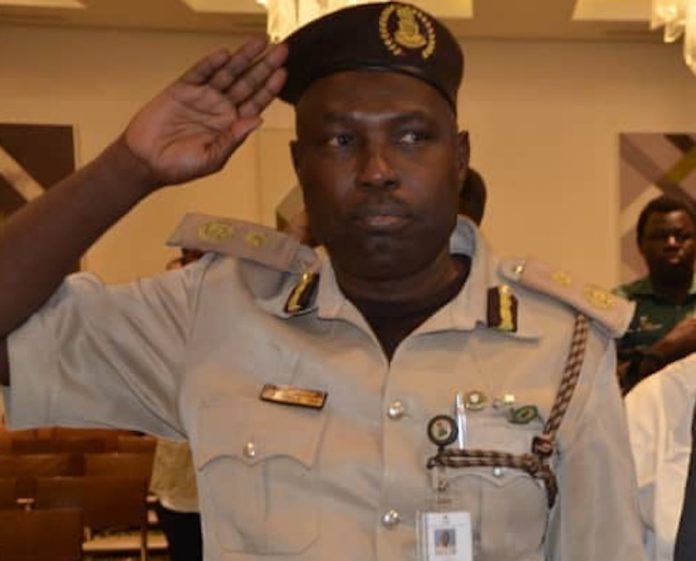 For the Ikoyi Passport Control Officer (PCO), Manir Yari, a Deputy Comptroller of Immigration (DCI), it was accolades galore from applicants as his reforms have started yielding fruits.

Yari’s three-pronged reform process include his customer-friendly approach, reduction in waiting time for passport delivery and curbing the menance of touting in and around the passport office.

THISDAY checks revealed that it now takes less than three days for an applicant without issues in his or her file to procure the International passport, as against what was obtainable in the past.

In the past, as was reported severally by the media, THISDAY inclusive, large number of persons were often seen clustering around the PCO’s office over the delay in issuing their international passports.

Recently however, the reverse seems to be the case due to the ingenuity of the PCO and his boss, Muhammad Babandede, the Comptroller General of Immigration (CGI).

Although Yari has won the heart of many applicants with the visible reforms, he however bagged the wrath of few immigration personnel, whose stock in trade is to extort applicants through delay tactics in procuring passport.

During a recent visit to the Ikoyi office, sanity reigned supreme as was collaborated by some officers and applicants.

Speaking on anonymity, one of the senior officers said: “Upon assumption of office, some of the challenges he met on ground were backlog of files, which had been lying unattended to for several months.

“Other major challenges we faced were epileptic power supply, influx of touts and extortionists and poor channels of tackling complaints.

“One of the major issues however, was the epileptic power supply. In the past, the office had no electricity at all as the Power Holding Company of Nigeria (PHCN) had cut off the light for several months, leaving us at the mercy of only generators.

“Also, with the backlog of unattended files, there was a lot of pressure coming from all cadres of the society for the production of their long awaited passport applications”.

It was gathered that this led to massive condemnation from the media, which certainly created an embarrassing image for the Immigration service.

The situation was further exacerbated by the lack of effective mechanism for handling complaints from customers.

Checks also revealed that the lull in production saw the boost of touts, who set about exploiting the situation by extorting money from the applicants.

The unit however has experienced some reformation with the assumption of office of the incumbent PCO.

A female senior officer who serves in one of the offices said they have been receiving several commendations from numerous applicants.

She said: “We are very happy about the reforms we carried out. We introduced some reforms for the clearance of backlogs, such as constant supply of booklets from our headquarters in Abuja.

“Addressing electricity problem by the service, 24 hours operations in the production unit, Saturday operations by the issuance/ collection unit to enable large number of applicants to collect their passports on non-working days, so as to reduce crowd on working days.

“Setting up performance target for the units and individual officers of the units and putting a time frame for the clearance of the back logs.

“Further additional reforms carried out for both sustainability of operations and comfort of the applicants include total clearance of backlogs and waiting for files after capturing, availability of booklets, sensitisation of the entire work force.

“They also include morning enlightenment briefing carried out by the Public Relations Officer to all applicants present, transparent process that is cashless system, processing of passports through the use of POS, which has created window for passport applicants to explore for the ease of doing business.

“The cashless policy has also helped in edging out of tout and touting and has also ensured that there is no delay in the production process, even without knowing anybody.

“We are giving credit for the success of the reforms to the Comptroller General of Immigration (CGI), Muhammad Babandede, who has taken measures to ensure consistent supply of passport booklets.

“It was in line with this that the CGI officially launched the use of POS platform in Ikoyi on July, 2018, for passport fee payment.”

Already, the introduction of passport with 10 years validity, which was one of the promises made by the CGI would soon take off.