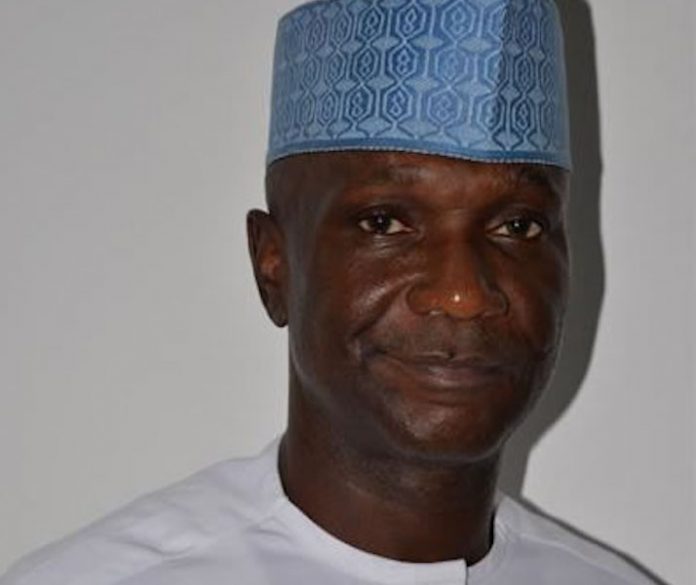 A leader of Peoples Democratic Party (PDP) in Kwara State, Alhaji Demola Banu, yesterday advised people of the state to shun all forms of distractions that may hinder the electoral victory of the party during the March 2, 2019, governorship election in the state.

Banu, who is also the state commissioner for finance, however, described  the recent rumour  on alleged forgery of the National Youths Service Corps(NYSC) certificate against the PDP governorship candidate in the state, Hon. Razak Atunwa, as uncalled for and political vendetta, that would not take the detractors to any electoral victory in the state.

Speaking with journalists in Ajase-Ipo in Irepodun Local Government Council Area of the state, during his monthly empowerment programme for the youths, women and other religious bodies, Banu described Atunwa as the most qualified among the gubernatorial candidates due to his experiences, which spanned years in several phases of governance in the state.

Banu said the PDP in the state has no regret over his emergence as the party governorship candidate in the state.

According to him, Atunwa is a political titan when compared to his counterpart in the All Progressives Congress (APC), Alhaji Abdulrahman Abdulrazaq, who he identified as a seasonal politician.

The Finance commissioner noted that the PDP governorship standard bearer was familiar with the terrain of public sector and does not need to undergo learning on how government businesses are conducted if elected in 2019 general elections.

He urged the people of the state to rally round the federal lawmaker in the polls in order to guarantee continuity in governance of the state.

He said: “There is no way you can compare Atunwa with the candidates of the other political parties; we don’t even know who really the APC candidate is.

“We were told that someone won and that they announced another person as the winner and that the issue is yet to be resolved”.

Banu added, “Let us even assume that Alhaji Abdulrazaq is the candidate, this is someone that we don’t even know much about.

“He has served as the Speaker of the State House of Assembly, he was a commissioner and he is currently a federal lawmaker. He knows what to do when he gets to power.

“He (Atunwa) knows the terrain, and he is not someone that is new to the public sector, who would for one or two years would be required to learn how government businesses are conducted.

“Atunwa will hit the ground running because he has the experience and the exposure unlike the other person”.

The Commissioner also released his monthly N500,000 empowerment scheme to the 11 wards in Irepodun Local Government Area of Kwara State, while he equally empowered the youth.

The Chairman, CAN, Ajase-ipo, Reverend Paul Oladimeji, while receiving the fund for the church development at Ajase-Ipo described Banu as a good worshipper of God, who has demonstrated spirit of love, unity and co- existence.

Also, while responding on behalf of the lmams, Alhaji Nasir Olori omo Kewu, commended the commissioner for the kind gesture, praying to Almighty Allah to continue to provide for his needs.

The cleric promised that the generators would be used judiciously, urging other stakeholders in the society to emulate the good deeds of Prophet Muhammed by giving to the needy.