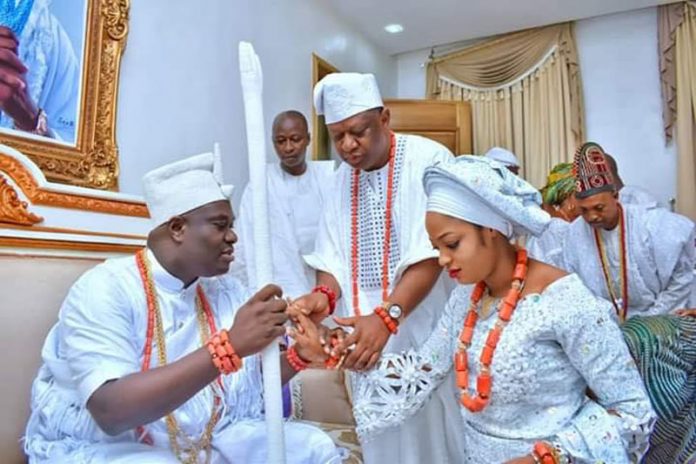 Ooni of Ife, Oba Adeyeye Enitan Ogunwusi, on Friday unveiled his new Queen, Miss Naomi Oluwaseyi. According to reports, Naomi, 25, is based in Akure, the Ondo State Capital, and is an evangelist. The new Queen is also the Founder/President of EN-HERALDS, a prophetic mandate and an interdenominational ministry founded in Akure, the Ondo state capital.

The monarch, who made the announcement through his social media platforms, praised his new Queen for her beauty, uniqueness and royal qualities and most especially, the fear of God she has. He stated, “I waited patiently upon the Almighty the King of kings, He eventually did it in the midst of many trials. Shilekunola, Moronke, Naomi; the greatest arsenal you can apply on this highly revered throne with many rules and regulations in the midst of undiluted tradition, heritage and culture is the ‘Fear of God In You’, which is the beginning of your wisdom on this throne of Oduduwa.

“You are welcome home my beautiful and adorable queen.” Oba Ogunwusi was previously married to two women at separate times, the more recent of which was Olori Wuraola Zaynab Otiti-Obanor.” According to a statement from the palace of the Ooni of Ife, revealed why the king opted for Olori Moronke Naomi Silekunola Ogunwusi. The palace said he married the woman because of the spiritual strength she will bring to the kingdom and the fear of God in her.

The statement further revealed that the marriage rights were done privately in Akure, Ondo State and she was later received at the Ooni’s palace. “Her Majesty, Olori Moronke Naomi Silekunola Ogunwusi is the new Yeyeluwa Oodua. Necessary rites fully performed,” th-e statement read. The Ooni Ojaja II, it was reported, received his new wife at the palace a day after he marked his 44th birthday amidst wild jubilation at Ile-Ife, Osun State on Thursday.

The duration and details of the royal couple’s relationship isn’t known. However, the Queen will be the King’s third wife, after Queen Adebukunola Ogunwusi whom he married in 2008 and Queen Wuraola Otiti. Both previous marriages of the supreme monarch appeared to have crashed due to irreconcilable differences with the latest marriage happening a year after the last one with Olori Wuraola ended, and linked to Omolara Olatubosun, with whom he had his only daughter, Princess Adeola Aanuoluwapo Ogunwusi.

Oba Ogunwusi, the fifth child in a family of seven is the spiritual leader of the Yoruba people now saddled with the responsibility of making supplications to God and the Òrìsà on behalf of his tribe and the world at large during annual festivals such as Olojo. He has served as the traditional ruler of the Yoruba Kingdom of Ile-Ife since 2015. Shortly after his coronation, Ooni Ogunwusi met with the Alaafin of Oyo and by so doing initiated a new era in the history of the Yoruba States.

He effectively broke the jinx of institutionalised discord between the thrones that had plagued Ile-Ife and Oyo for decades previously. The Oba is an advocate for the empowerment and emancipation of women and young people. He has transformed Ile-Ife into a tourist zone, with changes including the beautification, redesign and re-construction of the ancient city. Oba Ogunwusi is also a renowned philanthropist who is committed to humanity and an advocate for the less privileged.

He has granted support over the years through the House of Oduduwa Foundation and, recently, through Hopes Alive Initiative. For the new Queen, she started public ministry at the age of eighteen when she became a full time evangelist in October 2011. She has six siblings.

Not much is known of the new Queen. Not many saw it coming, especially after a member of the King’s inner circle had said, just two months ago, that the Oba would not be marrying anytime soon.

Ooni Adeyeye Ogunwusi was selected from amongst several well to do indigenes of Ile-Ife who were also heirs to the throne on 26 October 2015. He received his staff of office on 7 December 2015. He has been described as an ‘astute entrepreneur driven by the need to turn impossibilities into possibilities. Until his recent marriage, the revered monarch was single. 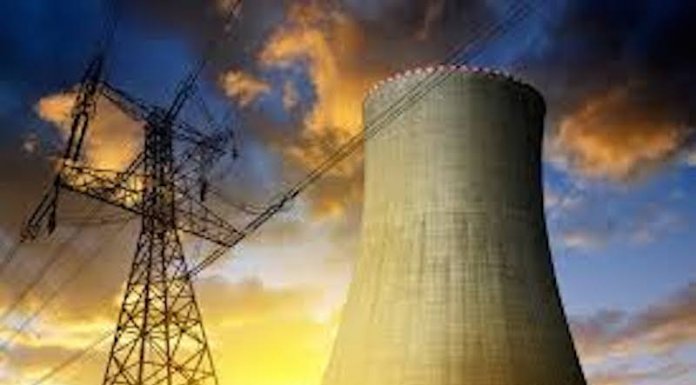