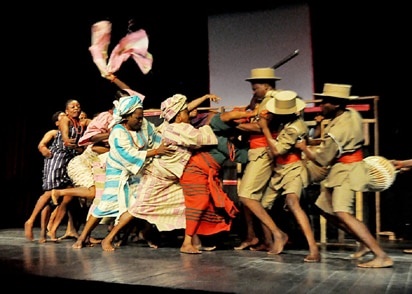 With few weeks to the 10th edition of the Songs of Nigeria Festival (SONIFES), the Executive Secretary of the festival, Chuks Akamadu, has promised that the event will be one to remember.

There will also be performances from poets, spoken word artists as well as other performers who will deliver the theme of the event ‘Harnessing the Beauty of Diversity’.

At a press briefing, Akamadu revealed that the major drive of the festival is to change the perspective that music is for only singing and dancing.

He said: “We have to preserve our songs and show that Nigerian music can cut across different generations. We don’t want a situation where the Nigerian music will be lost in the history of time. We are very insistent on preserving our sounds because music is a very key component of a people’s culture which implies that one has to guard it very jealously because it defines you as a person.

” SONIFES is simply our way of celebrating our musicians on an annual basis; go back to the roots and celebrate that which originated from us so that we won’t feel inferior to the Western world.

Generally, the main aim is to have cultural groups from different parts of the nation coming together to celebrate Nigerian songs.”

Launched in 2009, the festival has also been a social vehicle to address the different topical issues in the country. This year’s theme according to the organisers is an opportunity for Nigerians to be truthful about their identities.

“We often allow those things that should strengthen us as a nation to weaken us. Diversity is not supposed to be a limitation, we should be able to see the beauty in our diversity just like India and United States. If you look at the colour of the rainbow, the beauty lies in the different shades of colour.

“How come in Nigeria that diversity is our greatest limitation? It should be our strength and this is what SONiFES hope to address. We are going to use Nigerian songs, dramas, poems, spoken words to say that there is beauty in our diversity and this is the time for us to harness our diversity for optimal growth and prosperity of the Nigerian people,” Akamadu added.

Secretary to the Government of Federation, Boss Mustapha, will deliver the keynote speech while Victoria Aguiyi-Ironsi, wife of the First Military Head of State, will chair the festival.

Also present at the briefing was the Senior Brand Manager of Seven-Up Bottling Company, Segun Ogunleye, who stated that the objectives of the festival clearly align with the company’s vision.
He said: “The most impactful element of culture and entertainment heritage is the use of songs and rhythms. This explains why we are partnering with SONiFES because we are able to tap into a huge tremendous cultural identity that Nigeria is noted to have. This is seen across the country in the way we manifest our culture. We believe this festival is a good vehicle to harness our diversity.”
Initially scheduled for May, the event will now hold on November 15 at the Shehu Yar’Adua Centre in Abuja.