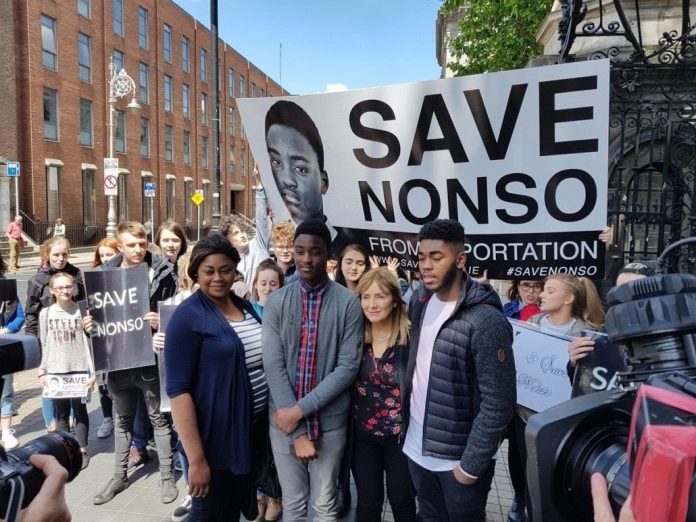 In a remarkable gesture that has received commendations from far and near, the classmates of a 14-year-old Nigerian boy identified as Nonso Muojeke, have saved the teenager and his family from being deported from Ireland.

It was revealed that Nonso alongside his mother and older brother have lived in Ireland since he was two after his father died in 2007.

His mother relocated to Ireland to escape ill-treatment but her application for asylum was declined and the family served a deportation order.

An application for humanitarian leave was refused in 2017 with the Irish Naturalisation and Immigration Service (INIS) telling them that it was time to return to Nigeria.
Classmates of Nonso, however, shared a petition that was signed by over 21,000 people, asking that the deportation order be revoked.

“It would be unfair for Nonso to return to a country he didn’t know,” they said.
The Department of Justice listened and revoked the order. Now the Muojeke family are free from any fear of immigration trouble and deportation.

“I would like to thank the Minister [for Justice] for the humane way in which he handled my case. I am very grateful to my friends, my school, the Tullamore community and everyone else who has supported me. I am really looking forward to my future here in Ireland. I didn’t really expect it to come so soon, I would have expected another year or two,” an evidently elated Nonso said.