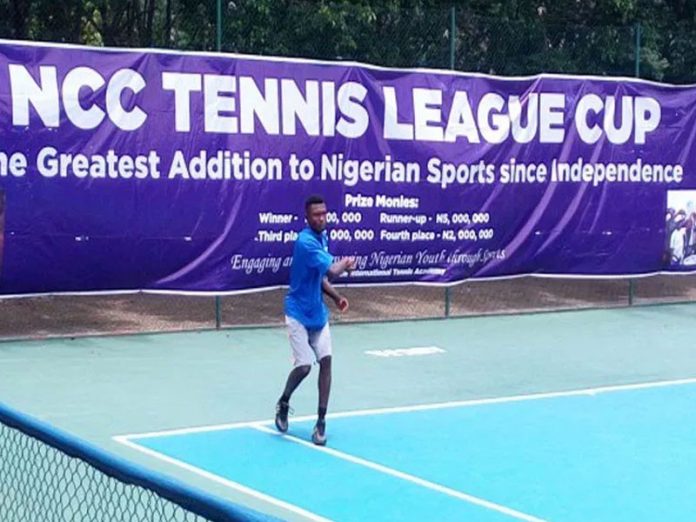 Nigerian Communication Commission (NCC), has described sports as the best weapon that can be deployed by the governments to reduce the menace of youth unemployment and crime in the Nigeria’s society.

To this end, NCC is to expend N25 million on talent hunt and promotion across the country.

Specifically, the telecommunication regulatory agency, is to spend the money on the promotion of tennis league, as the Federal Government’s body is presently sponsoring 12 teams across the six geo-political zones of the country to encourage the youths in developing their skills in the area of sports.

Speaking at the second round of the annual NCC Tennis League held at the Trade Fair Tennis Court in Ado Ekiti on Sunday where Team Yetade from Ado Ekiti had played Team Luik from Lekki in Lagos, NCC’s Principal Manager, Consumer Affairs Bureau, Mrs Oritseserundede Ajagbona, described the step taken by the commission as parts of its Corporate Social Responsibilities to the Nigerian society.

She said winner of the league event will be rewarded with a sum of N7 million, while runner up, third and fourth place would get N5 million, N4 million and N3 million respectively as rewards from the commission .

The NCC official added that each of the 12 teams in contention have been given a take-off grant of N500,000 for participating in the annual tennis event.

She said: “Sport is a very important instrument in the life of a nation to develop the potentials of our productive youths, many of which have taken into drugs and other crimes, this tennis league will build their potentials and take their minds away from these social vices.

“It is part of our social responsibilities targeted at generating activities for the youths and improve the qualities of Tennis players in our country.”

The Chairman of the Ekiti State Sports Council, Chief Deji Samo and Vice President, National Tennis Federation (NTF), Chief Yemi Owoseni, applauded the Commission for its intervention, saying the League was conceived to boost the morale of the youths and propel young tennis players across the nation.

Owoseeni, owner and sponsor of the Team Yetade added that the initiative came at the time when Nigerian governments is harping on the need for youths to discover their talents and make best use of them, rather than looking for free money through white collar jobs that are not readily available.

“This is an initiative that will make us showcase our talents to the outside world. It will also help the government to improve on the existing facilities once a tennis league is established. The utmost aim of this is for each participating team to discover its strength and weaknesses for sports development,” he concluded.