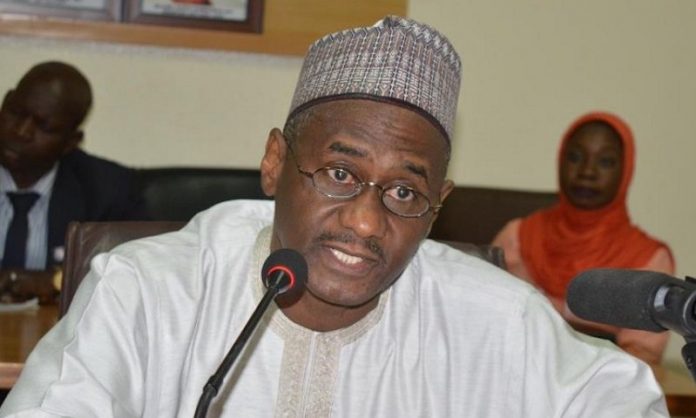 When Prof. Usman Yusuf was invited from the United States and appointed as the Executive Secretary of the National Health Insurance Scheme in 2016, he must have congratulated himself and saw an opportunity to help his country.

The scheme is aimed at providing easy access to healthcare for all Nigerians at an affordable cost through various prepayment systems.

Established under the National Health Insurance Scheme Act, Cap N42, Laws of the Federation of Nigeria, 2004, the NHIS had been struggling to realise its mandate and the federal government must have thought that Yusuf was the right man to put it on track.

An academic with industry experience in the United States from where the scheme was borrowed, is no doubt an asset for an organization that envisions progress that would make universal health coverage a reality in the country.

But if the government took the right decision by giving him the appointment, Yusuf must by now be asking himself whether his decision to take the offer was well though-out.
Since he stepped into the office, there has been a stiff resistance to him and what he represents by some established interests within and outside the NHIS secretariat.
A war of attrition was unleashed, and he looked like a soldier fighting a relentless army which employs conventional and guerrilla tactics.

Anyone who cared about the NHIS and has followed developments since Yusuf took over its affairs two years ago will not be surprised about the turn of events.
He obviously came to office with a burning desire to make impact, but found himself instead, fighting to create a conducive environment for success.

Yusuf was thrown into an office in an industry where stakeholders have conspired to undermine the system in such ways that it benefits them at the expense of the people they are meant to serve.
It is a multi-layer conspiracy that is only recently coming to light.
One layer of the criminal conspiracy in the health insurance scheme is the role of the Health Management Organisations (HMOs).

These are the organisations that act as intermediaries between the NHIS and hospitals that provide medical services to the insured. The NHIS gives money to the HMOs on behalf of beneficiaries, and they are expected to pay the hospitals for services rendered.
But what had been allegedly happening was that the HMOs have been collecting money from NHIS without remitting to the hospitals.

This has led to accumulated debts and refusal of hospitals to treat patients enrolled into the scheme, thereby defeating the purpose of the scheme.
Instead of paying the hospitals moneys due to them, the HMOs where-house the funds in commercial banks and trade with it at the detriment of poor Nigerians who have legitimate health insurance cover.
That is why more than 12 years after it was established to provide cover for a projected population of 180 million Nigerians by this year, the scheme has been able to cover only a miserable 1.5 per cent (about 3 million).

The HMOs have been feeding fat on money meant for the poor and the vulnerable. The NHIS boss came and found a cesspool of corruption and maladministration and an entrenched regime of official sabotage.
He thought, in good conscience, that it was an unacceptable situation and he quickly put the shovel to work. An audit of the NHIS data base and system yielded a rot that stunk to high heavens.
Some of Nigeria’s high-brow politicians are the men behind these HMOs and saw the NHIS as cash-cows for endless milking.

Billions were allegedly collected and not remitted to hospitals. Out of some 57 HMOs doing business with NHIS, it was discovered that less than 10 were competent to be engaged.
To compound the problem for the Yusuf-led management, some top staff of NHIS were neck-deep in the scam. Moneys were paid to HMOs for ghost beneficiaries. The audit showed that not less than 23,000 on NHIS list of beneficiaries were ghosts, meaning that some smart-alecs were diverting funds into their private accounts.

The NHIS boss must have been shocked beyond words at what he found in the books. Because shortly after he settled into office, he started turning the tables. He did two things that literarily caused earthquake in the health insurance sector.
First, he said all HMOs would have to be re-accredited to ascertain their competence and integrity. This was what led to the discovery that more than 80 percent of them were not qualified in the first place, and he threatened to delist them!

Second, he insisted on re-licencing all HMO accredited hospitals nationwide to find out those genuinely offering services, and those being used to syphon NHIS funds. These two decisions were like kicking a dusty ground during the harmattan-it raised so much dust that its still flying in the air more than a year after.
For daring to do the unthinkable, and for threatening entrenched and corrupt interests in the industry, Yusuf has now become endangered.

The dark forces are fighting, but they are not showing their faces or hands. Those who are stealing from the poor are using proxies to wage their insurgency.
Yusuf has been accused of corruption and nepotism, and it even led to his suspension. After investigations showed he was clean, he was asked to resume his duties. But the hawks are not relenting.
Recently, some members of the Association of Senior Civil Servants(ASCS) again called on the federal government to suspend the NHIS boss for alleged corrupt acts and for having seven policemen guarding him!

Omokwe, wrote in from Lagos