Chief Oludolapo Ibukun Akinkugbe, who turns 90 come December 5, can best be described as the doyen of pharmaceutical practice in Nigeria having qualified as a pharmacist from the School of Pharmacy in Yaba in 1949. He was the pioneer General Secretary of the defunct Nigerian Union of Pharmacists (NUP), and the fourth President of the Pharmaceutical Society of Nigeria (PSN). In this interview with journalists, the pharmacist-turned-boardroom guru speaks on the push by the Nigeria Academy of Pharmacy for research and innovation, inter-professional collaboration among healthcare professionals and other life issues. Martins Ifijeh brings excerpts:

How do we strengthen health institutions to engage in local production of drugs and ensure a viable drug distribution system in the country?
Capacity for local production is still a major problem because industrialisation is still finding its feet in Nigeria. And it is not just with drugs alone, but with many other food and household products. The problems of power supply, access to funds, regular water supply, as well as other skills needed in manufacturing apart from the pharmaceutical profession itself.
I think that ensuring a viable drug distribution system is probably going to be easier to achieve because we would need exposure to other business capacities apart from pharmaceutical education. Fortunately today, there are business schools, additional and supplementary courses that people can have which make it easier to start a business or access to finance and also the logistics of being able to run a medium-sized business. The questions of easy access to supplies, better access to funds and logistical practices would drive a viable drug distribution system.

Nigeria Academy of Pharmacy is initiating vehicles to drive meaningful research. What is your thought on this?
The Nigeria Academy of Pharmacy is in a well placed position to start working in that path. Most of the drugs we have in this country originate from the Western world which has diseases that are largely universal. But there are diseases which are of a tropical nature which the academy has also concentrated on in the past. Research into tropical medicine has often been treated as additional to research which cover diseases peculiar to the West. In the past, we have benefited a lot from research into Malaria, which is a major killer. There have also been research successes in engaging pandemics like Ebola and AIDS. However, there is this nagging feeling that maybe the West isn’t as interested in these diseases largely because they are not prevalent in their regon. Therefore it is important for those in the tropical areas to be able to look at peculiar problems in their environment, give it the desired attention it deserves by concentrating their research time on these subject matters.
This probably explains why in recent times, there has been a rekindled interest in sickle cell anemia, which has its roots in a tropical environment like ours. As an academy, I believe that NAPharm will give concern and greater concentration to the fundamental problems that are prevalent here and ensure that they no longer pose a problem to our people.

How do we deepen the use of local herbs and plants in drug manufacturing?
Less than a 100 years ago, we have been moving in the direction of Western medicine. As a result, people have tended to look down on herbal medicine. With the advances taking place in other countries like China, we see that there still a heavy reliance on herbal medicine. Thankfully, people have come to accept that each type of medicine has its own peculiarities and usefulness that we do not have to depend on just only chemotherapy and antibiotics, the old remedies still have a place and there might be a number of drugs from natural sources that can still emerge from plants which have escaped attention over the years; from our tropical forests or having a second look at the constituents to see whether they would be valuable for diseases which are common place but have tended been ignored. People have always used a combination of these drugs, as they have not completely abandoned our own ethnic plant portfolio of drugs. We still find a lot of usefulness in them and these are areas that I urge the Academy of Pharmacy to provide the requisite leadership, if not as a research centre but as a vehicle to assist research centre and efforts.

Our health sector has been plagued by infighting among professionals. How prevalent was this during your time and how do we put an end to it?
Inter-professional rivalry in the health sector is not new. Most cases, you will find out that the people who are most vocal about this question of leadership are themselves the mediocres. They are the ones who always love to push people back, preventing them from emerging as full-fledged professionals. Leadership is something that must be earned and it can emerge from any sector. In academic circles, people are trained to appreciate other disciplines; you cannot say that it is only your own that is paramount. When people come together from time to time, leaders ought to emerge from among them to push projects forward. Even among doctors, different disciplines, if you are a cardiologist, you cannot say that you are better than a psychiatrist and so too it is with other professionals in the field. The people who make these medical instruments and equipments, at times have sharper minds than those who are surgeons and probably with medical engineers and those who research and come up with new drugs, a number of them may not even be medical professors themselves. I think that emphasis should be placed on appreciation of each other’s contribution rather than the scope of work or leadership.

Who are your role models?
My primary role model was the founder of my secondary school, Rt. Rev. Canon Moses Craig Akinpelumi Adeyemi. He was born around the 1880s and graduated from Fourah Bay College which was then affiliated to Durham University during the first decade of the 20th century. He made his contribution when he was probably the only graduate in his community and at a time that there were not more than 30 graduates in the whole country many of whom were arts graduates. But he made tremendous sacrifice to educate his community. He had very little advantage for himself. He had the opportunity of exploiting his people, acquiring their assets, he never did. However, he was a happy man, much respected in the community. When he lived, he did so frugally, but happily; and when he died, he had very little left even for his family. But the community realised his importance and rose up to make sure that his family did not want largely because they knew that he gave of his best to his community.

He was my god-father, my principal. My classroom was in his office when there were only two of us as pupils in a prep class in the secondary school. We had a class teacher who taught two students and I ate all my afternoon meals in his home for more than six years. He was the first one to take me out from my hometown in Ondo to Lagos and I remember that this was an epic journey. He had an old jalopy which broke down less than 30 miles out of Ondo but he was a happy man. He laughed all throughout his lifetime, I never saw him in any sorry or sulky happenstance. He was later made a member of the Legislative Council representing Ondo Province in the legislature. Unfortunately he died when he was only 60 and we thought that he was a very old man. He inspired me – the idea of service above self and I think that he had the most effective influence on my life.

What piece of advice would you give to young people looking to emulate you and make a difference in their generation?
I would like to say to them – keep working, keep working. Do not give up. Sometimes when you have disappointments it provides an opportunity for you to find solutions. Sometimes when you think that what has happened would be the end of the world, it is just the beginning. I always like to tell the story of myself and three of my friends. When we sat for our first examinations after leaving school, I was the only one picked and I thought that I was the best and cleverest. Three months later, there were only three of them and what two of them got was better than what I got, leaving one. And the fourth friend felt so dejected that he wasn’t picked for the first or the second but when his own opportunity appeared, it was the best of the four. So he had the last laugh of the four of us and I learnt the virtue of waiting for one’s own time to come.

You have been a major player in the governance of several manufacturing and business enterprises, what are key success factors that have made you the towering presence and shrewd entrepreneurial giant that you are?
Well, one key success factor would be the art of listening. Keep your eyes open; keep your ears open. When you do these, you would be able to identify opportunities when they come. When people suggest to you that you must jump at opportunities, you don’t know when they will come so you keep on jumping. These are the major things in life that one must go on; you don’t stop because you never know when these opportunities will arise.
Sum up your philosophy on life in one sentence.
Keep working; just keep working and never give up.

editor - April 2, 2020 12:06 am
1
The Verdict By Olusegun Adeniyi, Email: olusegun.adeniyi@thisdaylive.com "Social distancing is a privilege. It means you live in a house large enough to practise it. Hand... 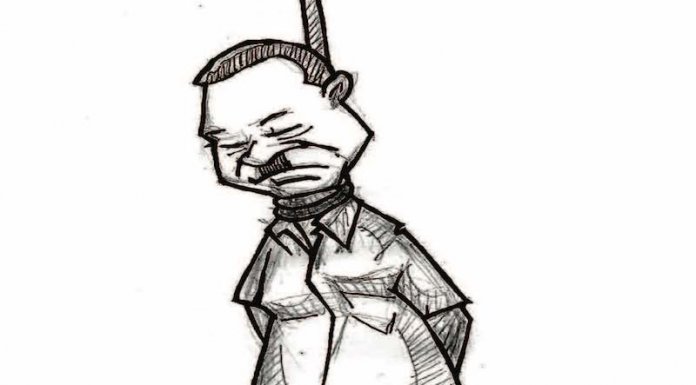