The Edo State Government is set to commence the screening and payment of pension arrears to pensioners in batch 46, in the state.

The exercise according to the Permanent Secretary/ Chairman, Edo State Pension Bureau, I. D. S. Juwobor, is in continuation of the on-going payment of pension arrears for state government pensioners.

“All pensioners in batch 46 are hereby invited to present themselves for physical and documentary verification at the Imaguero Hall, Benin City on Wednesday 17th and Thursday 18thOctober, 2018 at 9.00am each day,” the statement urged.

“This announcement also serves as a notice to pensioners in batches 37, 38, 39, 40, 41, 42, 43, 44 and 45 who failed to participate in the previous verification exercises to take advantage of the scheduled forthcoming screening exercise alongside pensioners in batch46,” Juwobor said.

He added: “State Government Pensioners in batch 46 and the spill over batches of 37-45 are advised to check the list of pensioners scheduled for the screening on the notice board in the office of the Head of Service on Monday 15 andTuesday 16, October 2018.

“In furtherance of this, affected pensioners are advised to come to the venue of the verification exercise with the following documents on the scheduled dates of 17th and 18th October, 2018:Pension Authority; Retirement Letter; Letter of First Appointment; Pension Identity Card; Biometric Slip; and Bank details including bank name and Account Number.”

The permanent secretary advised that “Pensioners who were screened in batch 45 but did not receive payments through their bank, should report at the Pensions Bureau, Office of the Head of Service, with printouts of theirPension Account Bank Statements coveringSeptember and October, 2018 for the ascertainment of their claims.”

“Upon the conclusion of the verification exercise, the outstanding pension arrears of those screened will be credited into the pension account of each pensioner after necessary documentation by relevant agencies involved in the payment process,” he assured. 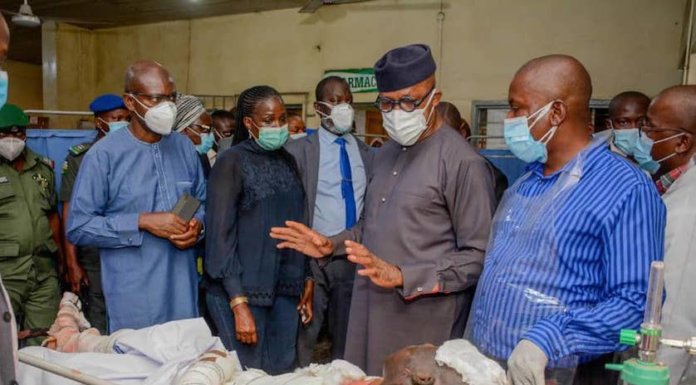