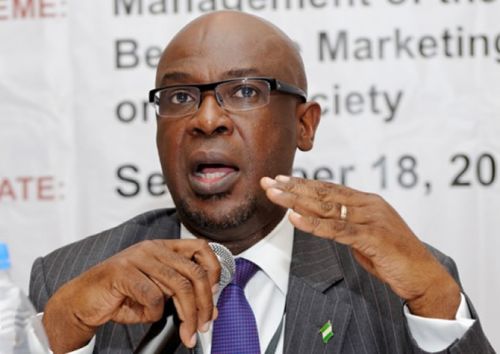 Akinwunmi, who spoke at the launch of a book, SKIN for SKIN: The Prima Garnet Story, in Lagos recently, said the nature and structure of the current Information Ministry is more of a colonial relic and cannot cater to the robust, interactive communications needs of a developing country in the 21st century.

The advertising guru, who at one time, headed the federal government’s rebranding project said there was no good reason the Information Ministry would be different from the Ministry of Communications and insisted the two should be merged into a single Ministry to be known as Ministry of Public Communications.

Such an arrangement, he said would enable a strategic approach to positively manage the perception of government and its leaders while at the same time ensuring a stronger engagement between the government and the people by exploring technology and all other interfaces needed to effectively communicate with the people and engage the international community.

“We do not need a Ministry of Information that is separate from the Ministry of Communications because the two are so intertwined there is no need to separate them in this modern time.

“There is urgent need for the redesign and refocus of the Information Ministry to enable it properly serve as the communications engine of the country, instead of just being the mouthpiece of the federal government,” Akinwunmi stated.

The book launch, which coincided with the 60th birthday of the former Chairman of the Advertising Practitioners Council of Nigeria (APCON), also witnessed the launch of the Lolu Akinwunmi Family Foundation (LAFF), a platform, he said has been created to enable him and members of his family to give back to society.

Also speaking at the event, Vice President of Nigeria, Prof Yemi Osinbajo, who was the Special Guest of Honour, commended Akinwunmi’s contributions to the growth and development of Advertising and Marketing Communications in the country, saying his virtues of honesty have become critical, especially in the Nigeria of today.

Osinbajo, who noted that living to certain standards of uprightness had become difficult in Nigeria, also advised leaders and professionals to help in sustaining the conversations that will ensure Nigeria is lifted to its deserved place as a leader in Africa and the world

“A lot of us have chosen to live by certain ideals. But how do we sustain our ideals when those ideals are facing the marketplace that runs against those ideals?

“We wake up everyday with the intention to do our best. But such are almost impossible without dependence on Jesus for daily inspiration,” the Vice President stated.

He called on Mr Akinwunmi and all Nigerians to continue to pray and work towards the growth of the country, believing that such was the only way the country will be placed on the path of sustainable growth.

“We cannot get tired of working for the growth of the country. We cannot also say because yesterday’s efforts were fruitless, we’d stop working today. There’s no success until we breathe our last,” Prof Osinbajo concluded.