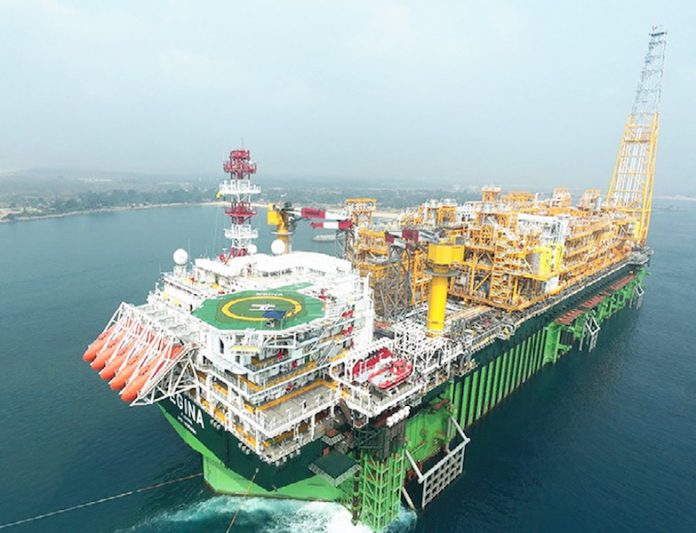 The ongoing war of attrition between Lagos Deep Offshore Logistic Base (LADOL) and Samsung Heavy Industries Nigeria, if not well managed will erode investors’ confidence in Nigeria and dash any hope of further investment in FPSOs, writes Eromosele Abiodun

Over the years, all the floating production, storage and offloading vessels (FPSOs) operating in Nigeria’s oil and gas industry were built and integrated in foreign yards, denying Nigeria the huge benefits of growing her gross domestic product (GDP) through in-country domiciliation of the huge expenditure, and local capacity development, as well as job creation.

However, with the signing into law of the Nigerian Oil and Gas Industry Content Development (NOGICD) Act on April 22, 2010 by former President Goodluck Jonathan, the law mandated the Nigerian Content Development and Monitoring Board (NCDMB) to deepen the participation of Nigerians and Nigerian facilities in the oil and gas industry, by facilitating local capacity development and ensuring that the execution of large components of any project is domiciled in-country.

The law empowers NCDMB to maximise local participation in the oil and gas industry as part of the efforts to build local manpower and facilities, curb capital flight and create job opportunities for Nigerians in the industry. NCDMB, not only insisted that any future integration of FPSOs must be carried out locally; the agency also directed that a large fabrication scope of FPSO project must be performed in Nigeria.

In order to carry out the local fabrication and integration of the Egina FPSO as required by Total and the NCDMB, Samsung Heavy industries surveyed local facilities, but eventually decided to build a new fabrication and integration yard with $300 million of investment to keep the international standards level of quality and safety, within the Lagos Deep Offshore Logistic Base (LADOL) Free Zone, which was then a virgin land mass. The investment led to the creation of an independent entity, Samsung Yard (SHI-MCI FZE) in LADOL Free Zone, Tarkwa Bay.

The Egina FPSO is not the first FPSO to be deployed in Nigeria’s oil and gas industry as the country currently has 14 FPSOs, all built in foreign yards. Out of these 14 FPSOs, five were built for giant deep offshore oil fields – Shell’s Bonga, ExxonMobil’s Erha, Chevron’s Agbami and Total’s Akpo and Usan fields, all located several kilometres offshore, in water depths ranging from 200 metres to 1.2 kilometres. The uniqueness of the Egina FPSO lies in the fact that apart from being the largest FPSO in Nigeria, it will also be the first FPSO to be fabricated and integrated locally in Nigeria, and across the African continent.

In line with the federal government’s directive, the local fabrication and integration of the Egina FPSO has boosted technology transfer and the development of indigenous manpower and facilities, as evidenced in the construction of the Samsung yard and the training of Nigerian technicians, engineers and other professionals by SHI. The yard has already provided 1,200 employment opportunities in the areas of welding, fitting and other support services, while the cascade effect outside the yard will generate huge jobs over the coming years.

The local fabrication and Integration of the Egina FPSO in Samsung yard has helped Nigerians to build more local capacity in increasingly challenging skills. By executing these jobs locally, the funds that could have left the shores of Nigeria for financing the fabrication in foreign yards are retained in the Nigerian economy.

Apart from Nigerians acquiring new skills set in the oil and gas sector, the execution of the project locally also contributed to Nigeria’s GDP. Being the first fabrication and integration facility in Africa, the Samsung Yard (SHI-MCI FZE) has positioned Nigeria to become the hub of oil and gas business and shipbuilding in the continent as all future FPSOs in the Gulf of Guinea will be fabricated and integrated in Nigeria.

Following the stellar work done by SHI, the FPSO arrived in Nigeria early this year and sailed off late August this year. However, the partnership between LADOL and Samsung has since soured following claims by Samsung that LADOL, its local content partner demand 1 per cent free on board (FOB) of the $3.3 billion project value, which amounts to $33 million. Meanwhile, LADOL denies this claim stressing that trouble began when its joint bid with Samsung was successful and it was awarded the Egina FPSO EPC contract in the sum of over $3.1 billion. LADOL claims that unknown to it, the contract included a sum of $214 million for the construction of the upgrade of the fabrication and integration facilities at LADOL.

“As soon as the Egina FPSO contract was awarded, Samsung took every step and opportunity to exclude LADOL from the local content elements of the contract so as to appropriate to itself the upgrade and ownership of the fabrication and integration facility at LADOL,”LADOL claimed.

They added, “In particular, Samsung unilaterally fixed the EPC costs of upgrading the fabrication and integration facility at LADOL at US$300 million, refused to have the upgrade project financed as was typical of such facilities, insisted on providing corporate finance on its own terms and asked LADOL to provide $240million as debt and equity to pay for its 80 per cent ownership of SHI MCI FZE and the facility.”

Samsung, however, denounced LADOL’s claims, arguing that LADIOL was not excluded from participation adding, “They had their opportunity, but failed to meet with their financial contractual obligations. Moreover, LADOL is one of the main beneficiaries of Egina FPSO project. SHIN/SHI-MCI have paid huge amount of money in the name of land lease fee and various service charges. In addition, SHI Korea, which is the parent company of SHIN provided full guaranty for the debt financing including MCI’s portion, which ultimately gave significant relief in financial burden of LADOL. Samsung didn’t push LADOL to take unreasonable financial burden for 80 per cent of share; it was LADOL itself, which insisted to take 80 per cent of share beyond its financial capacity.”

Following the bitter disagreement, Global Resources Management Limited (GRML), a subsidiary of LADOL, on September 5th this year, terminated SHI MCI FZE’s sublease. The development deepened the disagreement between the parties, raising concerns around breach of contracts. Samsung was as a result, denied access to the fabrication yard, putting the FPSO in Danger.

Reacting to the development, the Managing Director of Samsung Heavy Industries Nigeria (SHIN) Limited, the parent company of SHI MCI FZE, Mr. Yong-ho Jo, stated that the denial of SHIN workers access to the company’s $300 million fabrication and integration yard in LADOL Free Zone by the management of the free zone might delay the December 2018 first oil for the 200,000 barrels per day Egina deepwater field.

Jo, who disclosed this in a chat with THISDAY, said if not for the speed with which his company fabricated some modules weeks ahead of schedule, the Egina deepwater project would have been stalled.

He, however, assured that Samsung would do everything humanly possible to ensure that Total achieves its December target for first crude oil from the field.

According to him, “The delay did not allow us move some materials offshore because it had an impact on our schedule. We had a time frame within which we were to install mooring chains.

What saved us was that we were ahead of our schedule by six days without that we would not be sitting here talking about the project.

This shutdown of our yard has impacted our effort of moving some needed materials to the vessel earlier than we should. Definitely, it will have an impact on the December date,” he explained.

He added that the delay will also increase cost as his company would have to employ more hands and equipment to enable it get back some of the time the two weeks shutdown has set it back.

He also stated that even if it is able to drill the first crude oil from the vessel, a lot of work still needed to be done hence the need for the yard manager to exercise restraint in its actions.

He called on the relevant authorities to ensure that his company’s dispute with LADOL was resolved in the best interest of Nigeria as investors all over the world were aware of the matter and are watching.

LADOL had also claimed that the fabrication yard did not belong to SHI because Total brought the money used in building the yard.

LADOL made the claim relying on a letter dated February 14, 2018, by the Managing Director of Total, but the Samsung MD faulted LADOL’s position, saying “It is totally untrue that Total paid Samsung any amount for the upgrade of any facilities. LADOL keeps misleading the public based on its own allegations about engineering procurement contract (EPC) terms and conditions of Egina FPSO project, where LADOL has no authority to access the details. Total did not make any investment in the yard. Total’s MD did indeed make the referenced statement in the said letter of February 14, 2018.

“SHIN, conscious of the fact that LADOL may deliberately misapply/misinterpret this statement, consequently issued a letter to Total on the same date of February N14, 2018, requesting Total to clarify the purpose of the payment towards providing clarity to the Senate and other relevant parties.