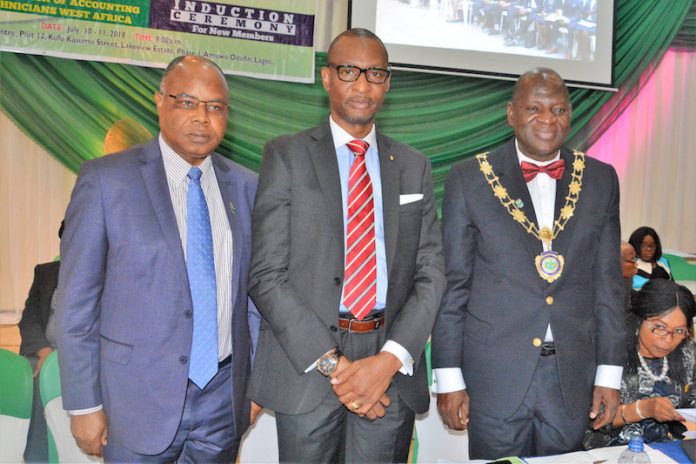 AIl may not be well with the 2018 Exposure Draft of the 2018 Nigerian Code of Corporate Governance as it were, as some critical sectors of the economy appear to have noticed certain shortfalls in the document, which they insisted negate its core objectives.

Numerous experts had contributed to the Exposure Draft of the 2018 Nigerian Code of Corporate Governance (NCCG), addressing germane issues required to achieve the national desire for an enabling business environment on account that it was important for both for boosting investor confidence, growth and the development of the economy.

The Exposed Draft of the 2018 Nigerian Corporate Governance Code was conceptualised because of the need to ensure robust and inclusive business environment in the country. This informed the decision of the federal government to set up a committee to review the suspended National Code of Corporate Governance 2016 (NCCG). Specifically, the 2016 Code was considered too strong and prescriptive. In addition, the implementation of the code with respect to non-for-profit organisations had generated a lot of controversies especially among religious organisations.

The Institute of Chartered Accountants of Nigeria (ICAN) has, however, picked holes in the Exposure Draft of the 2018 Corporate Governance Code, insisting that the code was not strong enough to engender investor confidence and could discourage Foreign Direct Investment (FDIs) into the nation’s economy even. It stated that as an institute committed to supporting the federal government to grow and the develop the local economy, it was important that it made its observations known to all stakeholders.

The Institute said it decided to create the awareness as part of its collaborative support to the Financial Reporting Council of Nigeria (FRCN) in its widely acknowledged efforts at carrying stakeholders along on the Exposure Draft of the 2018 Nigerian Corporate Governance Code as exemplified in the road shows conducted by FRCN across the federation.

ICAN President, Rasaq Jaiyola, which made the institute’s position known in Lagos recently, stated that the institute’s objective was to educate the public on what corporate governance was all about and to encourage the investing public to read the code as it has serious implications on governance of their investment . He stressed the importance of a robust corporate governance code in achieving sustainable and inclusive growth and development in an economy.

Jaiyeola reiterated the institute’s commitment to the growth and development of the nation’s economy pointing out that the institute was “poised at supporting government’s efforts in building investor confidence to attract Foreign Direct Investment (FDI) into the country. We should know as a country that we do not have a divine right to FDI, hence we must create the environment to attract such investments.”

Stressing the importance of the corporate governance code, Jaiyeola stated that Corporate Governance Code was a national advertorial to the whole world that indicates how companies are to be managed and governed in a country or an economic entity. According to him, it is not a document that should be weak as to easily enable the compromise of investors’ capital and erode their confidence.

He further stressed that the stronger a corporate governance code is, the greater the protection of investors’ capital and is also able to guard against the expropriation of the interest of minorities and non-equity shareholders.

The ICAN President lamented that until now, the Nigerian corporate governance environment was replete with concentrated equity ownership, with majority shareholders working in absolute concert with executive management adding that in law, majority can exclusively appoint directors using equity control.

According to him, this is why in concentrated equity environments, like Nigeria, the dominant conflicts are usually between the majority shareholders and minorities, with the latter not even treated as part-owners, while the non-equity, but financial stakeholders are merely tolerated. He argued that, “This is the undesirable outcome of a very extreme ‘shareholder focus’ which all previous sectoral governance codes appear to have adopted in the country.”

“As implied in the 2018 Code, a principles-based Code does not mean a voluntary code, but rather voluntary application of the provisions of the code. We are of the opinion that the expression “voluntary” on page xiii of the 2018 Code should be removed from the Code. The Institute recommends that INED should be added to Para. 4.1 in the 2018 Code to read, “The Board should ensure that Directors, especially Independent Non-Executive Directors (INEDs) and Non-Executive Directors (NEDs), have access to independent professional advice as Directors.”

INEDs occupy a pre-eminent position in corporate governance oversight, hence they chair oversight committees and form a majority. Their purpose is to sustain board independence, give protection to widely dispersed minorities and non-equity stakeholders, and protect the independence and objectivity of the audit process,” he stated.

Continuing he stressed that, “The Institute is concerned by the provision that each Board Committee is to be composed of at least three members, with a majority of INEDs, where possible. There is need to clarify that, at least, for listed companies, under no circumstance should companies have a majority of NEDs on audit, remuneration and nomination committees, these three being oversight committees.

ICAN recommends that the 2018 Code should explicitly indicate the processes with which minority shareholders may be adequately protected from abusive actions by controlling shareholders, which is the principal remit of any corporate governance code in a concentrated ownership environment.

Jaiyeola commended the FRCN for its sustained efforts at improving the business environment in Nigeria with a view to attracting the much-needed FDI into the country.