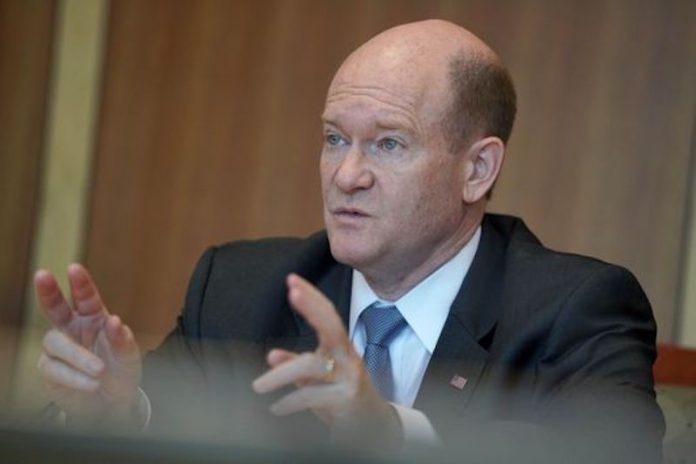 Two United States senators, Chris Coons (D-Del.) and Cory Booker (D-N.J.), both members of the Senate Foreign Relations Committee, have raised concerns about the credibility of elections in Nigeria following allegations of political interference in the latest governorship polls. Coons and Booker said in a joint statement that though the Independent National Electoral Commission (INEC) had been commended by observers for its conduct of the recent polls, concerns remained about the prospects of free and fair elections in the country.

The statement read, “As members of the Senate Foreign Relations Committee, we are troubled by reports of incidents of political interference and intimidation of voters, journalists, and civil society observers in Nigeria by some security agencies and political party supporters. Nigeria is Africa’s largest economy and a key U.S. partner on the continent.

“While domestic and international election observers have credited electoral authorities for their administration of elections thus far, we are concerned about the prospects for a free, fair and credible democratic process in Nigeria in light of recent interference by government security forces on peaceful assembly and freedom of expression, as well as ongoing security threats and communal tensions in several regions of the country.

“General elections in February 2019 will be an important step for Nigeria to consolidate democratic gains achieved in the last two decades since the transition from military to civilian democratic rule. We are watching the parties’ primaries with interest, and we call on party leaders, electoral authorities, security officials, and all Nigerians to respect the political process and safeguard free, fair, credible, and peaceful elections that reflect the will of the people.”

Governorship elections were held on September 22 in Osun State and won by the ruling All Progressives Congress (APC) after initially being declared inconclusive by INEC. After the voting on September 22, the candidate of the main opposition party, Peoples Democratic Party (PDP), Senator Ademola Adeleke, had won the majority of votes. He was followed by the APC candidate, Gboyega Oyetola. But INEC declared the election inconclusive and conducted a rerun on September 27. After adding up the votes, Oyetola was declared winner by INEC.

APC had also won an earlier governorship poll in Ekiti State on July14. In both elections, PDP and other opposition elements alleged foul play and interference by the ruling APC.