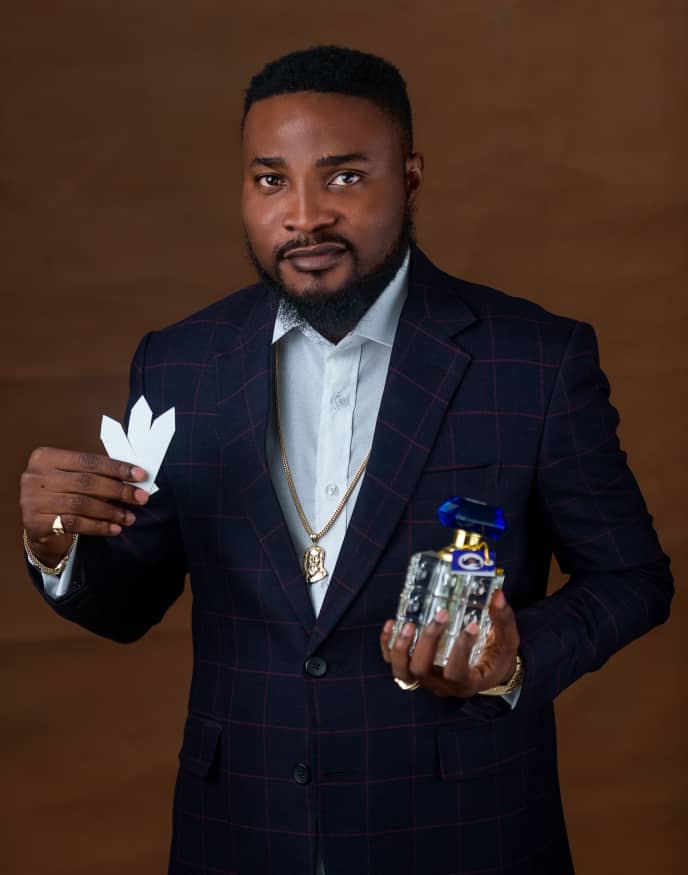 Adewale Aladejana is a perfumer whose works have earned the patronage of high profile individuals, celebrities and public figures. Aladejana’s Sapphire Scents, which he started with just N30,000 some years back, is now a global brand. The perfume brand is known for excellence and uniqueness, making it more Nigerian, with names such as Jagaban and Arewa that promote the Nigerian feel. This perfumer shares his journey and Sapphire Scents’ growth into one of the most reputable Nigerian made brand, with Tosin Clegg

I grew up in Ibadan

My early years were in Ibadan, Oyo State. I attended Staff School University of Ibadan, Kings College Lagos and The International School Ibadan. Growing up was fun, we lived very well, my father loved big houses; all our houses were huge. We had a library and I loved reading a lot of books and that helped my imagination. I still try to read a lot. I am a big dreamer too.

I was born with a silver spoon

We had the biggest house on my street in Ibadan and my father made sure we lacked nothing. I grew up believing that fathers were magicians; there was nothing you wanted from my father that you couldn’t get as long as you told him. He would tell you to go and pray and after that, he would give you whatever you wanted.

My background made me think big

My father didn’t do small things. My father taught me the importance of hardwork, class, quality and integrity. Very early, I learnt the importance of doing things properly and very well. I saw excellence all around me while I was growing up and I learnt to imbibe that.

My father was Prince Bisi Aladejana of Iworoko Ekiti. He had the most successful book store in Ibadan at the time called Bisi Books. He was appointed as one of the commissioners who conducted the June 12 election and later became a federal commissioner at the Revenue Mobilisation Allocation and Fiscal Commission, which was the post he held till he died in 2010. My mother is Mrs. Adunni Aladejana from Akure Ondo State. My mum was a home maker while we grew up and she later started various businesses.

The best gift I remember receiving as a child

It must have been my FUBU trainers from my sister and my G-Shock watch from my uncle. I cherished them. G-Shock watches were the rave then and if you had one of those, it was a big deal. Also, this designer called ‘For Us By Us’ was also very hot. We would check out shoes on footlocker and other websites. I was the only one with my kind of trainers and yellow G-Shock I felt so cool.

My wife and I met on Facebook, although we both attended Bowen University but we didn’t meet in school. We got talking and we met and I ended up proposing to her at Oba Tejuoso’s palace, who was also the chairman at our wedding.

The most difficult thing that ever happened to me

It must have been the way I was transferred from my office from Benin to Abuja without accommodation or transportation with a seven months pregnant wife and for the next 10 months, my wife, daughter and I squatted on a mattress on the floor in my younger brother’s house. God changed our story five months after Sapphire Scents started.

When I was supposed to go for NYSC, I didn’t go because I had a magazine project I was working on and that put a strain on our relationship and we didn’t talk till the project failed and I came back home like a prodigal son. I learnt that you can’t dishonour your father and do well.

My high points in life

My biggest high is for someone to ask ‘what perfume are you wearing?’ Or for my distributors to tell me how they sold out their perfumes in record time.

My biggest fear is believing or living on lies

The bible says there is a way that seems right to a man but the end is destruction. Some people are living on lies but they don’t know. Imagine getting to the tail end when it is too late and you realise that all the values you hold dear are not real. The only people I hold in high esteem are those who fear God that’s a value that is based on truth.

I still desire for things

I long for the time when there will be a bottle of Sapphire Scents in every home and generations yet unborn will say things like ‘my grandmother introduced me to this perfume’.

Because I was looking for a way to earn extra money and God began to bless it, I would advertise on social media and I began to sell every day. People would make orders from everywhere and at my break time, I would rush to Chisco Motors to go and send perfumer to my customers. In three months of doing that I made N1 million. On August 24, 2015, my pastor,  Biodun Fatoyinbo of COZA gave me another N1 million and encouraged me to expand the business and prayed for me. He said ‘this money will not finish, go and explode and takeover.’

Today by God’s grace Sapphire Scents is a multi-million dollar business with over 400 distributors in 20 states of Nigeria, the UK, US, Ghana, Canada, Cyprus and Cameroon and we have kept growing. In five years, by God’s grace, Sapphire Scents would be the most formidable perfume brand in Africa. We must conquer Africa because over 200 million people represent a big market for any business and that’s where we are headed. We should be the highest and fastest selling perfume brand in the world by God’s grace. Already, we have a factory in Abuja and we are the first perfume brand to have both NAFDAC and SON certifications.

You need mentors and a problem shared is half solved. Don’t fight your battles alone and when God wants to bless you, He will not come down from heaven, He will use men.